Revamping Quad: What It Means For Regional Security? 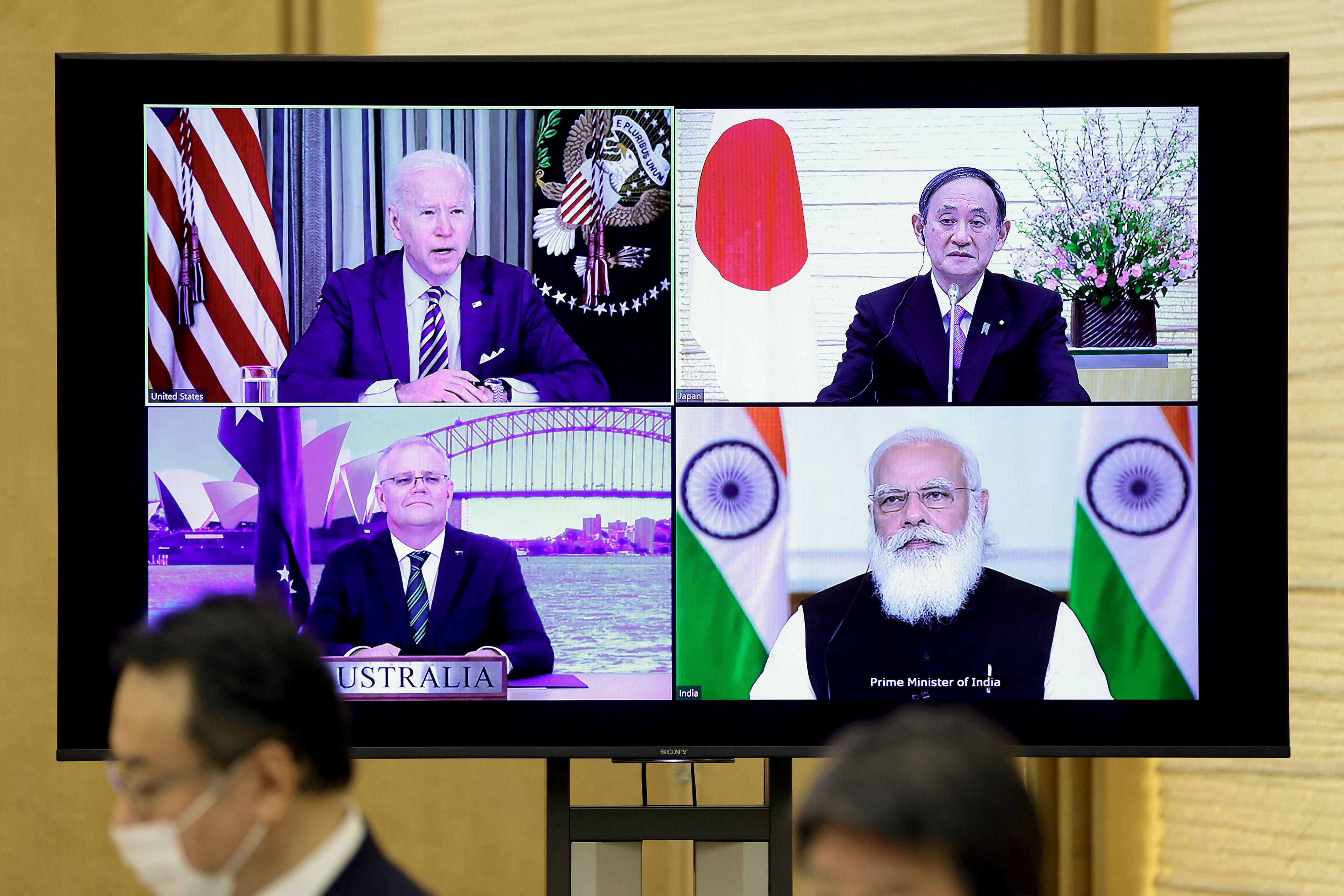 After nearly a decade of inactivity, quite recently ‘Quadrilateral Security Dialogue’ (Quad) has somehow created considerable hype in the international arena. It has been flaunted by many as something resembling an attempt at make-believe Asian NATO, created to counter China. Quad has been transformed from an informal consultative forum to a structural strategic mechanism with a particular focus on Indo-Pacific security. The primary purpose of Quad is to uphold U.S supremacy in Indo-Pacific while containing China. Since Quad is among the multilateral mechanisms that are being used by the US to counter the rise of China. There is a realization in Washington that in the short term Beijing wants to change the regional order in Indo-Pacific by overthrowing U.S supremacy and that cannot be allowed. The Trump administration resurrected Quad back in 2017 and envisioned it as a multilateral forum to engage China’s neighbors without directly antagonizing Beijing.

The Biden administration not only seems to share its predecessor’s Chinese apprehensions but also even taking it a notch up. From being an informal consultative forum, Quad has been transformed into a comprehensive strategic platform. It was former Japanese Prime Minister Shinzo Abe who came up with the idea that four major democracies in the Indo-Pacific region (U.S, India, Australia, and Japan) need to proactively engage with China to dissuade Beijing from tinkering international order. On paper, Quad has existed for over a decade but its first leaders’ summit took place just this month. Before 2021, only two foreign minister-level meetings were held in over a decade.

But now, there appears a real shift in Quad’s pace. In the recently concluded virtual summit, a blueprint to establish an institutional framework for Quad has been deliberated. An in-person leaders’ summit has been scheduled before the end of this year. Further, it has been decided that ministerial-level meetings would be held annually, and working groups of experts would meet regularly. The leaders’ summit further announced the creation of three joint working groups dealing with COVID-19, climate change, and critical and emerging technologies. A very crucial agenda item during the summit was ‘vaccine diplomacy’ which seemingly is dominated by China. In this regard, it has been announced that a billion doses of American vaccines would be manufactured in India with Japanese funds. Also, these would be delivered through Australian logistical expertise.

It is quite noteworthy that the national security experts in D.C think that global political order is under threat from revisionist powers. National Security Strategy 2017 and National Defense Strategy 2018 termed Russia and China as a revisionist power. Post World War II, liberal rules-based international order had been established. The U.S had enjoyed a sustained period of global hegemony. There is a realization in Washington that this hegemony and power comes from its ability to develop a strong and diverse coalition of allies, which can only be sustained by ensuring that the U.S can safeguard their interests. Now, these revisionist powers are challenging the US’s ability to safeguard the interests of its allies. Without this ability, the U.S won’t be able to sustain its alliances. The fact that China is now in a position to target the underlying tool of U.S hegemony appears to be an immense concern for the U.S security apparatus.

To assess what impact Quad can have on regional strategic stability, it is important to question what institutional framework would it take. The Indo-Pacific region is one of the most contentious regions in the world. There are two opinions as to what shape Quad can take. First, Quad would be an informal strategic arrangement to coordinate strategic alignment between member states. Among all the members of Quad, only India shares a land border with China. Even with the ongoing border dispute on LAC, India is the only member of Quad which has opposed the creation of ministerial-level joint working groups. Similarly, Australia and China are caught in the middle of nasty trade-related sanctions. An alliance without institutional coherence would not be able to make any serious attempt at containing China.  Second, that Quad has to be institutionalized to fully leverage the economic and military might of the member states. Both these scenarios would have a diverging impact on regional strategic stability.

The revamping of Quad would have serious regional strategic implications if a novel institutional structure is developed. There already exist multiple militarized conflicts scattered across the region but institutionalizing a massive military and economic bloc against China would compel Beijing to respond with force. This would seriously challenge the fickle strategic balance of the region. Furthermore, a multilateral alliance operating in this region undermining Chinese interests would likely have implications for Pakistan as well. Since Pakistan is already facing Indian hostilities across both the eastern and western border. China is also Pakistan’s biggest economic partner. If Quad develops an institutional framework, Islamabad, being a Chinese ally would likely become a target.  The exact institutional structure of the Quad is yet to be decided. But the framers would have to take into consideration that any military alliance in the Indo-Pacific region would further stroke the fire of hostilities and destabilize the strategic stability of the entire region and even beyond.

The writer is a Senior Research Fellow at Strategic Vision Institute. He can be reached at @dtarriq.