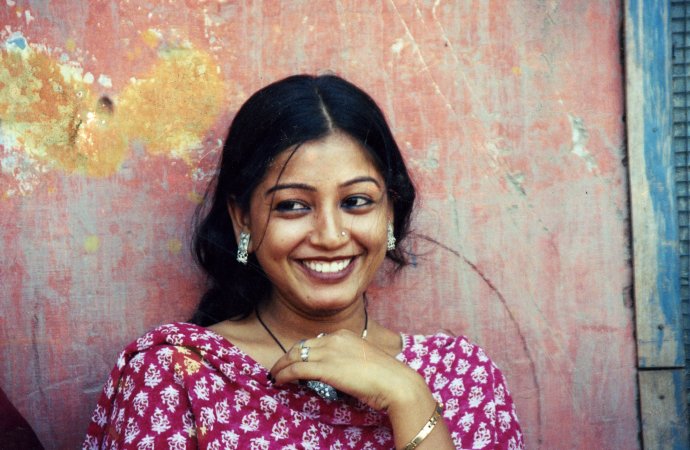 It is the year 2014 and much has changed in the world we live in. Technology has achieved monumental advances to the point where we can communicate with another person across the globe with the touch of a button or swipe of a finger. Medical and public health initiatives have worked synergistically to eliminate some of the most virulent diseases plaguing the human race such as the polio virus in India. One can confidently state that “everything is subject to change” with respect to all arenas governing our lives. However, despite some of these notable achievements, it is disconcerting to observe that our attitudes, as South Asians regarding the role of gender remain entrenched in antiquity. Many of the laws in India place males and women into rigid gender roles and, thus, limiting gender expression.

“Kya ladkiyon ki tarah sharma rahe ho!” (Real men don’t cry, only wimps do!”) might be a thunderous comment that jolts many males of Indian descent. The suffocating confines of Indian culture have rigorously demanded males to be physically strong, flagrantly limit emotionality, be sexually dominant in a relationship, be the head of the family and the keeper of property. Any sign of potential weakness and vulnerability should be eschewed. At such tender, young ages, they are encouraged to play with toy cars, action figures and things of that ilk, not dolls or tea cups. Blue is for boys and avoid the color pink under all circumstances, society hopes for. These male gender roles restrict the fluidity in a boy’s behavior by limiting his ability to act according to various situations; they have ingrained in advance what is expected of him. Males have been made so insecure about their masculinity, they will do the utmost to safeguard such an image. A 2006 study examining gender attitudes involving males, 126 Mumbai youth (ages 18-29) detailed heavy drug, alcohol and tobacco usage in order to avoid social derision from their peers. “During one of the festivals, all the boys were sitting together and had their bottle with them. They tried to force me to drink but I refused. So all the boys began teasing me: “You are a ‘gud’ (feminine boy). This put me off. I drank four glasses of raw liquor. It was so strong that I was unconscious for days,’’ said one study participant. It is also worth mentioning that a common sentiment that was noted amongst the individuals was “a real man should not have baila (feminine mannerisms), which is considered characteristic of homosexual men. The level of expectations and pressure that are shouldered by many Indian males are many, though they may not be as routinely evident as when compared to females. 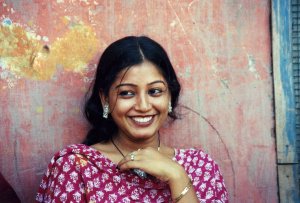 Women who are raised to adhere to tolerant attitudes of traditional gender roles experience an increase in violence than those who seek to challenge them.

While males are taught to be gregarious and socially engaging, girls are encouraged to be more introverted and taciturn. A frequently recited Hindu wedding blessing meant for females is: “May you be the mother of a hundred sons.” (Sons, not children, but sons?) Traditionally, females are supposed to rear their children along with completing any domestic responsibilities while a man would be the main source of financial strength. If a woman does have a career, she would be expected to relinquish that if the needs of the family demand that. To be female is, at best, to be protected, but nearly paternalistically. When females are expected to assume a subordinate position to men in almost every conceivable way, their general health is negatively affected during different points in their life. Young females may experience difficulty in obtaining food and access to equitable health care during childhood, and may experience date violence during their teenage years, with heightened risks of domestic violence and martial rape as they age. In addition, women who are raised to adhere to tolerant attitudes of traditional gender roles experience an increase in violence than those who seek to challenge them. It would not be an exaggeration if an Indian female tacitly believes: Basically, we (women) are made for them (men). We are made to serve them. We die serving them and there is nothing in between.

According to a 2011 study conducted by the International Center for Research on Women (ICRW), Indian men were among the least supportive of equitable relationships and roles between men and women. Nearly 80 percent of men surveyed agreed that it was the responsibility of the mother to change diapers, bathe, and feed children. Furthermore, only 16 percent of Indian men acknowledged any domestic responsibilities such as cleaning the house and preparing the food. Ajay Singh, a researcher for the ICRW, noted that “throughout India, social norms and practices are mostly governed by patriarchal ideologies that define the roles of men and women.” He continued, “Men are confined to it, and it’s reflected in their attitudes and behaviors.” Even something such as owning property rights remain an issue.

According to the Food and Agricultural Organization of the United Nations (FAO), women account for roughly 10 percent of landowners in India (that is astonishingly pathetic), compared to countries such as America or even Thailand, where women own about 33% of land. In 2003, Bina Agarwal, a renowned scholar of land rights and gender, interviewed a group of rural women. She enquired as to whether they ever desired to have the land they managed registered in their names. To no surprise of Agarwal, the women explained: “We are taking so long in answering because no one had ever asked us this before! It seems like a dream that we might have land of our own.” Ultimately, if one is born as a male in India, there is a great chance to own land in the land-owning lottery. However, if one is a female born in India, the odds of inheriting property, owning a home, or even just claiming a modicum of dirt as her own are deliberately miniscule.

It is astonishingly sad when I continue to read a whole litany of such studies & newspaper articles littering the front pages of prominent daily papers. The plight of females has been documented seemingly every day with progress being slowly achieved, though with many more milestones to reach. As for South Asian males, it is a silent plight, a suffering that encompasses one’s physical, mental and emotional welfare.

We, as South Asians, should encourage our males to conduct their lives with a freedom as we do our own even if they do not encapsulate the expectations society maintains of them. Any archaic ideas of gender roles should be vanquished as polio is in India. We should be helping our younger developing boys to understand that being sensitive, nurturing, less sexually focused, or artistic does not compromise their masculinity in any way; character development is most essential. South Asian parents, would you not desire a son that is responsible to his family, academically sound, and contributes to the betterment of society, regardless if he willingly undertakes roles traditionally assigned to a female expresses himself uniquely, defers any important decisions to his wife, or not be a dominant figure in a relationship? On a personal level, I was fortunate to have parents who created strong spiritual underpinnings for myself to grow from to establish myself. They encouraged me to play sports I enjoyed, assist in performing domestic duties such as washing clothes, sweeping floors and cooking whatever pleased me-gender roles were never discussed. There were no restrictions, just unconditional love. As I became older, there was a natural growing curiosity to expresses myself as more feminine in terms of wearing makeup, women’s clothing and displaying feminine mannerisms. Subsequently with careful introspection, it evolved into an honest acceptance of myself being as being listed under the umbrella term, “transgender”. I realized that this was who I am while the circumstances around me helped to expedite my awareness of it. Nevertheless, I am free to live my life, be a productive member of society and make my family proud through my work, characters & overall comportment taught by them and our spiritual guru, Sai Baba. This is my narrative which is not extraordinary, to say the least. It is my belief that many such South Asian males maintain such surreptitious sentiments. What is gained if a male child deals with such feelings by suffocating himself just to please society? Could he be at risk for depressive symptoms or even become suicidal? Maybe. It is imperative that many Indian parents teach their male children at the youngest age possible by tangible examples themselves because in a misguided quest to be ‘real men’, many males may cease being real humans.

On a macro level, imagine how gender functions in the real world: From homosexual men and women, to the transgender community, to masculine women or feminine men, and all the majestic shades of gender ambiguity in between, gender is not an absolute quantity so much as it is a spectrum, a rainbow coalition, if you will. In the country’s poetry and ancient mythologies, Indians have conceded the fluidity of gender; it is only in the laws that we stick with the binate system of male and female. A change in India’s thought process where gender is thought of as one of the various hues in a rainbow would offer a more dynamic and hearty nation that would be on the ascent because its children. Here’s hoping for that change; the change that is good.

This article was edited by Sonya Soni, MPH, MA.