Qatar scores, at least on the soccer pitch 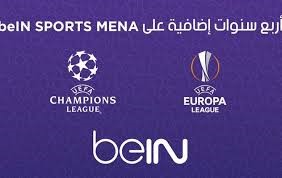 The awarding was remarkable given that it came before the first chink appeared in the armour of the seven-week-old UAE-Saudi-led diplomatic and economic boycott of Qatar. The UAE, Saudi Arabia, Bahrain and Egypt had banned Al Jazeera as well as BeIN as part of the boycott.

The UAE, in an indication that the hardened frontlines of the Gulf crisis may be softening, lifted days after the awarding the ban on BeIN. It was not immediately clear whether other members of the UAE-Saudi alliance would follow suit. It was also unclear whether Saudi Arabia would push ahead with plans to launch a rival sports broadcasting franchise.

The lifting of the ban on BeIN did not extend to Al Jazeera’s news channels that the UAE-Saudi-led alliance initially demanded should be shuttered. It constituted the second indication in a week that the Gulf crisis may be ever so slowly easing.

Earlier, UAE minister of state for foreign affairs Anwar Gargash described amendments of Qatar’s anti-terror legislation as “a step in the right direction.” The amendments, part of a decree issued by the Gulf state’s emir, Sheikh Tamim bin Hamad Al Thani, established lists for individuals and entities accused of involvement in terrorist activities and the criteria for inclusion on them.

The agreement is believed to provide for the stationing of two US Justice Department officials in the Qatari state prosecutor’s office. Under the agreement, Qatar is expected by year’s end to impose travel bans, enforce surveillance, and freeze the assets of individuals with suspected links to terrorism.

While the agreement at first glance appears to go some way to meeting the demands of the UAE-Saudi-led alliance, the devil could prove to be in the details. The fact that the agreement does not define what groups might be included leaves much open to interpretation. Qatar rejects the UAE and Saudi Arabia’s designations, first and foremost among which the Muslim Brotherhood, a group with which the Gulf state has a long-standing strategic relationship.

The lifting of the ban on BeIN, while projected as a goodwill gesture, also served to pre-empt criticism by soccer fans as well as possible punitive measures by the Asian Football Confederation (AFC).

The AFC alongside world soccer body FIFA’s African affiliate, the Confederation of African Football (CAF), last month in almost identical statements insisted on upholding the separation of politics and football. They called on football stakeholders to adhere to the principles of neutrality and independence in politics as “part of the statutory missions” of FIFA and its affiliates “as well as the obligations of member associations.”

CAF warned Egypt’s two top clubs, arch rivals Al Ahli FC and Al Zamalek SC, that they could be penalized if they went through with a declared boycott of BeIN Sports, in response to a statement by the Egyptian Football Association (EFA) supporting Egypt’s participation in the UAE-Saudi-led boycott of Qatar.

The Cairo-based, African group subsequently suspended and imposed a $10,000 fine on Al Ahli coach Hossam El Badry for first refusing to address a news conference at which BeIN reporters were present, then refusing to give BeIN an interview, and finally covering BeIN’s microphone and trying to prevent it from recording the press conference.

CAF has yet to respond to a refusal a week later by Mr. El Badry and Al Ahli players to grant BeIN interviews after the club’s African match against Cameroon’s Coton Sport. The players also absented themselves from a post-match news conference in their bid to boycott BeIN.

The decision by the UAE, a driving force of the boycott of Qatar, to lift the ban on BeIN and the apparent softening of positions on both sides of the Gulf divide is likely to make it more difficult for Saudi Arabia and Egypt not to follow the Emirates’ example.

The incidents in Egypt nonetheless suggest that the Gulf crisis will leave deep scars, even if Qatar and its detractors ultimately paper over their differences and end the crisis. The likelihood is that ultimately either Saudi Arabia or the UAE will mount a challenge to Qatar’s commercial grip on the Middle East and North Africa’s sports broadcasting market. It will be both a political and commercial challenge, rooted in a fundamental rift that is likely to play out on the soccer pitch as well as elsewhere long after the Gulf crisis is resolved.