Prostitution is not Illegal, said Bombay HC: Slap on the orthodox Indian Society 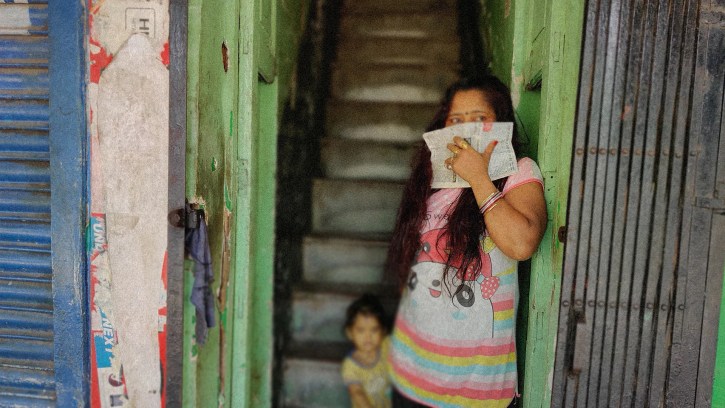 And I’ve seen him with the girls of the night

And he told Roxanne to put on her red light

They are infected but he’ll be alright

Cause he’s a scumbag don’t you know

I said he’s a scumbag don’t you know

­–When the Sun Goes Down, Arctic Monkeys

The ethical dilemma of legalization of prostitution in India is a much-debated issue, the Indian society was of affirming opinion that sex work is morally wrong. In a recent development, the Bombay High Court said that “Prostitution, not an offence; the Adult woman has the right to choose her vocation” while releasing 3 Sex workers from the corrective institutions. Observing that, prostitution, by itself, is neither a criminal offence under the law, nor punishable, but its public solicitation is, the Bombay High Court set aside lower courts’ orders. The court ordered that they be released immediately. The Single Bench of Justice Prithviraj K. Chavan was hearing the plea of 3 sex workers challenging in the order dated 19.10.2019 passed by the Metropolitan Magistrate, Mazgaon under Section 17(2) of the Immoral Traffic (Prevention) Act, 1956. [ii]

The key point that should be noted from the instant development is that the adult women have a right to reside at the place of their choice, to move freely throughout the territory of India and to choose their own vocation under Part III of the Constitution of India.

The High Court said that since the women were not being prosecuted under the law, there was no question of continuing their detention at the correctional home, the HC in its order also criticized the view of the Magistrate’s order, the court said that the women were “adult,” and “entitled to choose their vocation as per fundamental rights enshrined under the constitution of India”. To substantiate the litmus position of prostitution in India the court said that the prostitution per se is not illegal and in the instant case that was tabled before the hon’ble HC there was nothing on record to show that the petitioners were seducing any person for the purpose of prostitution or that they were running a brothel. The court said

“What is punishable under the Act is sexual exploitation or abuse of a person for commercial purpose and to earn the bread thereby. And where a person is carrying on prostitution in a public place or when a person is found soliciting or seducing another person as defined under the Act,”

In India, Prostitution is not a crime, but soliciting and brothels are illegal. To understand the exact position of prostitution there is a need to understand the difference between what laws say and what people understood from the legal developments. The classic example of understanding prostitution can be seen from Sweden. In Sweden, selling sex is not a crime, but buying sex is. The decision given by Bombay HC reiterated the correct position of Prostitution in India, that Prostitution not an offence, its public solicitation, or seducing for commercial sex or running a brothel is a crime in India. It is not a denial that Prostitution as a profession has a long existed in our country and is still dominant in modern society. The Grundnorm statute that deals with sex workers in India is the Immoral Traffic (Prevention) Act, 1956. In Indian society, Prostitution is not treated as work, but an immoral activity threatening society. The prevailing position in Indian society is still that people treat prostitution as an immoral and ugly act in society and not a profession.

From the instant development, the legal position of prostitution and sex workers in India comes to the limelight and now it would be clearer in the minds of a layman who is not an expert in law. The problems with prostitution are multi-dimensional in Indian society as they don’t have adequate legal protection furthermost of sex workers are not well educated they are not even aware of the basic rights. There are instances where we get to see that the sex worker is exploited in the most inhuman way. Our constitution guarantees free legal aid despite it the legal aid is not being offered to sex workers because of their status in orthodox Indian society. Access to justice for women sex workers is constrained by a lack of knowledge of their rights, dependence for assistance and resources, and the threat of sanction. There two important facets that we can legally analyse and we need to ponder upon it from the decision of Bombay HC’s decision.[iii]

There is an urgent need for reforms from the legislature to regulate the prostitution by which sex workers get their bare minimum rights and there will not be a violation of their Human rights which is of utmost importance. Despite SITA (The Immoral Traffic (Suppression) Acy,1956), there are lacunae that need to be filled on an instant basis, though prostitution per se is not illegal core activities related to it are illegal in India. As illicit activities in hotel, seeking sexual favours in exchange for money in public areas, and many more activities that are principally related to prostitution. The law itself is in grey are on the issue of prostitution and the industry of sex workers.[iv]

In all and all, we need to recognise it as a normal profession like we have other professions and there is an imminent need to change the orthodox social stigmas Indian context. There is not an iota of doubt that we should eradicate human trafficking and forced prostitution under the veil of traditions, we need to improve the situations that no one will get forced to jump into this industry against their wish and will. We need to understand that the women who opted for prostitution are not victims, but traders of sex. It’s their job and from it, they make money in which they are good at. The Joker is wiser than our society as the sex workers are doing something in which they are good.

If Joker is so wise on the freedom of people to pursue in which they are good, shouldn’t an educated person like you be wiser? Even when the law does not hold that unconstitutional or illegal at all and already many developed countries legalized prostitution.[v]

Shelal Lodhi Rajput is a second-year BBA LL. B (Hons.), Student at Symbiosis Law School, Pune, India. Here in this article author analysed the recent decision of the Bombay High Court on the heated topic of prostitution in the Indian Context.