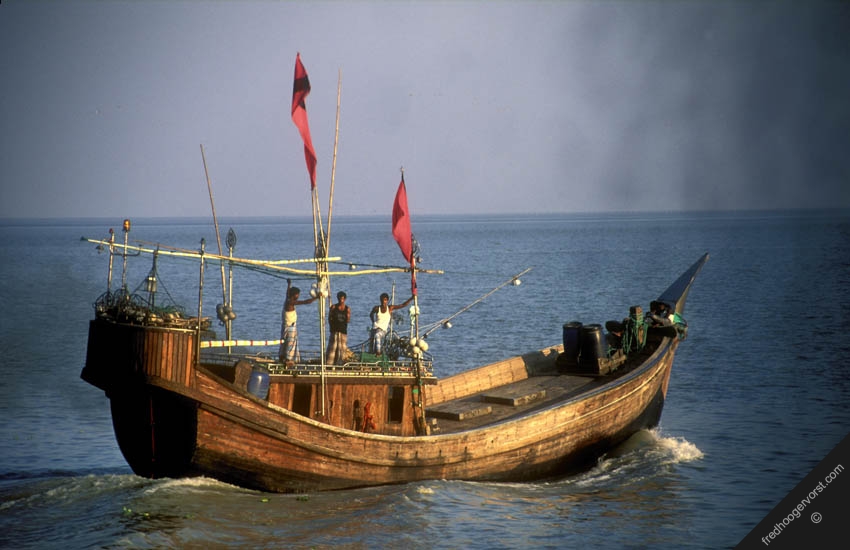 [From “Facts and Documents” a publication of International Farakka Committee, New York on the sustainable management of Himalayan Rivers edited by Dr. Jasimuddin Ahmad and Mostafa Kamal Majumder]

Continental South Asia (India, Nepal, Bangladesh and Pakistan) is the most populated region in the world with about one sixth of the global population. The population is ever increasing at the rate of 1.5%. If it continues to increase at this rate, by 2015 the total population of South Asia will reach over 1.8 billion. The demand for food for the existing and future population, unplanned urbanization, and rapid industrialization are some of the biggest challenges these countries are facing. Despite these challenges, the region is bestowed with priceless water resources. The Ganges, Bhramaputra and Indus are the major river basins in the region. Nepal, India and Bangladesh share the Ganges river basin, whereas India and Bangladesh share Bhramaputra river basin, and the Indus river basin is shared by India and Pakistan.

These rivers are the life and blood of these countries. Bangladesh relies on water from the Ganges and the  Bhramaputra for irrigation and drinking water. Nepal is angling to earn ‘hydrodollars’ by selling its immense hydroelectricity potential from the many tributaries and sub-tributaries of the Ganges. Pakistan also relies on the Indus River for irrigation of its fertile North Eastern region. India, with its more than one billion people and rapid industrialization, requires more water for irrigation and electrification than ever before.

However, the benefit-sharing  of these rivers has been unequal and over politicized, and has  not been done in accordance with the present and future water needs of each of the riparian countries. Each country has been trying to get the largest share, leading to more controversies. The negotiation process has thus far been a series of foul plays, failing to lead to a basic framework for sharing the rivers for peace, security and regional cooperation. India, being the most powerful country in the region with distinct political and geographical advantages, has been in control of the negotiation process most of the time.

In another scenario, India’s Interlinking Rivers Project (ILRP) targets to interlink all international rivers flowing through Nepal to India. This is another example of faulty process. India has neither consulted Nepal nor taken any approval of the co-riparian countries before undertaking such a mega project. The ILRP also plans to divert water from all major rivers flowing to Bangladesh without proper consultation and prior approval. In response to it, the Government of Bangladesh has already objected to this scheme for being too destructive to its survival and ecosystem. The Government of Nepal is yet to make any formal statement regarding this. The people and campaign groups and communities have been opposing the ILRP since 2003.

Often international rivers demarcate the boundaries between countries, such as the Mahakali, Narayani and Mechi Rivers in the case of India and Nepal. Over a period of time, the flows of these rivers have shifted laterally. With such shifts, the boundary line between the countries also changes. Land area previously in the right bank of the river has come to the left bank of the river and vice versa. Encroachment of disputed territory by another co-riparian country as in the case of the Susta (Narayani river basin) and Mahakali river basin in Nepal are some examples of increasing conflicts. India and Pakistan had already fought four wars against each other since 1947 — the year of independence and separation. One of the main reasons behind these wars has been the issue of Indus River water-sharing.

Despite the great possibility of sharing these rivers for peace, security and development in the region, no sincere efforts have been made so far. The South Asian Association for Regional Cooperation (SAARC), the only inter-governmental body in the region, does not address the subject of water rights, but only some narrowly defined economic and trade issues. No regional framework has been worked out for making the best use of these rivers to promote the collective harmony and prosperity of the region, in stark contrast to  the case of Mekong, or other trans- boundary river basins in other parts of the world.

Water should be regarded as a source of co-operation, as a potential means towards mediating and resolving existing conflicts. Disagreements about how our limited and common water resources should be used are not unusual, but proper solutions must be found through mutual understanding and negotiations that are socially, economically, politically and environmentally acceptable. This can only be achieved through the free, prior, and informed participation of all the river basins-based stakeholders. The new global framework suggested by the World Commission on Dams in its report in 2000 for the best management of water and energy resources is certainly an approach to adopt. But it is very clear the denial of transboundary water-related problems, and the inability to reach mutually acceptable resolutions, will remain a major obstacle for regional cooperation in South Asia.■