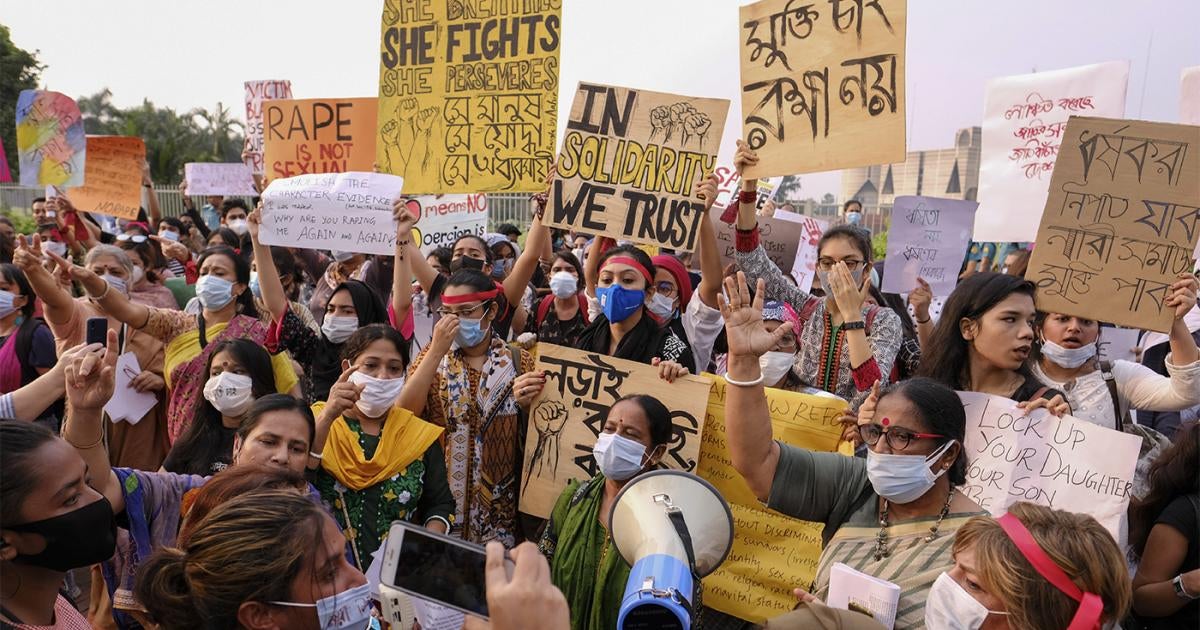 There are three types of rights- basic, fundamental and human rights. Rights, whatever be, is applicable for all regardless of race, religion, region, culture or any other identity like political affiliation, both ruling and opposition. Political rights including rights to gather/assemble, meeting, form political party, holding political ideology and others. The rights are not only recognized the constitution of Bangladesh but also recognized by the United Nations and its Universal Declaration of Human Rights, publicly known as UDHR. Both the constitution of Bangladesh and the United Nations have universally recognized the right of not being discriminated, tortured, equality before law, trial and equal treatment, freedom of movement, thoughts, meeting and assembly. But these rights and freedom are applied in Bangladesh in a bias manner. In Bangladesh, rights whatever be political or human, seem only applicable or beneficiary are ruling and affiliated party members. Opposition political party members, supporter or even well-wishers are deprived of all types of rights.

In case of political gathering and assembly, opposition are deprived of almost all of political rights. In terms of assembly, they need to take permission. The administration including police hardly provide permission. If provide also, they bind various conditions including sound systems, time even in some cases speech also. On the other hand, ruling parties don’t need to take permission. They can arrange meeting, gatherings in any places even closing educational institutions and forcing students to take participations and in any time.

Police administration suppress any type of movement, meeting except ruling parties. They inhumanly charge sticks, fires rubber bullets, tear gases, sound grenades and even live shells. In no cases, police administration has to be accountable for violating these rights. They file thousands of cases against opposition party members. In some cases, it is seemed that death persons, expatriate, children and aged old persons are included in list. Courts also in majority cases don’t accept bail. They not only suppress political movement, but also movements for rights by the garment workers, road safety movements, quota reformation movement by students and any protest movement.

The rules and human rights violation by police came into spotlight in 15th August, 2022 in a mourning day ceremony in Barguna. The footage showed that police brutally and inhumanly beaten members Students League, an affiliated student political organization of ruling Awami League, in front of Member of Parliament (MP) and other senior party leaders. The Students League’s members, members of parliament, ministers, and other personnel criticized the role of police and the way they beaten. The voice concerning human rights violation by police administration raised. Instantly government took initiative to ensure penalty of engaged police member including, forming investigation committee. Before submitting report government suspended, transferred and rebuke them.

However, this police harassed, beaten and suppressed former MPs, senior opposition party members including existing whip of parliament. That time, none raised voice and expressed concern against their political rights violations. Rather government and ruling party members supported, justified and even in some cases motivated to do that. Thus, police has gone beyond control and become unchallengeable. That effects touched even ruling party members.

Time has not gone yet. Government has to take proper initiative to control police. Ensuring true accountability and abstaining from politicization, police forces can be brought into right track.