Pandemic is the weapon to remain the ‘throne’ sustainable 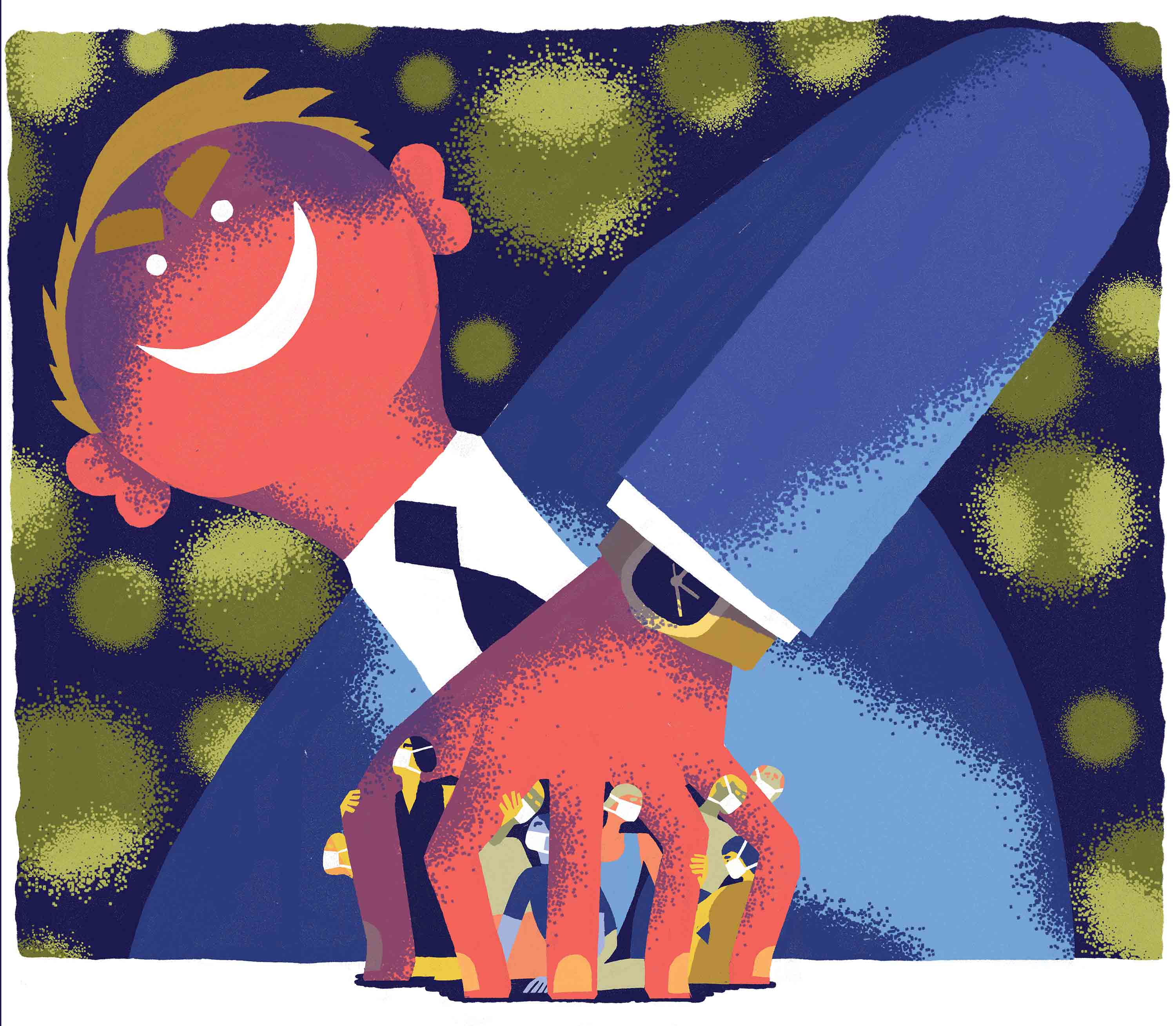 Do you think, now rulers are using the pandemic for its favor? How pandemic is appearing in front of the people? In what ways is pandemic being sold? The government using this Covid-19 for its sustainable advertisement. When Coronavirus is deadly to the average people, at the same time it is an important tool to persistence to the government. This unknown enemy is the main topic of discussion in the national parliament. But the budgetary allocation in the health sector is poor. Pandemic is the common trading point from the MP and to the government bureaucrats. It is the weapon to remain the ‘throne’ sustainable.

The European country Hungary has set an excellent example. That defective democratic country has become completely autocratic country. Prime Minister Viktor Urban has been given the power to rule the country until the end of the Coronavirus crisis. As a result, parliamentary elections were effectively canceled. Urban says, he needs to have such capabilities to prevent coronavirus infections. Israeli Prime Minister Benjamin Netanyahu has postponed Hearing a corruption case against him for three months. Interesting thing, corrupted rulers are using this crisis to their favor.

Where one’s own life is in crisis, there is less opportunity to think about what is happening to others. Ordinary people only want to know more about the pandemic. They try to know how many dead and how many are infected in COVID-19. And they want to know which area is being under lockdown. Because they need to buy some necessary things, so they are seeking which shopping malls are open for all.

In Bangladesh, the mass media also broadcasting news, according to the needs of ordinary people. The media industry is not able to understand some times it is being used by governmental publicity. And it is the main medium for selling this pandemic. Traditional mass media are not doing any follow-up news about how many people were detained under the Digital Security Act amid the pandemic situation! Even the media did not do any investigative news about how many people lost their lives by extrajudicial killings! How many people have become unemployed? How many farmers are not able to sell their commodities due to the transport crisis? The rich getting richer and the poor getting poorer in the result of the Covid-19 catastrophe.

The consequence of pandemic is everywhere. This virus not only taking away people’s lives but also taking away the minimum assurance of human survival. It is doing deep damage to human life. That damage cannot be seen with the open eyes. We can only see the statistics. We only see the number of dead and infected people.

When the state goes through a national crisis, other problems become minor. The same thing has happened in the case of Bangladesh. The ruling government has been ruled since 2008 has now matured. There is no battle in the political ground because of the Covid-19 crisis. So-called opposition party BNP has almost been suppressed. The government has increased surveillance everywhere in the name of Coronavirus confrontation. From airports to people’s personal lives is now under surveillance. At this time the only voice that can be heard is the voice of the government and the voice of the bureaucrats. Where no presence of the common people. In this pandemic, the government seems to have become stronger and more powerful.

There are no rebellious music-songs, poem-novel amid Covid-19. No criticism in the mass media. Political ground is calm, with no meetings and rallies. Universities and readymade garments are closed. No movement to control road accidents. No movement against rape. No demand for an increase in salaries and allowances of school teachers. People only seeking to save their lives. Is the government able to fulfill the demands of the people? Or the rulers are strengthening themselves by using this Pandemic.