Pakistan’s War on Terror: Treat the cause not the symptoms 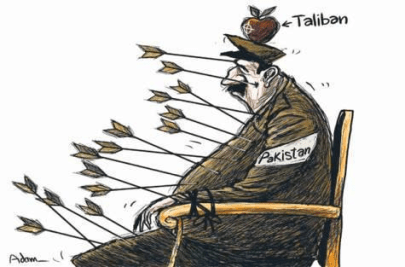 A few years in to the Pakistani National Action Plan’s (NAP) bid to comprehensively cleanse the country of terrorism, with the finish line still far ahead, there is a dire need of a clear and consistent policy to solidify the envisioned goals of this exercise. The counter terrorism military operations from “Zarb e Azab” to “Rad ul Fasaad”, are necessary sedatives but they are not the cure. For concrete and lasting results, a broader proactive approach, with more emphasis on the civilian domain of the NAP is required, to target the contributors and causative, not just the symptoms. The causative being the ever embedding and almost contagious radical extremism still existent in different factions of the country.

Radicalism might not be a directly violent phenomenon, as is terrorism, but it is the bud. A study by Islamabad based think-tank Pakistan Institute of Peace Studies describes radicalization, in David Prince’s words, as the process by which an individual becomes open to the prospect of committing terrorist acts. To combat this source of the terrorist tendency, the country will have to counter the narratives that breed it, beyond the conventional war ground, inside schools and universities.

The foremost action would be a basic reformation in educational institutions, revamping the countries decades’ old curriculum that dates back to the Islamization attempts of General Zia’s military regime from the 70s. Several academics and critics have blamed the country’s outdated curriculum for the rise of fundamentalism and abetting the propagation of radicalism. A new national curriculum with more objectivity, with the exclusion of content that had more room for subjective extrapolation for readers, specifically on questions of national identity and religion. This could be supplemented by a redesigned syllabus of subjects such as Islamic studies and history, with content promoting coexistence and tolerance, instead of promoting a segregate or isolationist, us versus them approach.

Many critics have also suggested that, while every country idolizes historic figures and war heroes in one form or the other to a certain extent, a wider inclusion of national figures who have made greater advances in scientific and artistic spheres, in the syllabi may also help in toning down the extreme tendencies of the younger population.

Furthermore, it is highly imperative to generate a safe and wholesome environment inside schools that is open to honest debate and questioning on all matters, promoting a critical analytical approach among students. Free speech inside schools will go a long way for free speech outside them too.

The country could also adopt suitable anti-radicalization techniques from developed countries, such as using schools as a feed-back mechanism. Schools with their regular observation of the child can intercept radicalism at the first symptoms of such change in behavior and owing to their direct local interaction might also be able to pin point the source and help cut it from the root. Used in such a manner, schools can be effective monitors on the growing intellects of the nation.

In addition to the aforementioned, the state needs to concentrate on the issue of soft radicalization, through the propagation of views of political or social groups that may make followers more susceptible to violent extremism. Political or social groups, even working inside various educational institutions as student bodies, that have sympathy for armed groups can push followers to take up violent means themselves. A political ideology based on a “holier than thou” mentality is bound to create an unreasonable sense of superiority among the followers. There is a fundamental need of change in approach for such groups, and the state needs to involve all the relevant stake holders to devise a strategy for such an effective action.

Madrasah standardization is an issue that occasionally floats and sinks back again in Pakistan’s political scenario. A reason for the difficult opposition to this action maybe the eliminative approach the advocacy of the idea usually carries; madrasah standardization should be followed by formalization and state scrutiny of the structure, raising the level of madrassas to formal institutions and not just equivalent ones. One of the main reasons to the vulnerability of madrassa students to extremist action is the lack of scope for wholesome or satisfactory employment. If religious education is coupled with professional or scientific education, providing opportunity for professional development and employment, madrassa graduates would be lesser prone to turn to violent measures.

Finally, the momentous and historically delayed task of creating a nationally endorsed state narrative, which seems to be nonexistent in the country owing to its unstable political history, but over the last decade of democratic governance, some room for such a venture has been created. The general confusion on the national narrative of the foundational philosophy of the country is a reason why some radicals even place sectarian bias over national identity. The country requires elaborating and propagating its bed rock ideology on an approach that is more inclusive and accepting for all the folds of its population. Once this objective is achieved the state can not only get out of the sectarian confusion it faces every now and then, specifically on issues pertaining to Iran and Saudi, which usually create a hindrance for the state to act on national interest when it comes to a clash between the two countries. After this the country can also work on a DE radicalization mechanism of the likes of other Muslim states such as Malaysia. Until Pakistan follows a track to target the problem and not the cause, any peace it achieves will be nothing more than a temporary calm before the next suicide blast.