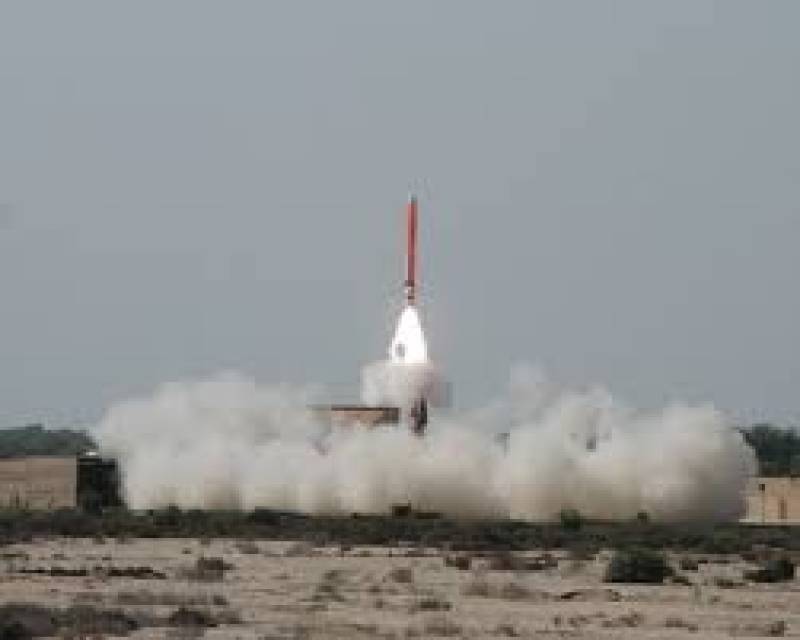 Very recently, on 11th February, Pakistan has successfully tested its short-range surface-to-surface launched subsonic cruise missile Babur 1A. It can engage targets at land and sea with ‘high precision’. It has a reported range of 450 kilometers, within which it can deliver both conventional and nuclear warheads. Its other variant, Babur-3 can be launched from submarines/seaborne platforms as well. The Babur series cruise missiles have better maneuverability and terrain hugging capability.  Because of their capability to make a flight at low altitudes, high maneuverability, and pre-programmed flights cruise missiles are considered important in evading the deployed early warning systems and missile defence systems. This particular test missile was launched from a ‘multi-tube missile launch vehicle (MLV)’, a mobile launcher that can shoot and scoot as well. Thus, MLVs act as major force multipliers from which more than one missile can be launched simultaneously. Furthermore, the mobility of MLVs gives them an edge of having better chances of survivability. It is said that the successful test-firing of the Babur missile reflected the proficient “standard of training and operational preparedness” of the missile weapon system that fulfills all training parameters.

The recent test of Babur surface-to-surface launched cruise missile was the third missile test Pakistan has conducted this year. Earlier, Pakistan has conducted tests of medium-range Shaheen-III and short-range Ghaznavi missiles. All these missile tests are of the surface to surface launch missile systems that can target the adversary at land and sea. These tests ensured the military and operational preparedness of Pakistan’s strategic forces for targeting adversaries at different ranges. This further ensures Pakistan’s policy of ‘Full Spectrum Deterrence (FSD)’ in-line with the credible minimum nuclear deterrence. The policy of FSD was adopted by Pakistan to spread its nuclear deterrence at tactical, operational, and strategic spectrums of the threat that are coming from India. Furthermore, the Babur cruise missile has three variations; Babur-IA which is of 450 km range, improved version of the same system is Babur 2/1 B has a range of 700 km and Babur-3 (submarine-launched) has a range of 450 km. Along with these, Pakistan has two other cruise missiles; Ra’ad (air-launched cruise missile) and Harba (ship-launched cruise missile) in its inventory.

Missile tests are considered a strong manifestation of a country’s military resort. Since these delivery systems affect the country and its adversary’s threat perception, strategy, military, and operational preparedness. Presence and testing of nuclear and conventional missiles, whether ballistic or cruise missiles, is more of a fact and reality in the contemporary South Asian security environment. These tests are developments of delivery vehicles that are associated with the element of ‘credibility’ to sustain nuclear deterrence. Successful missile tests ensure the concept of mutual vulnerability, which detains states from taking any adventurous actions against each other. Moreover, missiles, when they are equipped with nuclear weapons, provide options of survivable nuclear force; and when they are equipped with conventional warheads they can balance the conventional militaries capabilities. However, with the rapid technological developments missile systems are also contributing to increasing uncertainty. These delivery systems are also igniting deterrence instability and threats of preemptive strikes. This has become more significant because of the blurring of lines between nuclear and conventional weapons, increased speed of delivery systems (supersonic and hypersonic weapons), and the resultant less time to respond to such threats.

Security experts believe that the development and testing of missile systems in South Asia is primarily based on the action-reaction model between the arch-rivals India and Pakistan. However, this assessment is not true since India is developing and testing these technologies to become a regional hegemon and global power. Pakistan, on the other hand, has been compelled to maintain a balance of power at the minimum level.  This is further aimed at providing a credible nuclear deterrence to enhance its security and protect its sovereignty vis-à-vis Indian threats.  Pakistan’s rationale for the development of cruise missiles also lies in this logic, where the development and acquisition of BMDs and cruise missiles by India have undermined the efficacy of mutual vulnerability between both countries. Therefore, to maintain deterrence stability in the region, the condition of mutual vulnerability or mutually assured destruction must prevail. This would likely decrease the threat perception and a growing asymmetry in South Asia.

The development of the Babur cruise missile and its different variants by Pakistan are in-line with the existing principle of credible minimum nuclear deterrence. This appears to be aimed at ensuring that the Indian advanced missile shields are not formidable and can be penetrated while staying within the existing deterrence posture. Resultantly, this technology would likely make nuclear deterrence and the strategic stability of the region more stable. It can be said that the role of cruise missiles in maintaining strategic stability has become more essential in South Asia. But, one significant factor in this regard is that unlike norms and CBMs related to ballistic missiles to avoid inadvertent escalation are missing in the case of cruise missiles. Since cruise missiles are an important part of the deterrence/nuclear postures of both countries and both states would likely invest in this technology in the future. In this regard, norms to avoid inadvertent escalation are to be established that would deal with the cruise missiles. The least, both countries could do is to sign an agreement on pre-notification of cruise missile (sub, super and hypersonic) tests to each other.