Pakistan’s Military: The Fire Brigade and the Arsonist?

Tensions that mounted during a deadly, Islamist protest in Pakistan last month were resolved not by the country’s civilian government, but by leaders of its military and intelligence agency. The incident was another reminder of who really holds the reins in a tumultuous nation that the U.S. has leaned on to help defeat terrorist adversaries and bring stability to Afghanistan. This reality has serious consequences for U.S. policymakers engaging with Pakistan.

Constitutionally, Pakistan boasts a democratic government where representatives are elected according to popular vote. Behind the scenes, however, the Pakistani military and its intelligence agency, known as the ISI, repeatedly pull the strings that dictate Pakistan’s political direction. Consequently, the U.S. must appeal directly to the Pakistani army to achieve tangible results, but such efforts simultaneously undermine the legitimacy of Pakistan’s civilian government, hindering efforts to promote democracy and free governance in Pakistan.

Hussain Haqqani, former Ambassador of Pakistan to the United States 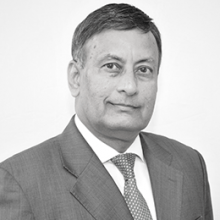 “Pakistan was an ally of convenience during the Cold War, but Pakistan’s main objective, which is to compete with India, has never been an American objective. Therefore, American and Pakistani interests in the region don’t really coincide.” 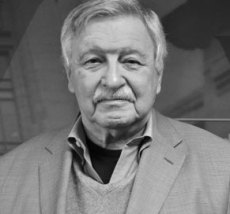 “For almost the entire period of Pakistan’s independence, the army has been a significant factor in its political life. After briefly being subordinated by [then-President] Zulfikar Ali Bhutto in 1972, [the Army] became all-powerful after [it took] over the government in 1977. When the army fled from office in 1988, after Dictator Zia ul-Haq died, it retreated to the political background behind a figurative curtain, but remained in charge of security and foreign policy issues.”

Late last month, the Pakistani army once again flexed its muscles when it struck a deal with hardline Islamist protestors in the capitalIslamabad to end a tense standoff with the government. By overstepping its traditional military responsibilities, the Pakistani army subverted the civilian government’s ability to exercise political authority. 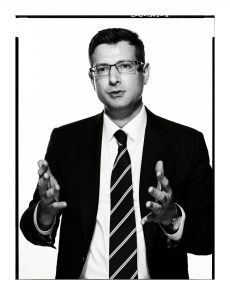 “In recent years, the Pakistani military has used a variety of methods to squeeze the operating space of the civilian governments. It has encouraged and engineered political opposition campaigns, including mass demonstrations. It has encouraged alliances between opposition political parties, provided resources to compliant politicians, and pressured obstinate ones. It has publicly criticized civilian leaders in more-or-less direct ways, pressured journalists and the media, and encouraged or discouraged judicial processes against ruling politicians. And all of these things have happened during a period in which the state was nominally run by elected politicians. Looming in the background is always the threat of another coup, although that step holds less appeal to the military because it puts the generals in a position of having to take full responsibility for running the country.”

The military’s pronounced role in Pakistani politics complicates U.S. policy in South Asia, particularly in Afghanistan, where the U.S. is mired in a 16-year war, the longest in its history. Even if the Pakistani government pledges to assist the U.S. in creating a stable Afghanistan and defeating groups such as the Taliban, the Haqqani network, and al Qaeda, the U.S. remains dependent on the Pakistani military to physically root out terrorist safe havens within Pakistani borders, and relies on the ISI to provide critical intelligence on insurgents operating in the region. 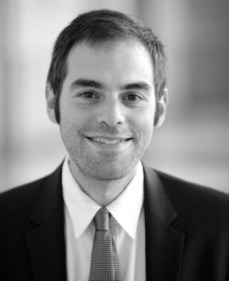 “I would argue that, for all the U.S. efforts to strengthen civilian institutions and support democracy in Pakistan, at the end of the day it’s perfectly comfortable working with the military. This makes sense, given that if you want to get things done and make deals in Pakistan, you need to work with the military. It’s the military, not the civilians, that make all the big decisions about relations with the United States. On a policy level, the military’s dominance is problematic for the United States. This is because U.S. interests are more in line with the positions of the Pakistani government than with the Pakistani military.”

“Even American policymakers who would prefer to work with Pakistan’s civilians and who appreciate the importance of democratic governance find it expedient to deal with the military to get a wide range of things done. For more liberal Pakistanis, this can be infuriating, because it appears that their military enjoys Washington’s backing and that American profession of democratic values is hypocritical.”

“It’s unlikely there will ever be a convergence when it comes to groups like the Afghan Taliban and Haqqani network. Both sides have dug in their heels with positions that are fundamentally at odds with the other. It comes down to interests: The U.S. has an ironclad interest in targeting these militant groups because they pose a direct threat to Americans. Pakistan, conversely, has an ironclad interest in providing support to these groups because they help push back against Pakistan’s Indian enemy in Afghanistan. These are sharp positions and neither side is likely to budge anytime soon.”

Therefore, the U.S. aims to strike a delicate balance in its relationship with Pakistan. The U.S. can use certain instruments to exert pressure on the Pakistani government and military, but even those tactics have limitations. 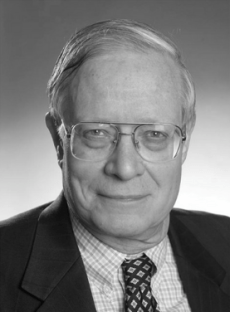 “The U.S. can talk about pressuring Pakistan, but it has already cut aid with only limited success. Its leverage is also further reduced by the fact that Pakistani ports, roads and air routes are critical to the Afghan economy, the U.S. can scarcely threaten war, and U.S. sanctions on Pakistan can lead it to cut U.S. access to Afghanistan.”

Hussain Haqqani, former Ambassador of Pakistan to the United States

“It’s just not that the American objective of promoting democracy becomes undermined. Another objective gets undermined as well, and that is that America, at some point, wants to leave that region, and it wants to hand over authority to a strong and stable Afghanistan government, which is not constantly confronted by the Taliban on a daily basis. The problem is that the Pakistani military also sustains the very Taliban who it tells the Americans it will help fight. They are the arsonist and also want to be part of the fire brigade. That is the real complication. From a U.S. point of view, the second objective is as important as the fact that Pakistan’s democracy gets undermined by the military’s intervention.”

The article was published in www.thecipherbrief.com on 12.14.17