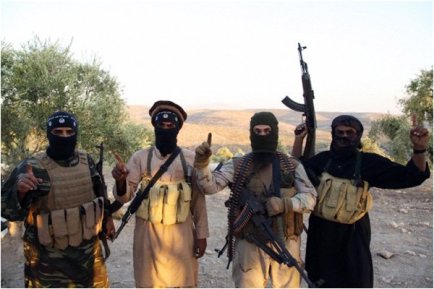 National interests of states are often blind-and brutal; yet they call for some rationality considering our interlinked global destinies in the 21st century. Pakistan is often blamed for talking one policy on jihadists while walking another. However, inheriting a weak military at the time of subcontinent’s partition in 1947 and having remained a ‘national security state’ – facing existential threats from its archrival India – Pakistan had been obliged to patronize ultra-religious and right-wing conservative forces as an extension of its defence and foreign policies, a fact acknowledged by Pakistan’s former president, General Pervez Musharraf. This is another matter that while doing so, Pakistan disregarded the very principle of intelligence-craft – that of devising elimination plan of an ‘asset’ concurrent to its creation; consequently allowing these jihadist groups to turn into a Frankenstein’s monster, targeting their own creator and becoming an international embarrassment and a millstone around nation’s neck.

Despite proxy wars remaining in vogue (in the Middle East, Ukraine and Georgia, for instance), the present international climate is generally loathe to approve non-state-actors. However, Pakistan finds itself in a quandary: having an array of jihadist networks on its soil, on one hand Pakistan feels bound to provide state-protection to the so-called ‘good-Taliban’ owing to regional and geopolitical compulsions; while on the other side the religious militancy’s immense destabilizing power has rendered the state powerless.

In his book, A to Z of Jehadi Organizations in Pakistan, Muhammad Amir Rana documents that by 2011 Pakistan had no less than 24 religious political parties, 82 sectarian organizations, 104 jihadist outfits and 26 tableeghi (Islamic missionary) groups making a total of some 237 religious militant organizations. This is over and above some 63 jihadist factions in Azad Kashmir struggling for (disputed) Kashmir’s liberation from India. Finally, at least six major welfare institutions operate in the country, not only promoting Islamic cause, but also providing financial assistance to the mujahedeen in Afghanistan, Bangladesh, Arkan, Burma and Philippines.

Historically, the jihadists – or mujahedeen, if you will – have operated as a second line of defence and force multiplier during: 1) the Kashmir War of 1948; 2) the India-Pakistan Wars of 1965 and 1971; 3) the Afghan jihad of 1980s against former Soviet Union; 4) the Kashmir Intifada during 1990s, and; 5) in Kargil conflict in 1999 between India and Pakistan. According to some accounts, the brutal killings of Bengali nationalists and intelligentsia by Jamaat-e-Islami’s ‘Al-Badr’ and ‘Al-Shams’ militant wings during riots and civil-war in East Pakistan – before the break-up of the country and emergence of Bangladesh in December 1971 – was sanctioned by the army.

Pakistan’s former president, General Zia-ul-Haq, who believed himself as a champion of Islamic cause, further created violent sectarian armed groups at the behest of Saudi Arabia and Gulf countries to counter the Shiite rising after the Iranian Revolution of 1979, sanctioning sectarian-killings in Pakistan. In his book Punjabi Taliban: Driving Extremism in Pakistan, Mujahid Hussain narrates about the “decade of 80s,” when “the religious outfits of the country wielded immense power and an elevated status in the society due to army’s inclination toward the process of religious purification.”

However, an about-turn on jihadists, under international pressure, between January 2002 and November 2005 and Pakistan’s internal vulnerabilities on war-on-terror in tribal areas led to the creation of Pakistan’s bête noire (in December 2007): the TTP. Joined by the (abandoned) Kashmiri militants (Punjabi Taliban), the vicious TTP and its affiliate terror-groups have since spread carnage and mayhem on the streets of Pakistan through bombings and suicide attacks. In the 15-year period between 2002 and 2017 some 62,096 innocent Pakistanis have been killed due to terrorism. An additional 5,303 people lost their lives on account of sectarian killings from 1989 to 2017.

Pakistan, however, stays of two minds about getting rid of jihadists.

First, despite having suffered a heavy toll, the army granted amnesty to the Punjabi Taliban through a peace-deal in January 2015. Meanwhile, the TTP consolidated its ranks by joining the leftover elements of al-Qaeda and Daesh in the region. In my 2015’s analysis, Snake Charming the Taliban, I had concluded that the Pakistani society is divided when it comes to extremism. Since the state itself treats the “good and bad Taliban” differently, a substantial majority – suffering from Stockholm Syndrome – calls them ‘estranged sons’ due to Pakistan’s participation in an ‘American war-on-terror.’

Secondly, the military and the civilian government don’t see eye-to-eye on the issue of extremism and terrorism. Despite the Pakistani army launching a number of military operations in the tribal areas, not a single word of encouragement comes from the civilian leadership, what to talk of visiting the troops getting martyred at frontlines. Reason: The politicians do not want to antagonize the right-wing ultra-religious elements out of fear as well as disturbing their vote-bank. Seeing threat to their political capital – and financial corruption – the politicians have further put restrictions on the Rangers Operations in the provinces of Sindh and Punjab, which drag-on aimlessly bringing a bad name to the army.

A major confrontation between the army and the civilians erupted when an inside account of a top-secret meeting at prime-minister’s office was leaked to a national newspaper. The leak showed the political leadership ‘castigating’ the head of Pakistan’s premier intelligence agency, the Inter-Services Intelligence (ISI)  – and in turn the military – for supporting and protecting the jihadists from being taken to task – a longstanding international demand. The ensuing media furore – with the army calling it a “breach of national security” – led to a (cosmetic) inquiry ordered by the interior minister, whose findings were publically snubbed by the military, as “rejected.” As the fracas came to head, threatening Pakistan’s fragile democracy, the army chief decided to retreat, bringing a lot of embarrassment and public outcry on the military institution. The cracks, nonetheless, keep dogging the civil-military relations.

Third, the economic hardships, income disparities and social injustice have produced highly literate but unemployed youth, carrying no faith in an elitist and corrupt democracy or the outdated Colonial judicial system, as came out in a 2013’s British Council survey. Society’s marginalization and radicalization have not only increased the crime-rate – some 3.17 million criminal cases reported between 2008 and 2013 – but also made the youth find salvation in either martial law or Sharia based governance. A PEW survey in 2013 had further found 84 percent of Pakistani population favouring Sharia in the country.

Since Daesh’s franchises have developed stronger roots and greater appeal among Pakistan’s disenchanted youth, extremism has risen to an alarming level; so much so, the army chief had to recently huddle all the vice-chancellors of universities to lecture them on the gravity of situation. As I had found in another 2015’s paper: Jihadistan: Pakistan’s Path towards Extremism and Extermination, hyper-extremism took over as society’s new-normal and accepted behaviour.

Fourth, Pakistan’s ‘power of pulpit’ remains a major hindrance towards harnessing jihadist culture. Pakistan’s first president, Ayub Khan, had notably observed: “Pakistan was not achieved to create a priest-ridden culture but it was created to evolve an enlightened society.” However, the religious militancy’s synthesis with religious economy granted the Mullah-mafia a predominant role in the society. Small wonder, uncountable and unregistered Madrassas (religious seminaries) keep mushrooming – churning out highly radicalized youth indoctrinated in the fervour of jihad.

Finally, the state is reluctant to take any action against the Afghan Taliban having sanctuaries in Pakistan – a fact admitted by Pakistan’s former foreign adviser, Sartaj Aziz – considering them ‘asset’ in any future political dispensation in Kabul. Same approach applies to the Kashmiri mujahedeen, who remain useful until the final resolution of Kashmir conflict with India. Pakistan’s logic lies behind simply placing Hafiz Saeed – a UN proscribed head of Lashkar-e-Tayaba/Jamat-ud-Da’wa – under house-arrest and protesting against the blacklisting of Hizbul Mujahedeen as terrorist group by the US.

As for the sectarian groups, the state is too fearful of their retribution – considering to mainstreaming them into politics. Thus despite proscribing some 212 militant organizations, the grant of amnesty to the Punjabi Taliban and allowing the Kashmiri and sectarian groups to operate freely in the country – under changed names – comes from state weakness and mislaid policies.

The government’s priority – or lack thereof – towards countering extremism gets amply displayed in its inaction on the 2014’s devised National Action Plan (NAP). While the government had instantly demonstrated its debility when it had dropped three critical elements of the 20-point NAP right at the outset, including action against banned organizations, reform of madrassas and the repatriation of Afghan refugees; progress on other 17 pledges – such as launching a counter-narrative against extremism, action against armed militias and sectarian violence, control of hate speeches and literature, anti-cyber-terrorism, prohibition of foreign terrorist funding, revamping of criminal justice system, tribal areas reforms, controlling minorities persecution, and deployment of a dedicated counterterrorism force – remain a far cry.

Since 2016, at least 14 scholarships have been published on Pakistani jihadists and their alleged links with the ISI, demonstrating global unease about non-state actors. Demanding Pakistan to change its “paradoxical” policy of supporting the militants, President Trump has further warned Pakistan: “We can no longer be silent about Pakistan’s safe havens for terrorist organizations, the Taliban, and other groups that pose a threat to the region and beyond.”

The question is: can coercion bring a change in Pakistan’s behaviour? Not until Pakistan’s external threats are addressed and its territorial disputes are amicably resolved. However, Pakistan’s must deal with its internal inconsistencies while stemming its extremism and religious radicalization on urgent basis.

Caught between the devil and deep blue sea, the worst choice Pakistan can make is not to make any choice.

Adnan Qaiser is a Research Associate at Conference of Defence Associations Institute, Canada, with a distinguished career in the armed forces and international diplomacy. He can be reached at: a.qaiser1@yahoo.com

The original version of this article has been published by CDA Institute.