Pakistan to approach IMF for a bailout, Asad Umar announces 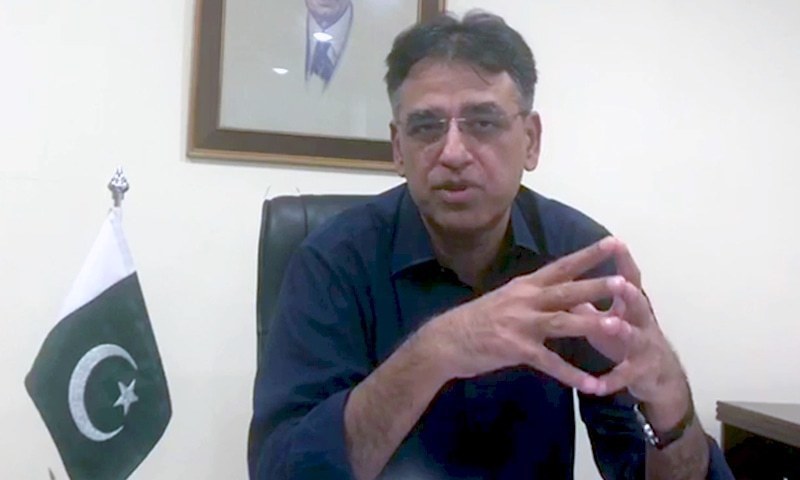 The government has made the “difficult decision” to approach the International Monetary Fund (IMF) for a bailout to address the mounting balance of payments crisis faced by Pakistan, Finance Minister Asad Umar announced on Monday.

In a video message, the minister revealed that Prime Minister Imran Khan had given the go-ahead to open talks with the Fund for a bailout programme after consulting economic experts and stakeholders.

“The prime minister… after consulting everyone decided today that we should open talks with the IMF,” Umar said.

Read: Fresh engagement with IMF is important for Pakistan to attain credibility

The negotiations will be aimed at reaching a “stabilisation recovery programme” which can be used to tackle the economic crisis, the minister said.

With the IMF programme, the government will aim to have a “minimum impact” on low-income classes, while passing on the burden to wealthy citizens, he said.

Umar said everyone is aware of the difficult economic conditions left by the previous PML-N government for the country, which was why the Pakistan Tehreek-i-Insaf-led (PTI) government had decided at the start of its term to take measures to bring the country out of the crisis.

“And for that, we [had decided] to look for more than one resource, simultaneously,” he added.

He said discussions regarding such economic measures had been taking place for a few weeks before deciding on approaching the IMF. Decisions were taken internally and consultations were held, and are still being held, with friendly countries as well, he added.

In a statement, Umar said there is a history of Pakistan repeatedly going to the IMF with every new government, noting that there have been 10 IMF programmes since the 1990s in one shape or the other. This he attributed to the “legacy of those who held power in the previous government[s]”.

The challenge before the incumbent government is to ensure that fundamental economic structural reforms are carried out to ensure that “this spiral of being in an IMF programme every few years is broken once and for all”, he said.

In this regard, the minister announced he will hold meetings with the top leadership of IMF during the annual meetings of World Bank/IMF at the Indonesian island of Bali later this week.

Pakistan has gone to the IMF repeatedly since the late 1980s. The last time was in 2013, when Islamabad got a $6.6 billion loan to tackle a similar crisis.

Umar did not specify the amount Pakistan would seek.

Analysts say the country needs a loan of around $12bn to turn the corner, but a diplomat told AFP in August that Islamabad is betting on a loan of at least $6.5bn to get it through the crisis.

Prime Minister Khan had on Sunday hinted at approaching the IMF for “bridging loans” during the critical phase the country is passing through, besides exercising options like seeking help from friendly countries to deposit funds in the State Bank to boost reserves.

The government decision to seek a bailout programme comes at a time when the IMF has concluded that the country faces significant economic challenges, with declining growth, high fiscal and current account deficits, and low levels of international reserves. It has found recent policy measures to be in the right direction, but not yet sufficient. It wants decisive policy action and significant external financing to stabilise the economy.

The IMF also warned the new government that growth would likely slow and inflation rise further if it does not act fast.

According to data released last week, State Bank of Pakistan’s reserves suffered one of their sharpest drops, hitting its lowest level in four years following a decline of $627.7 million to $8.4 billion during the week ending September 28 due to external debt servicing.

The delay by the government in announcing its policy direction to tackle the worsening external crisis has perturbed the financial sector, which has been criticising the government’s inaction to deal with the situation.