Pakistan: Time to quit US proxy war in Afghanistan 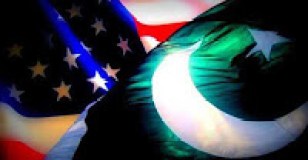 My narrative may sound undiplomatic, but it is a true reflection of the feelings of Pakistanis. Those in power or seeking access to the corridors of power may still be willing to negotiate the terms to continue to tow the US foreign policy. However, the demonstrations held in various cities of Pakistan on Sunday were a clear demonstration of the feelings of the masses. The use of power to disperse the demonstrators, the use of tear gas shells and the insulting attitude towards religious clerics was enough to instigate the mob.

The worst was the helplessness of the government that was evident when it admitted that resorting to assault by police was uncalled for and those arrested were also released to avoid further agitation. It is a practice around the world that people submit a note of descent at the embassy/consulate which is received by them. Pakistanis were also following the same protocol/code of conduct and wanted to hand over their note to the US Consulate in Karachi.

The anti Pakistan statements of the US president and other functionaries (including foreign office and the army) are nothing but the release of growing frustration after facing defeat after defeat. Though, the US administration is still not ready to accept its defeat in Iraq and Syria, it is eager to shift the attention to some other parts of the world.

The effort by the US to initiate an arm- encounter between Saudi Arabia and Qatar failed and no one seems to be ready to accept its allegation against Iran. In the Korean Peninsula the US faces serious resistance from China and Russia. India already faces strangulated relationship with China and seems not ready to indulge in any other adventure. This gives it (the US) the chance to talk about Afghanistan, where the war is going on among the tribes to get control over opium cultivation.

The US has already lost its war in Afghanistan and its sympathizers are confined to the presidential palace in Kabul. The classification of the good and the bad Taliban has also lost its meaning. It is apprehended that the ISIS members on the run from Iraq and Syria are landing in Afghanistan. To keep these blood-thirsty and ruthless beasts busy the US has the option to herd them into Pakistan or Iran. After the recent failed adventure of ISIS in Iran, Pakistan becomes the softest target, because of hundreds of kilometers highly porous Pak-Afghan border.

Under the prevailing circumstances, Pakistan Army has the prime responsibility of protecting its borders with ever hostile India and Afghanistan and stopping any attack on Iran from Pakistani soil. Many of the critics have already pointed out that some of the local channels, getting support from outside Pakistan, are busy in creating anti army sentiments, this policy in the past has led to the creation of Bangladesh. The masses expects that the army will not move its focus away from defending Pakistan to fighting any proxy war.

The Government of Pakistan will have to tell the US in clear words that it does not need the paltry payment for providing logistic support to the US troops. Pakistan will also have to mend its relationships with India and Iran. My humble advice to the Indian government is that it should abstain from opening fronts against Pakistan, because the war would force the foreign investors not to invest in war-ridden country.

The article appeared in shkazmipk.blogspot.com on 27/08/2017