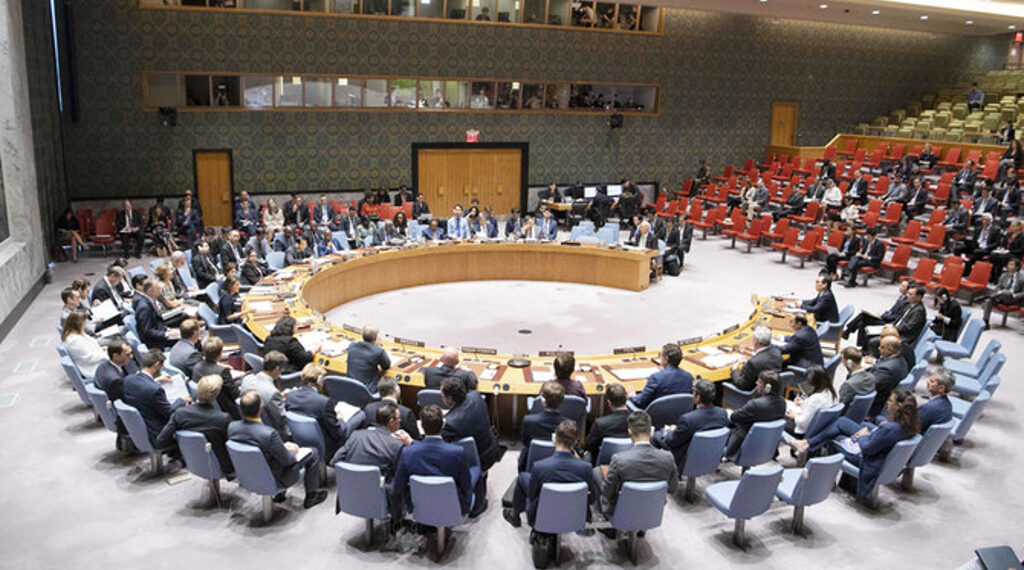 During the UNSCR 1540 meeting Pakistan insisted that it is the legitimate right of the states to avail dual use technologies and material while keeping them away from the non-state actors. It was argued that the principle driver of proliferation are the state’s insecurities and they must be addressed unreservedly, but at the same time having the right to participate in the decision making process regarding global regulation of technology and access to technologies must be enjoyed by all the states in the non-discriminatory manner. In order to achieve this, the MECRs (Multi-lateral export-control regimes) must be democratized and the arbitrary entity listing along with waivers, discriminations and exceptions needs to be eliminated. Pakistan emphasized that the sensitive technologies must be protected against the non-state actors but it should be the right of the states to use these dual use materials and technologies for the peaceful purposes. The minority of technology holders should not monopolize the access to the technologies, equipment and materials. MECRs (Multiple Export Control Regimes) must not be used by the few states as an instrument of coercion to further their strategic and political interests.

Pakistan conveyed its consistent view during the general debate that the international instruments and standards that are designed to address the threats to international security and peace posed by WMDs must be developed through multilateral and inclusive negotiations. Pakistan being a responsible nuclear state and member of the Security Council has being fulfilling its obligations under the resolution 1540 in order to strengthen the global framework for the non-proliferation of biological, nuclear and radiological weapons to the non-state actors.

Resolution 1540 had made a useful contribution to advancing non-proliferation goals but this has been overshadowed by the several reversals in non-proliferation and WMD disarmament. A new nuclear and conventional arms race was underway when there was no Biological Weapons Verification Regime. Established non-proliferation norms and standards have been eroded by discrimination and double standards in the pursuit of narrow national interests. In order to address this issue, the 1540 Committee should focus on capacity building, national legislation and voluntary assistance. Provisions for technology control under resolution 1540 should be transformed into a treaty-based framework through specific treaties in the nuclear, radiological, biological and chemical weapons domains. Pakistan also proposed the establishment of an Open-Ended Working Group (OEWG) under UN’s auspices to prepare recommendation for more equitable access to the technologies, material and equipment, and called for evolving a UN-based review mechanism to address the denial cases that deprive countries of the technologies essential for development.

The UNSC resolution 1540 provides a concrete mandate for counter-terrorism and non-proliferation. However its effective implementation is still in progress and will mature with time. Even though the state’s compliance has increased, the complete implementation is still a long term task. There are still some provisions that need to be enforced and operationalized across the broader spectrum to make the resolution fully operational and effective. In pursuing implementation of the resolution, the Committee must stay focused on its core mandate i.e. prevention of WMD proliferation by non-state actors. Ideas and suggestions for an enhanced role and revision in the 1540 architecture need detailed discussion and careful evaluation by all Member States.

Pakistan will continue to contribute towards achieving non-proliferation objectives on an equal footing as a partner of the international community. Pakistan also seeks a non-discriminatory global regime on non-proliferation that is principle-based, inclusive and underpinned by the cardinal principle of equal and undiminished security for all states. Genuine progress on disarmament necessitates a conducive regional and global security environment as well as the resolution of long-standing disputes and conflicts.

The writer is working as a Research Officer at the Strategic Vision Institute (SVI), a non-partisan think-tank based out of Islamabad, Pakistan.