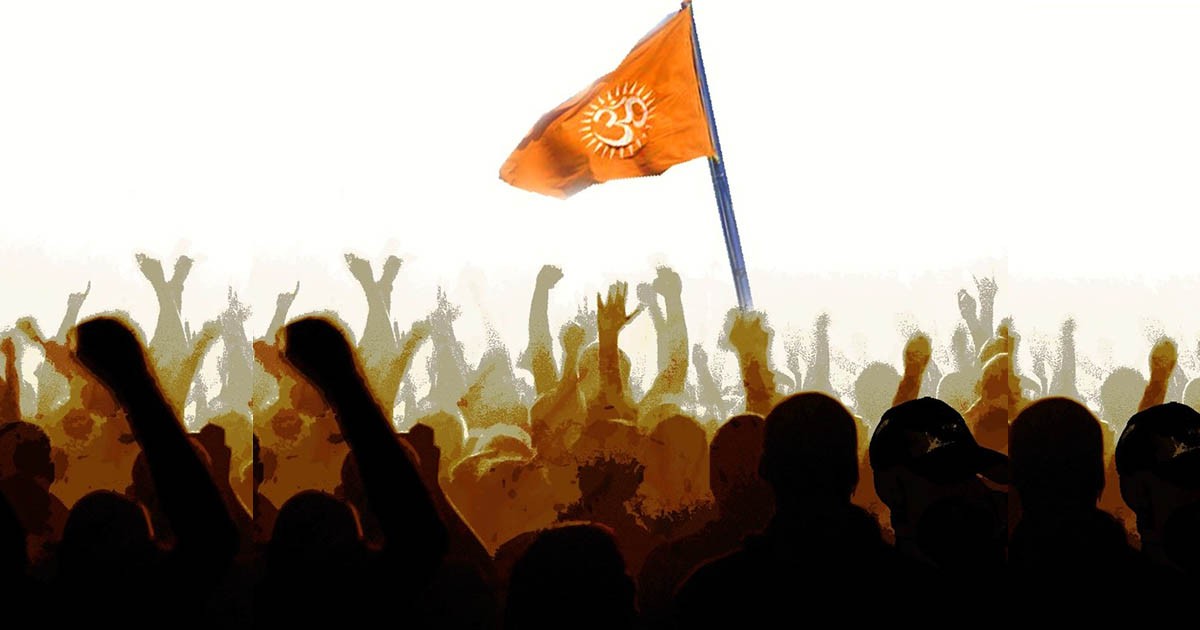 The rise of neoliberal marginalisation combined with social and economic marginalisation under a Brahminical structure and its caste-based hierarchical social order has laid the foundation for ‘Hindutva’ political, social, cultural, and economic projects. The resurgence of neoliberalism from the 1980s led to the acceleration of further marginalisation of the masses and consolidation of the capitalist class’s grip over Indian economy and politics, which led to the rising of Modi-led Hindutva politics. The political disenchantment combined with depoliticization has made India a fertile ground for Hindutva shock therapy to normalise structural exploitation supported by caste-based capitalist order.

The rise of neoliberal markets in India has transformed consumer culture’s diversity and established the monolithic culture of consumerism. The diversity of consumption promoted the diversity of local production and helped local producers in India, which was dismantled with consumerism.  Consumerism disciplines small producers and promotes its monolithic culture of mass production of goods and services. This transformation helps the consolidation of corporates in the production and distribution of goods and services.  This is the foundation of the Modi government’s agricultural reforms.  It is shock therapy for both consumers and producers in India. It disciplines both the Indian agricultural economy and society in the interests of corporations.

From demonetisation, GST, banking reforms, labour law reforms, citizenship amendments to agricultural reforms are different stages of Hindutva shock therapy to actively destroy established democratic norms and disregard institutional traditions are essential processes to reconfigure Indian society to normalise inequality and exploitation. The authoritarian Hindutva shock therapy is a process of lasting structural transformation of Indian society, politics, and economy for deepening capitalism. The religious attacks on minorities, farmers, students, women, Dalits, and tribal and other forms of violent crimes in India are products of coordinated efforts led by Hindutva forces and their crony capitalists. These shocks are essential components to establish authoritarian control and dominance over the masses.

The Hindutva ideology derives its justification from European fascism and Nazism. In contrast, its economic policies are products of the Washington consensus driven by liberalisation of economy and laws, privatisation of national resources, and capitalist globalisation. The idea of minimum government and maximum governance by Modi is a product of such a political, economic, ideological praxis. The RSS and BJP are twin Hindutva organisations that claimed and propagated economic nationalism in their manifesto for the last five decades but implemented neoliberal projects in the name of economic growth and development. Hypocrisy is the only defining feature of religious, neoliberal, and right-wing forces.

The Hindutva anarchy in India today is not an accident for a systematic design to destroy every tenet of democratic culture to establish authoritarian Hindutva capitalism, its state, and government apparatus. The Hindutva shock doctrine helps create a trustless, fearful, and subservient society, which is essential for authoritarian politics concomitant with the capitalist economy.   Therefore, the crisis and failure of law and orders are not accidental in India. These are part and parcel of Hindutva ideology, which produces social and economic conflicts and crises to control the masses to pursue the RSS, BJP, and corporations’ political and economic agendas. In this way, the Hindutva shock therapy is dismantling democracy, dispossessing the masses, and destroying citizenship rights to uphold capitalism’s interests. The dominance and growth of Hindutva are not only about spreading a fraudulent narrative about cultural Hindu nationalism but also about normalisation of caste and capitalism in India.

The outcomes of Hindutva shock therapy are visible. The major economic indicators are looking gloomy in India. The unemployment and poverty rates are at an all-time high. The industrial production is low. Modi’s propaganda has failed to hide declining trade and investment in India. Modi government has failed miserably and accelerated the health crisis led by the coronavirus pandemic. The directionless lockdown has destroyed production, distribution, demand, and supply in the Indian economy, but the corporations continue to amass their wealth even during crisis times. The Modi government is making capitalism with Hindutva characteristics that serve RSS, BJP, and their crony capitalists. Modi and his Hindutva politics sacrifice India and Indians to save and sustain capitalism in India, where misery for millions and prosperity for few is a norm.

However, the rise of struggles against caste, capitalism, and Hindutva by the farmers, students, religious minorities, and workers in the streets of Delhi and different parts of the country are illuminating new hopes for the restoration of secular and liberal society and constitutional democracy in India. It is time to celebrate struggles in India’s streets to ensure the defeat of Hindutva ideology and the Modi government.  Despite all propaganda and state power, fascism, Nazism, and capitalism have failed in human history. The future of Hindutva fascism and capitalism in India will be no different. The failure of Hindutva is immanent and let’s accelerate the struggles against it before it further damages the future of India and Indians.