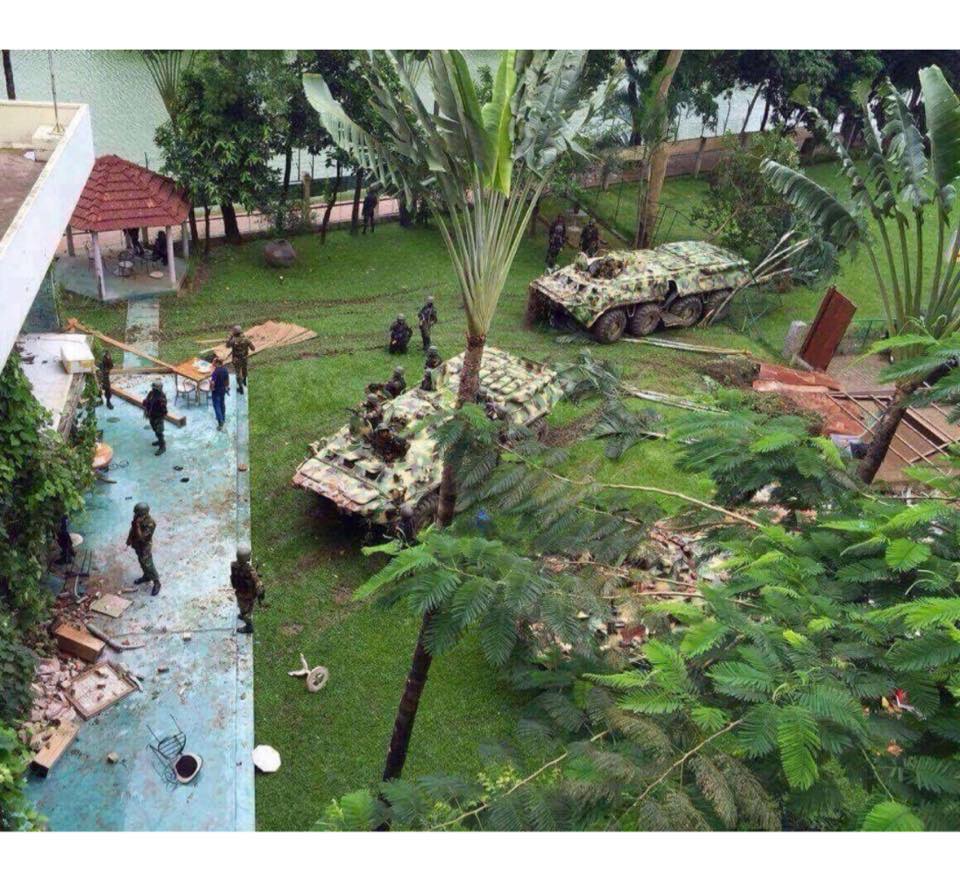 Although some Bangladeshi politicians till the recent past had been in a denial mode about the presence of any ISIS elements in the country, the latest terror attack in Bangladesh has spelled out with no ambiguity that it was ISIS, which was behind the killing of 28 people at the Holey Artisan café at Gulshan, Dhaka. For some strange reasons, despite ISIS claims, the US State Department attributed the attack not to ISIS but to al Qaeda. However, as the standoff continued – within two hours of the attack – ISIS posted gruesome pictures of victims inside the café to ‘Amaq (its media agency), and claimed it had killed 20 hostages. Interestingly, the number corroborates what we get from various Government agencies.

Now, it’s not the time to debate whether ISIS, al Qaeda, or some purely homegrown terrorists were behind the latest attack. In view of the ongoing unresolved killings of bloggers, writers, intellectuals, non-Muslim priests, traders, and ordinary people since early 2013, one believes more than one group of terrorists and criminals – including law-enforcers – have been involved in these killings. Surprisingly, by now the police have arrested more than 10,000 “suspects” from across the country, in the name of countering terrorism. One knows the real motive of these arrests. Even British weekly Economist has recently exposed the ill motive of the police. But the police do it with total impunity. And the impunity of the protectors of law leads to terrorism and anarchy.

One can’t deny the existence of various Islamist terrorist killer groups in Bangladesh, such as the pro-ISIS Jamaat ul Mujahedeen Bangladesh (JMB), and the pro-al Qaeda Ansarullah Bangla Team (ABT). Again, terrorism isn’t a primeval cause or the “original sin”; it’s a reactive force, an ideology-driven violent political alternative. Terrorism could be totally anarchic, and nihilistic by nature, unexplainable by any rational argument or discourse. As leading experts on terrorism have explained, suicide terrorism is a “rational behaviour”, which is often beyond the comprehension of normal people. We can’t win against terrorism unless we understand the phenomenon.

Thousands of Bangladeshi Muslims have had exposures to the Afghan Jihad, Taliban, al Qaeda, and of late, to the ISIS in Iraq and Syria. Hundreds of Bangladeshi men (and some women) have already joined the ISIS in Syria. Marginalized and angry people from higher echelons of society have been traditionally swelling the ranks of Islamist terrorists for the last thirty-odd years. None of the 9/11 terrorists were poor, madrassa-educated people. Almost all the terrorists leaders (with a few exceptions) have been secular-educated engineers, doctors, and technocrats. No wonder all the terrorists killed in the Gulshan Attack were from secular-educated upper middle class/rich families. Thus Islamist terrorism isn’t a derivative of Islam or madrassa education!

Since politicians anywhere don’t know everything, they shouldn’t pretend to be super intellectuals; they should speak less, and learn more from their own or foreign experts. Terrorism is one such area, which isn’t as simple as a short story by Chekov or Tagore. It has apparently all the similarities with crime, but simultaneously very different from crime as well. While criminals deny and hide their crime, terrorists brag about their violent acts – mass killings and destructions – and often make false claims. Terrorism survives with the oxygen of publicity. So, terrorism isn’t a problem to be resolved or tackled by police, or even a smart SWAT (Special Weapons and Tactics) Team of America, let alone by the military. In sum, terrorism isn’t a problem of law and order, to be resolved by law enforcers. Terrorism is more than 90 percent political, social, economic and psychological; less than 10 percent may be motivated by deviant religious ideology or practices.

Unfortunately, leaders belonging to the ruling parties either deny the existence of any Islamist terror groups in the country – both the BNP and Awami League suffer from this syndrome – or, they invent some scapegoats from the opposition parties (sometimes total strangers) to implicate them in terror attacks. The staging of the “Joj Miah drama” by the BNP-Jamaat Government in 2004 is still fresh in our memory. The police falsely implicated one Joj Miah in the infamous Grenade Attack on Sheikh Hasina’s rally in Dhaka on 21 August 2004 (that killed 24 people and injured around 300). Innocent Joj Miah spent four years in prison. Mutual name calling by Bangladeshi politicians as proxies of al Qaeda and ISIS is also counterproductive. This sort of irresponsible behaviour is divisive, and makes counterterrorism ineffective, difficult, and farcical.

Although the PM in her latest address to the Nation in the wake of the Gulshan Attack didn’t mention BNP-Jamaat as promoters of terrorism, yet one takes her following assertion with a grain of salt: “They’ve taken a path of terrorism after having failed to win the hearts of people through the democratic process”. One’s not sure about who are these people! Did these terrorists ever try “democratic process” in the past? The not-so-hidden innuendo is unnecessary, and uncomforting. Even leaders’ subtle name calling at each other at this grave hour of national crisis and emergency is likely to backfire, to the detriment of effective counterterrorism (CT).

At the end of the day, Bangladesh must admit international Islamist terrorist outfits are actively engaged in killing people in the country, and they are NOT through yet. Most importantly, the Government and people concerned must realize poor Bangladesh can’t afford CT operations. CT has cost America billions of dollars, and the cost is going up and up. Bangladesh can’t afford it, which would cost the country many times more than the cost of making 100 Padma Bridges. So, the country must find out ways to eliminate terrorism at the roots, or before it even sprouts up. It needs sustained anti-terrorism measures through good education system, equitable distribution of wealth and opportunities, and transparent government (if not real democracy).

Bangladesh needs a foreign policy in conformity to the country’s geopolitical and domestic interests. Agreeing to send mercenary soldiers in support of Saudi Arabia was unnecessary. This policy must have angered various Islamist terror groups in Middle East and beyond. Many experts at home and abroad believe Bangladesh has a very subservient foreign policy vis-à-vis India. I’m not going to catalogue here in how many different ways Bangladesh’s mighty neighbour has angered and humiliated Bangladesh since its emergence in 1971. The way India’s former Foreign Secretary Sujata Singh intervened into the domestic politics of Bangladesh on the eve of the January 2014 Elections was disgusting, and tells a million tales in this regard.

While democracy, accountability and equality before the law have almost disappeared from the country, the polity has already been thoroughly “Islamized” or “Arabized” having most primitive and extra-Islamic institutions. Last but not least, terrorism isn’t all about poverty. It’s not a backlash of the poor, but a weapon of the weak. Weak and marginalized young men and women who want to achieve something for their country, nation, race, or religion. One doesn’t doubt that they are misguided. Any society, which promotes pre-modern values, glorifies death, not life, and provides no peaceful alternative for change and improvement become a safe haven for terrorism, anarchy, and nihilism. Bangladesh has potentials to turn either way, toward democratic civility, or totalitarian proto-fascism. The latter promotes state-terrorism, and nurtures non-state terrorist actors under the aegis of terrorist outfits like al Qaeda, and Islamic State.

In sum, Bangladeshi politicians, analysts, intellectuals, and media should do the following three things for the sake of durable peace and order in the country: a) never ever deny the existence of terrorism, as there is hardly any country without terrorists or terrorist sympathizers, in the post-9/11 world; b) never ever cry wolf or raise false flags about “impending” terrorist attacks; and c) never ever think of gaining political leverage by falsely implicating political rivals or personal adversaries as terrorist agents. Terrorists gain most in divided and fractured countries. Examples abound.