Nepal:  A failed democracy: Is monarchy the answer? 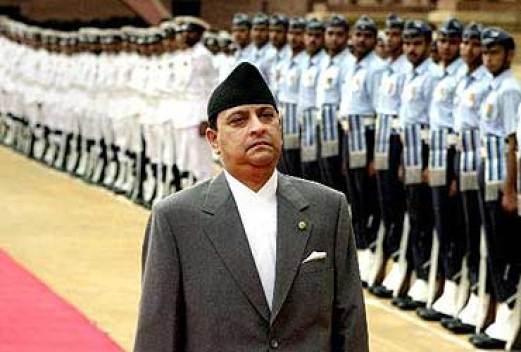 The transition from Monarchy to Democracy has been the zeitgeist of the late 19th and 20th Centuries. Those democracies slowly evolved to partial dictatorships. However, it is rare to see a transition from the Social Contractarian idea of “Self-Rule” by, of, and for the people to the “Divine right to rule” in the capitalist climate. Nepal’s political tectonics seems to shift in favor of a monarchical rule, abolishing the currently unsuccessful democracy. The pro-monarchy protests and mass agitations have been mushrooming in Nepal as the government is embroiled in its internal vendettas and has utterly failed to control COVID-19.

Why are the monarchists hooting?

Firstly, the people’s inability to steer the nation towards prosperity and rampant corruption across the country has enraged the people of Nepal.  According to the recent report released by Transparency International in Nepal, corruption burgeoned by 58 percent in the past year. The report further manifested that 50 percent of corruption cases were related to persons, organizations connected with the Prime Minister’s office, and the President’s office. In such a scenario, the monarchists believe that there will be a lesser surface area for the possibility of corruption in a monarchical rule. Since a monarch will already be replete with the generous pensions and bounties of the state, they cannot be easily bribed like the underpaid government servants and will act in the country’s best interest. Secondly, they believe that the government has utterly failed to ensure proper freedom of speech, protection from exploitation, and proper plans of action to handle the COVID -19 situation. Thirdly, monarchists still hold the perception of monarchs as loyal and patriotic towards the country. Nepal’s populous had high hopes from political parties as people imagined a different era of ”New Nepal” but their dreams shattered as they could witness neither freedom nor development in the country. Monarchists believe that the unending tussle between competing powers and partisan politics in the parliament promotes party interest at the cost of national welfare. A divided parliament cannot come to a unilateral decision and pass bills that deliver solutions, while a monarch can act quickly and unilaterally. Finally, the government failed to uphold the very principles due to which democracy survives. Francis Fukuyama, an American Political Scientist, claimed that democracy was an infallible end in the struggle between ideologies. He believed that democracy’s ability to address the demand for material wealth and its potential to recognize human worth are two major dimensions that ensure the immortality of liberal democracy. However, Nepal is an utter failure to Fukuyama’s hypotheses because it has neither provided material wealth nor ensured a fair human worth. Contrarily, the rampant corruption has driven the country to poverty, and abuse of court orders and restraint of certain fundamental rights have undermined human worth in a democracy. Therefore, it only seems viable to have a monarch who once ruled the country in Nepal’s Golden Age.

What will it take for the movement to succeed?

Religion is the cornerstone of any monarchical institution. It justifies and legitimizes the monarch’s position through the “divine right to rule.” Till the time, religion had the stronghold in Nepal, the monarchy’s position was uncontestable, at least among the civilians (if not among the internal politics of the Durbar). However, when globalization spread its wings in the 1950s, waves of capitalism, liberalism, and western-rational thought penetrated the thick mountains of pristine Nepal. The religiosity in politics was gradually eroding, and the left-liberals were able to successfully establish democracy in Nepal in 1950, toppling the despotic Rana rule.

In Hindu mythology, a King is believed to be the reincarnation of Lord Narayana. It is the virtue of divinity by which the monarchy wields power in the state’s ideological state apparatus. Hence, if monarchists want to reinstate the monarchy again, a Hindu state could only legitimize the monarchy’s position. And with the burgeoning Hindutva ideology and Hindu nationalist sentiments in India, coupled with devout supporters of the Hindu State in the Bharatiya Janata Party (The current ruling party of India), the weather seems much suitable for the monarchists to act.  Moreover, recently ordinance-heavy governance, dissolution of the parliament, and authoritarian behavior of the prime minister have enraged Nepal’s people. Even while choosing democracy, not reap any of the benefits that democracy promises, and having to stand by a democratically elected government that has morphed into a dictator, the monarchists in Nepal are further emboldened to restore the monarchy.

The Reality of the expectations

“Good intentions are not the sure way to good outcomes, but good actions are.”

Democracy never promised development or a utopian world. Therefore it is unfair for the monarchists to use a standard of development or socio-economic climate to judge democracy. It is a burden that is to be shifted to the leadership of that democracy and myriad other variables that might influence the social, political, and economic fabric of the nation. The core purpose of democracy is the control that is granted to the people. When the leadership goes astray, people will have the right to step in and correct the government through various instruments available to them in a democracy, like freedom of speech and expression, right to protest, constitutional and judicial remedy, the balance of power, etc.

Their belief that a monarch will not succumb to the lures of corruption might appear believable. However, Nepal’s royalty has been notorious for sneaking in gold through the airport since Maharajadhirajs’ luggage was not to be touched, let alone be checked.  Even if the monarchs were an epitome of incorruptible goodness, corruption is not something that only happens at the top of the food chain. It prevails in the lower ranks, especially the bureaucracy that is the bridge between the monarchs and the people. Like the Bhardars of the medieval Shah Darbar, the king’s modern-day ministers and officers still have enormous potential to engage in bribery and defrauding the government.

The claims of the monarchists are not well-founded because of numerous reasons. Firstly, Nepal would be jeopardizing its diversity by inviting the monarch. Nepal is a diverse country with a plethora of ethnicities, cultures, and religions. With a concerted democratic effort, it has finally been able to gain a reputation as a secular nation with a fairly peaceful religious history.  However, having a Hindu Monarch would erase the distance between the state and religion and jeopardize the Nepalese diversity’s recent bare minimum recognition.

“Good intentions are not the sure way to good outcomes, but good actions are” as Mahendra’s version of good was “One Country, One dress, One Language, One ruler”; Gyanendra’s version of good was the king as a parent and Nepalese citizens as children who could not think for themselves; The democratic version of the good of the current communist government vacillated between whether the Nepali people deserve to have their representative speak for them, or whether the Prime minister should time and again act as a parent by dissolving the parliament. These historic incidents prove that good is subjective, and thus no amount of loyalty or patriotism would make it correct.

Thirdly, Fukuyama’s point on material wealth and the ability of democracy to recognize human worth isn’t only reserved for democracy but applicable to all forms of government. A happy population has been key for the longevity of any dynasties of political legacies. It is when the state loses the grip over the ideological state apparatus; the population wakes up. It prepares itself for a revolution, leading to the demise of the greatest of regimes or dynasties. The reason for the previous failure of Gyanendra’s reign was his inability to ensure material prosperity of the nation and his failure to control the Maoist movement, who had looted and disrupted every ordinary’s lives Nepalese.

The country scarcely has political ground prepared for the king to return to the throne.  The monarch also blatantly failed to deliver and fulfill their promises even when it had absolute power in its economic development. Multi-faceted poverty was also prevalent when there was the rule of the monarch. Also, the Hereditary rule does not always deliver their best products. Especially considering the notorious ex-crowned prince, Paras Shah, popular for his flagrant disregard of Nepali morals, adultery involvement,  and egregious indulgence in drugs. Thus, what is best for Nepal boils down to a single question: What kind of a leader does it have, rather than the form of leadership. It is up for the Nepali populous to choose.