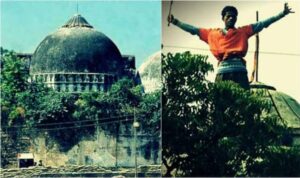 Indian claims to the Ram story and ownership could be challenged from more places than one, says N Sathiya  Moorthy.

Nepal Prime Minister K P Sharma Oli’s recent diatribe that the birthplace of Hindu god Ram is located in his country and not in Ayodhya, need not be a one-off comment that could be laughed away and left at that.

Considering that across South-East Asia there are multiple versions of the Ramayan story, and the more recent Sri Lankan efforts at proving Ravan to be the world’s first aviator, there could be more than meets the eye in what Oli may have triggered at a controversial time in bilateral relations — and thus captured Indian media attention than may have been possible otherwise.

Oli said that Ram’s birthplace was in Thori, he married Sita in present-day Nepal and Sage Valmiki, who authored the epic Ramayan, too lived in Ridi in that country. Taking a dig at the long-pending court case on the Ayodhya issue in India (since resolved by the Supreme Court), Oli said no such dispute existed in Nepal — though the issues are entirely different.

Oli’s observations came in the aftermath of his communist-led government fast-tracking unilateral border realignment with India through a constitutional amendment, with near-nil opposition in the two arouses of parliament. Independent of the issues involved in re-imagining the border, Nepal’s archaeological department has also announced its decision to do some digging job to prove Oli ‘right’.

In the footsteps of Oli’s statement come to the excessive Indian media reports for a year-old Sri Lankan conference to take forward serious studies to prove that Ravan was the world’s first aviator, some 5,000 years ago. Coming as it did a year or so after Sri Lanka had named its first satellite, launched from Japan, as Ravana-1, the conference, sponsored by the Sri Lankan Aviation Authority in capital Colombo’s airport suburb of Kattanayake.

The nation’s tourism ministry has since put out advertisements seeking cooperation from the public, for details, if they may possess any, in this regard. Incidentally, the conference was held in August last year, under the predecessor Sirisena-Wickremesinghe government.

Neither leader nor their rival camps of the time said anything, for or against the study. If nothing else, the ruling Rajapaksas now cannot be blamed for project initiation, though as a stand-alone historical scientific research, India and Indians should have nothing to say about it.

In Sri Lanka, Ravan is a part of the nation’s ancient history, but not as often mentioned as his distant descendant, Kuveni the yakshini and her Indian husband, King Vijaya, are considered the progenitor of present-day Sinhala race. They accept that Ravan travelled by air to India, but do not buy the Indian legend that he abducted Sita.

Some acknowledge that the Ramayan war did happen but it was only for King Ravan to avenge Lakshman, brother of Lord Ram, cutting off the nose of Ravan’s dear sister Surpanaka.

Be that as it may, the fact remains, there are any number of Ramayan versions inside India and more so, across South-East Asia. Apart from multiple Hindu versions, which are not at too much at variance from one another and originate in Valmiki’s epic, there are also Buddhist, Jain and Sikh versions of the tale.

Across South-East Asia, there are different versions of Ramayan, including those in Islamic Indonesia and Malaysia, Buddhist countries such as Cambodia, Thailand, Laos, Myanmar, and also Philippines. In Thailand, Ramakien is a well-received dance drama. In Indonesia, it is Sendratari Ramayan in Java and Bali, and Ramker in Cambodia.

But it is only in India that Ram and Sita are worshipped as gods, and as avatars of Lord Vishnu and his consort Lakshmi. Elsewhere, too, though in most places the local populations are not Hindus any more, the Ramayan dance-drama remains a part of their proud cultural heritage  — and possibly nothing more.

Even in Sri Lanka, there are those who argue in private that the Sinhala-Tamil divide also owes in part to the Vaishnavite-Saivite divisions in yesteryear Hinduism in southern Tamil Nadu especially. Sinhala-Buddhists worship Lord Vishnu, without linkages to any of the Dashavatar stories of India. Hindus among the Tamil-speaking people, especially the Northern ‘Sri Lankan Tamils’, are hardcore Saivites following what is known as the ‘Saiva Siddhandha’ school. To them, Vishnu and his avatars are irrelevant in religious terms.

Oli’s Rama controversy has since been followed by the purported tonsuring of a Nepali citizen in Varanasi, since denied. Denials apart, even without such reports, Covid-centric lockdowns notwithstanding, there are now reports of Nepali workers across India going back home, fearing a backlash to Oli’s unilateral actions on the border maps and his personal claims on Ram’s birthplace.

In the midst of it all come news reports about Prime Minister Modi laying the foundation for the court-facilitated Ram temple at Ayodhya on August 5. While nothing external can stop the function from happening or Modi from participating, at least some neighbours have sought to regionalise, if not internationalise, some of India’s domestic issues — just as the BJP-NDA leadership ruling the Centre is seen as seeking to make bilateral and regional issues  and also the nation’s larger security concerns, a successful politico-electoral plank nearer home.

It is anybody’s guess at this stage if Oli’s is a lone voice, or even the current re-surfacing of Sri Lanka’s last year research project on Ravan is borne only by newsmen’s curiosity. If there is a larger plan, it then remains to be seen if, when and where from Oli’s voice gets echoed — if only to deny India sole authority over the Ram imagery.

If so, it may happen without acknowledging the accompanying Hindu divinity conferred on the epic character, or the ‘Indianness of a common culture’ that Indians (alone) claim has spread across South-East Asia and elsewhere.

If it came to that, Indian claims to the Ram story and ownership could be challenged from more places than one — though it looks a far, far cry just now.