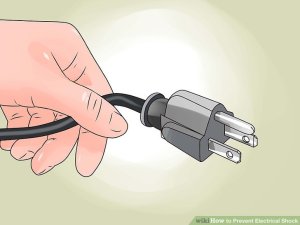 Guwahati: Understanding the gravity of the situation where India loses nearly 10,000 people to electrocution deaths annually, a civil society group based in Northeast has raised voices for a total rearrangement of the power supply system in the country.

Not less than 350 elephants died in the country because of electrocution during the last five years. The list includes casualties of over 180 flamingos, 65 leopards, 20 tigers, 15 sloth bears, 10 lions etc in the same period, it added.

Though low compared to many other States in the country, Assam loses 50 to 90 people annually to electrocution deaths. Over 975 human lives were snatched away by the electricity related accidents in Assam since 2001, where the highest number of electrocution casualties (88) was recorded in 2016. The first half of 2017 witnesses the electrocution deaths to around 60 human beings.

“The statistics relating to electrocution deaths remain appalling. We believe that a pragmatic action plan over the layout of high voltage but low quality live wires, its timely maintenance and adequate public awareness over the use of electrical appliances safely in the country becomes the need of the hour,” asserted the PPFA statement.

Supported by many qualified engineers including Er Tridip Sarma, Er Islamul H. Mandal, Er Vikramjit Kakati, Er Kushal Chandra Deka, Er Manab Changkakoti etc, the statement added that the use of bamboo or other living trees to carry out the electrical wires should (must) be stopped and the Assam Power Distribution Company Ltd must replace all such temporary poles across the State with prescribed posts at the earliest.

The forum also insists on using proper fuse wires (or other protective systems) as a precautionary measure in all electrical systems. Replacing thin fuse wires of low current rating with aluminum conductors (or other wires) of high current rating in low to medium voltage electrical equipment is nothing but inviting a disaster, it claimed.

“As the electrical wiring can create public health hazards, the concerned authority must deal with the safety issue in right perspective. The State electricity departments should create a responsive safety department along with trained safety officers at the earliest,” pointed out by Dr. SI Ahmed, Dr. Jagadindra Raichoudhury, Dr. Buljit Buragohain etc on behalf of the forum.

Mentioning about the future need of energy, the PPFA opined that the government should encourage more alternate sources like solar power in the country, particularly for northeastern States with hilly terrains, forest covers with the visible presence of wildlife, where the laying of high voltage wires for longer distances always faces difficulties.

Where it is possible, the underground laying of live wires, instead of the overhead electrical distribution system, should be encouraged, it argued adding that the underground wiring system should be separated from other utility services including the sewage canals by a reasonable margin to avoid adversities.

“Finally India should debate whether 110/120 volt (alternate current with 50 hertz) may be an adoptable option in place of present 220/240 volt to reduce the fatality of the system to many extents. At least developed nations like USA, UK and even our Asian friend Japan use lower volt lines to reduce the risk factors,” stated the forum.

Otherwise, two independent live/phases (each of 110/120 volt) with one neutral wire arrangement can be adopted where the customers may opt for single phase line only to use in lighting (preferably with LED bulbs), digital screening of television, computer, mobile phones etc and low watt fans. Others, who prefer to use heavy electrical appliances, may go for multi-phase supply lines, it explained.

“We understand that it would be a major policy shift for a country like India involving a huge volume of resources with adequate preparedness. But if India as a nation prefers to put its weight in favour of precious human lives, we must actively debate over the matter,” vowed Rupam Barua, Pramod Kalita, Dhiraj Goswami etc of PPFA adding that the qualified and practicing engineers across the country should come out with pragmatic ideas here for an adoptable resolution for the benefit of the nation.