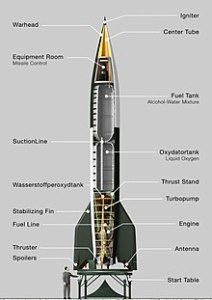 Pakistan’s July 5th flight test of its NASR short-range ballistic missile, with an enhanced range of 60 to 70 kilometers and improved flight maneuverability, has renewed the debate about strategic stability and nuclear weapons in South Asia. The oldest scripts would be back, nevertheless, NASR is a high precision weapon system with the ability of quick deployments.

Low-yield TNWs, as opposed to long-range, high-yield strategic nuclear warheads, are not a new phenomenon. Their emergence dates back to the Cold War when the United States and Soviet Union developed these weapons to deter one another on the battlefield. It is estimated that the United States and Russia still have the largest existing arsenals of TNWs. And deterrence still holds in Europe.

New Delhi’s Cold Start doctrine, which is an offensive one for launching quick military action against Pakistan without crossing the nuclear threshold, provoked Islamabad to develop these battlefield weapons. Nonetheless, these weapons are at the center of a controversial international debate, primarily consisting of Western and Indian analysts, considered them as dangerous. Interestingly, the Cold Start Doctrine was the direct outcome of India’s failure in protracted mobilization and deployment policy alongside the Indo-Pak border during the 2001-2002 Twin Peaks Crisis as well as the loss of strategic surprise in the 2008 Mumbai crisis.

As India has taken its military planning to the sub-conventional level through Cold Start, Pakistan’s nuclear options have taken on increased importance. Pakistan, a reluctant nuclear power, has shown a restrained response to Indian nuclear and conventional modernization. Also the evolution of South Asia’s security dynamics brought about by growing conventional asymmetry has helped in shaping Pakistan’s nuclear options. Furthermore, the apparent reason for developing TNWs was to deter India’s proactive military strategy. These integrated battle groups (IBGs) – offensive strike forces to be deployed along the border under the Cold Start doctrine- are backed by supersonic Brahmos, Nirbhay, Pragati, and Prahaar ballistic missiles.

The introduction of TNWs at this stage has the potential to enhance existing deterrence without diluting its essence. TNWs provide Pakistan with a solution to the increasing conventional disparity with India. In this sense, Pakistan’s TNWs may actually act as a peace guarantor as they affect the calculations of potential enemies who may consider opting for any misadventure, such as a limited offensive strike.

After the covert nuclearization in 70’s, South Asia has been embroiled in an arms race, given the rapid pace of increasing arms and defense deals around. Therefore, fundamentally, NASR provides Pakistan the value-added for deterrence which is best described by borrowing Thomas Schelling’s terminology “rationality of irrationality.” The idea is that “each player’s best choice depends on the action he expects the other to take, which he knows depends, in turn, on the other’s expectation of his own.” Pakistan is doing its best to preserve peace and strategic balance, which continues to shift because of evolution in India’s doctrine.

Critics argue that Nasr is inherently destabilizing because it may compel India to reassess its no-first-use policy regarding nuclear weapons. With having no sufficient evidence that India has reversed its no first-use policy or — for that matter — any other major tenets in its public nuclear doctrine. Pakistan has never considered the Indian NFU policy as candid, and it is a matter of concern for those experts who underestimated the pace of India’s missile development program. The need of fissile material required for the warheads, has been criticized by many experts. Such as, it is argued that India already possess material for 600 nukes, and will be able to stockpile material for over 2600 nukes in a decade. Pakistan has to improvise with a strategy of full spectrum deterrence, with limited number of but various missiles.

Former head of Pakistan’s Strategic Plans Division, Lieutenant General Khalid Ahmed Kidwai, has referred to NASR as a force multiplier that enhances Pakistan’s deterrence capability across the entire threat spectrum from the strategic to tactical levels, supplemented by other ballistic and cruise missile systems with longer ranges. Speaking at the 2015 Carnegie International Nuclear Policy Conference, Kidwai again reaffirmed that as a part of proposed military doctrines, the short range low yield nuclear weapons of Pakistan should be viewed as weapons for enhancing its conventional deterrent capabilities.

Similarly, Brigadier Zahir Kazmi, director in the Arms Control and Disarmament Affairs branch of the SPD also stated that, after the introduction of NASR, if India stops thinking about its most dangerous possibility to fight a limited war under the ambit of nuclear weapons, then arguably Pakistan has been successful to maintain the stability in the region through credibility of its nuclear deterrence.

Pakistan should be ready for any eventuality happening in the future, where arms control agreement and non-proliferation treaties seem to be inoperable. Therefore, the only option Pakistan was left with in the past had been the introduction of NASR missile to maintain stability in the region.