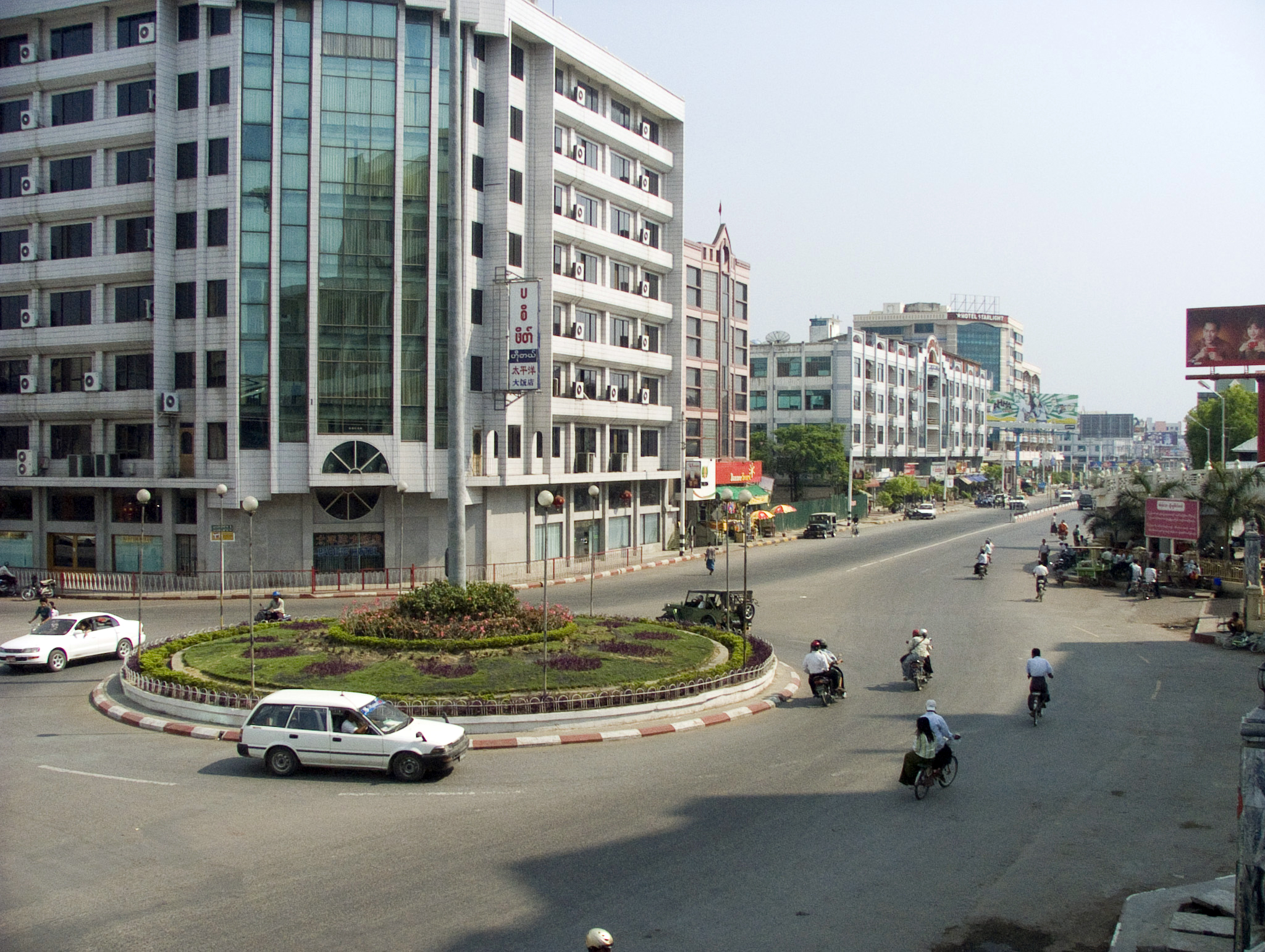 China, of late, has been pitching to increase its influence in the Indian Ocean Region (IOR) through Myanmar. As an emerging maritime power in the Indo-Pacific, China is seeking a legitimate presence in the IOR. However, it faces connectivity dilemma in its approach to the India Ocean, as without a direct connectivity to the IOR, Beijing will not be able to exert its influence in the region. With the new democratic government came to power in Myanmar under  Htin Kyaw of National League for Democracy’s (NLD) in end March, which had got thumping majority in  the general elections held in November 2015, China wants to ensure that Myanmar becomes an important strategic partner for China in the 21st Century Maritime Silk Road strategy.

China is now strengthening economic engagement with Myanmar by building a deep-water port at Kyaukphyu in the troubled southwestern Rakhine Province at the cost of US$280 million. The project is coming up in 1708 hectares, which includes a special economic zone, two deep-sea ports of 148 hectares and 95 hectares, and a 978-hectare industrial zone. The project was awarded to a six-member international consortium headed by one of China’s biggest conglomerates, Citic Group, through a “fair and open bid” in December 2015. The consortium has promised that 90 percent of the project managers would be Myanmar citizens, so that it can avoid Myitsone Dam kind problem. Importantly, Kyaukphyu project is adjacent to the landing point of the dual pipeline that transports gas and crude oil to Kunming of China.

Since Kyaukphyu is an economic-cum-strategic asset, China wants to avoid local resistance that it experienced in Sri Lanka and Africa. It accommodates the interests of the local community so that the consortium collaborates with national government, and local residents have been invited to join a monitoring group that will watch out for any potential social, economic or environmental damage. According to U Myint Thein, the Deputy Rail Minister of the previous military regime, “the SEZ was a long-term development project that enjoyed public support and would provide local job opportunities”.

India Ocean has fascinated great powers throughout history. For China, the emerging great power in Asia, Indian Ocean is still an enigma as it doesn’t have any direct access to the region. In fact, China has adopted a two-pronged approach in its maritime security strategy towards the western Pacific and the India Ocean. Its western Pacific strategy is to push away the United States from the water-body beyond the second island chain, while it ensures that no power, including India gets a controlling stake in the Indian Ocean Region until it becomes a predominant naval power in the Indo-Pacific. China’s Pacific strategy is gradually becoming fruitful with anti-access and area denial (A2AD) systems, which include increasing the number of nuclear submarines and anti-aircraft carrier missile DF21D and HQ-9 SAM missile system to defend the airspace. China enjoys significant strategic advantage of geography against a distant, but militarily superior power, the US in the Pacific; while it faces the same dilemma vis-à-vis India in the Indian Ocean Region.

China faces significant connectivity problem with regard to the Indian Ocean. It cannot spare large numbers of its naval assets to the Indian Ocean because western Pacific accounts top strategic priority. Similarly, the geographical condition of the Southeast Asia, with narrow straits that connecting the South China Sea with the Indian Ocean, also prohibits quick and fast deployment of Chinese navy into the Indian Ocean. Former Chinese President Hu Jintao rightly echoed this sentiment in 2003 and explained the perennial problem of ‘Malacca Dilemma’ that “certain major powers were bent on controlling the strait, and called for the adoption of new strategies to mitigate the perceived vulnerability’’.

The so called ‘string of pearl’ strategy proved unworthy for China because of lack of commitment from the littoral countries to facilitate Beijing’s military interest.  However, China continued it’s strategic-cum economic engagement with ‘all-weather’ friend, Pakistan especially in the case of Gwadar port. China had already financed and constructed the port and has been awarded the management control to operate the port for 40 years in 2015.  Beijing further mooted  China-Pakistan Economic Corridor (CPEC) in May 2013, when Chinese Premier Li Keqiang visited Islamabad.

The CPEC would connect China’s Xinjiang region to the Arabian Sea through a network of highways, railroads, and pipelines, spread over 3,000 kilometers through the rough terrain of the Karakoram Pass, which will make Pakistan a critical node along both land and sea routes. Estimated to cost $46 billion by 2030, the CPEC will cover transport infrastructure projects ($11billion, mostly public investment) and energy projects ($33billion, mostly private). CPEC has, however, been more strategic than economic asset. Pakistan is not an emerging economic power in the IOR littoral, nor does contribute natural resources for China’s economic growth. On the other hand, Islamabad plays a strategic deterrent role for China against India, the largest littoral power and a potential rival for China in the Indian Ocean region.

Now the Gwadar port, very much a part of the ‘string of pearl’ strategy, proved unworthy for China because: firstly, Western China is already connected to the oil-rich Central Asia and is very much part of the ‘One Belt One Road’ land connectivity extending to the western Europe, so it doesn’t necessarily require another connectivity to Gwadar; secondly, the Gilgit-Baltistan region, where the CPEC passing through, is a disputed territory concerning India.

A senior Chinese official recently told the Pakistani media that “China cannot afford to invest billions of dollars on a road that passes through a disputed territory”; thirdly, it is doubtful whether Gwadar is economically feasible as there are other major ports in the region such as Dubai, Salalah and at Bandar Abbas including Chabahar, the one which is coming up in Iran with Indian investment; and finally, both India and the US can effectively create a naval blockade  against Chinese assets in the Gwadar Port as the American Fifth Fleet is based in Manama and India’s Western Naval Command is not that far, too. In a way, Gwadar port cannot be fit into the much needed connectivity for China into the Indian Ocean. Keeping this in view, China has developed a parallel connectivity through the west coast of Southeast Asia and identified Myanmar as a focal point in the MSR strategy, which would provide a “safe” connectivity for China to the Indian Ocean.

In recent times China has enhanced its proactive engagement with Myanmar. After a reformist government of Thein Sein re­placed a military junta in Myanmar in 2011, Chinese investment in the na­tion plummeted – approximately $12 billion from 2008 to 2011 to just $407 million in 2012-13 due to the suspension of $3.6 billion Myitsone Dam project by the Myanmar Government in view of strong domestic opposition. The Thein Sein Myanmar Government instead encouraged Western investment to modernize the nation. Until 2012, Chinese state-owned companies had dominated Myanmar’s oil and gas sector. However, of the 36 oil and gas blocks Myanmar awarded to 47 companies during 2013-2014 period, none was given to a Chinese firm rather western oil companies such as Conoco Phillips, Chevron, Anglo-Dutch giant Shell, Norway’s Statoil, Total of France and JSOC Bashneft of Russia have been awarded maximum oil blocks. The U.S., Japan and other countries have swooped in to cooperate with the Thein Sein government, establishing a foothold in a country China considers its backyard.

China is careful of the regime change in Myanmar. Generally Beijing works well with dictators and gets concession for trade and investment. However, the latest episode in Sri Lanka, where it lost strategic ground to India after the new president Maithripala Sirisena renegotiated the $1.4 billion Colombo port city project after a nine-month suspension of the project. China had earlier faced trouble in Myanmar itself in the form of local protests against the Letpadaung copper mine project in the northwest of the country. Before, in 2010, Myanmar Government had to suspend a $3.6 billion Chinese-led Myitsone Dam project because of the local opposition, as almost 90 percent of the power was expected to have gone to China. Beijing now wants to avoid similar situation in the case of Kyaukphyu project given its huge strategic value, especially its importance in the Indian Ocean connectivity strategy.

China now wants to make better cooperation with the new democratic government of Myanmar. Beijing had invited Suu Kyi to China in June 2015 where she met President Xi Jinping, an unusual event as opposition leaders wouldn’t get to meet the president. According to Xinhua, which provided few details of the meeting, China looks at its relationship with Myanmar “from a strategic and long-term perspective.” The five-day visit was at the invitation of the Chinese Communist Party (CPC) and the purpose was to engage Suu Kyi and her party NLD. The Chinese Government has also hosted politicians from the troubled Rakhine Province, where the Kyaukphyu project is located.

Interestingly, Suu Kyi has already indicated that the new government will review previously awarded projects, including the Kyaukphyu project. However, for Suu Kyi, Chinese investment cannot be ignored. With being part of the New Government, she wants to convert Myanmar into a major economy in Southeast Asia. She also reportedly praised China’s OBOR initiative, expressing hope that it would benefit all sides.[i]According to Myanmar’s Directorate of Investment and Company Administration, China is the largest investor in Myanmar with $15.41 billion in cumulative investment by the end of 2015. Chinese investment accounted for 26.06 per cent of the total investment of $59.15 billion. The Myanmar Investment Commission (MIC), the FDI promoter, Myanmar is expecting the FDI to reach $5 billion by end of the fiscal year in March 2016. The FDI is also expected to show 14 per cent annualized growth from now until 2030, pushing the aggregate amount to $100 billion in the next 15 years. Indeed, China might become a major contributor to Myanmar’s economic development under the new democratic government in future.

As part of MSR strategy, China seeks to establish ‘Dual Use Logistic Facility Model’  to overcome the connectivity dilemma in the Indian Ocean region. Earlier China sought to establish dual use facilities in the island nations of Maldives and Seychelles, but the countries retracted from the offer due to the deft diplomacy by India.  Beijing now considers Myanmar as a major strategic partner in the Indian Ocean and Kyaukphyu project could well become part of dual use asset of China in the region. China already had a naval listening point in the Coco Island of Myanmar from where it can monitor communication of various naval activity in the adjacent area of Indian Ocean region. However, an early fruition of the connectivity will depend on how the NLD regime balances its relations with both China and the West, including India.