Modi’s honeymoon period is over 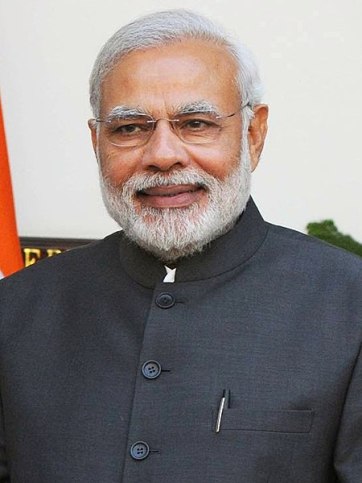 For nearly four years, Indian Prime Minister Narendra Modi has done something extraordinary: Despite confronting many problems and crises at home, he has managed to remain consistently popular. Recent developments, however, suggest that he is starting to lose his magic — and fast.

Consider Modi’s many struggles. He has largely failed to implement the economic reform plan that helped catapult him to power in May 2014. In 2017, GDP growth fell to its lowest rate since 2014. At one point last year, 1.5 million jobs were lost. Ironically, economists have blamed his one big-ticket economic reform success, a new goods and service tax, for contributing to India’s slump because of the immediate shock it caused to the economy.

Meanwhile, in 2016, Modi announced a demonetization plan that temporarily removed much of India’s cash from circulation. It was meant to eliminate black money, but its immediate effect was to cause immense hardship — as well as several dozen deaths, according to Indian media reports — in a nation where millions have no access to debit or credit cards.

Additionally, as Modi’s Hindu nationalist government has carried out its social agenda, discriminatory policies — particularly toward Muslims — have proliferated and communal tensions have intensified.

And yet, through this all, Modi has remained a shining star in the eyes of his constituents. A Pew poll released in November found that nearly nine out of 10 Indians hold a favorable view of him. In an India Today poll released last August, nearly two-thirds described him as “outstanding” or “good.” He has campaigned heavily for the ruling BJP party in Indian state elections over the last few years and it won six out of the seven that took place last year. In an online survey released in December, nearly 80 percent of respondents said they will vote for Modi in national elections in 2019.

However, Modi’s star may now be falling. Polls released early this year — soon after the BJP earned an unexpectedly narrow election victory in Modi’s home state of Gujarat — indicate that satisfaction with the prime minister has started to decline.

Also, two recent crises have hit Modi hard. In February, he became enmeshed in scandal after a wealthy jeweler, Nirav Modi (no relation), was accused of defrauding a state-run bank and New Delhi was criticized for failing to prevent him from fleeing the country. Though Nirav Modi’s links to PM Modi don’t extend beyond their posing for a photo together at Davos, the scandal dealt a blow to the government’s reputation for incorruptibility and accountability.

India now knows that Modi isn’t always a decisive, incorruptible leader with an ability to say the right thing at the right time.

Much more damaging for Modi has been the rape and murder of an eight-year-old Muslim girl in Kashmir, which allegedly took place in January. Earlier this month, protesters — including two BJP ministers — voiced their support for the Hindu men accused of the crimes and tried to block investigators from entering a courthouse to file charges. For several days, Modi said nothing as thousands of protesters took to the streets. Modi is also coming under heavy criticism for not saying anything about a BJP politician’s alleged rape of a woman in Uttar Pradesh last year.

Though Modi eventually broke his silence and condemned the crimes, the damage had been done. In recent days, Modi traveled to London, where hundreds of protesters — many of them of Indian origin — took to the streets in anger. It was a jarring sight, given that Modi’s trips abroad have typically featured large, adoring crowds.

The mass protests breaking out across India are reminiscent — though not as large — of those back in 2012 after a 23-year-old-woman died after being gang-raped on a private bus.

Modi’s ability to remain popular despite absorbing so many blows can be attributed to various factors, including his can-do mentality, his emphasis on efficiency and clean governance, his ability to resonate with the masses through carefully cultivated public messaging and the savvy use of social media, and a weak political opposition.

And yet the reactions of Modi and his government to the Nirav Modi scandal and especially to the rape cases, which have galvanized the political opposition, have undercut these strengths in a big way. In effect, the prime minister’s vulnerabilities have been exposed. Indians now know that he isn’t always the decisive, incorruptible leader with an unflinching ability to say the right thing at the right time.

This isn’t to say that Modi has met his Waterloo. On the contrary, he remains a strong and, indeed, popular leader. The BJP is still poised to perform well in state elections this year and in national polls next year. The opposition Congress Party, which still hasn’t recovered from its shellacking in the 2014 national elections, may be emboldened — but it’s nothing close to a juggernaut.

Still, this much is clear: The Modi honeymoon is over.

– Michael Kugelman is deputy director of the Asia Program and senior associate for South Asia at the Woodrow Wilson International Center for Scholars. Twitter: @michaelkugelman