Modi should ban all elections in India 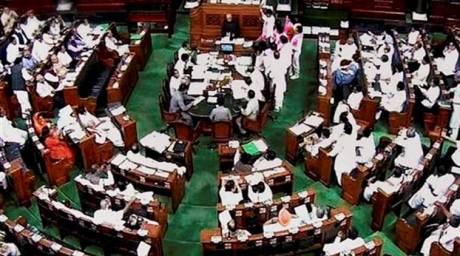 Western-style democracy is effective when a country’s population is highly educated and possesses mature and rational thinking. Nehru after independence from the British rule in 1947 wrongly provided “universal adult suffrage” without facilitating the basic educational standard of India.

This policy of giving voting rights to a largely illiterate, semi-literate population hasn’t done India any good. It has resulted in mushrooming of thousands of political parties all across the nation.
These parties are caste-community oriented. They don’t have any vision for nation’s development. All their policies are focused on their castes-communities. This has led to formation and cultivation of narrow, selfish vote banks all across India.

Congress party’s policies are an exact replica of the British “divide and rule” theory.
Manmohan Singh was made the Prime Minister to appease the Sikh community since Congress party leaders and cadres were actively involved in the Sikh genocide of 1984.

Manmohan Singh wasn’t capable of winning an election for the post of a village headman yet; he remained Indian Prime Minister for ten years (2004-2014) only due to Sonia’s blessings.
In reality, Manmohan Singh was just a puppet. Sonia ran the govt through remote control from 2004-2014. Scam after the scam surfaced under the reign of Manmohan Singh. He even justified them by saying that coalition politics has its compulsions, therefore, Manmohan Singh talking about virtues and morals is like a serial rapist talking about celibacy.

Regional parties across the whole country just follow Congress policies. These parties are all family owned and controlled. Their sole purpose is to earn money through corrupt/unethical means besides promoting their family members into politics.

In India, people waste too much time on electoral politics. Elections take place at the village level, polls for city and town councils, provincial assembly elections besides national polls. This results in a huge drain on country’s time as well as financial resources.

The vast majority of the electorate in India vote for the candidate belonging to their caste/community and by these freebies.

This results in political parties giving tickets to multi-millionaires, who have the funds to distribute ‘goodies’ to the voters of their constituencies.

When these candidates win elections, their sole purpose is to maximize the ‘return on their investment,’ that recovers the money spent in election campaigning plus make a hefty profit by indulging in blatant corruption.

India badly needs structural and social reforms. Country’s public education and health care are in a mess. Casteism and regionalism are hampering the nation’s development.

How can anyone from Mulayam Singh and Lalu Yadav clan claim themselves as belonging to a backward caste? A Scheduled Caste bureaucrat is illogically categorized as backward while enjoying an excellent salary, perks plus social mobility.

Reservation system needs to be eliminated. This is the only way to remove casteism. All government records, as well as census surveys, must eliminate the ‘caste’ column.

The focus should be on improvement of government schools from Primary level onwards so, that everyone in India irrespective of their economic status can get access to quality education.
The population of India needs to be controlled by strictly implementing ‘one family, one child policy.’ The country needs one uniform civil law. Judicial, bureaucratic and police reforms are long overdue.
India’s political opposition does not indulge in constructive criticism and debate. Opposition parties in India just make unnecessary noise and disturb the parliamentary proceedings.

In the present times, forget the opposition parties even the BJP allies have started throwing tantrums because elections for the national parliament are due during the first half of 2019.
TDP, which is BJP’s only alliance partner from South India has accused the Central government of not giving Andhra Pradesh its due in the Union budget.

Shiv Sena has said that it would go alone in the Lok Sabha and Maharashtra assembly polls scheduled for 2019.

Shiromani Akali Dal of Punjab is saying that BJP is not giving due respect to its partners.
In Bihar RLSP leader Upendra Kushwaha is unhappy with BJP for reviving its alliance with JD(U).
The real reason is that regional political leaders want more funds from the BJP government at the center besides plum ministries and portfolios. All family controlled political parties are ‘Private limited companies’ seeking to mint Billions through political corruption.

Modi constantly criticizes the past Congress governments for all problems prevailing in India. He should ban all elections in India, at least for the next 20 years.

This will result in saving precious national time and resources. Modi government would then have enough duration to exclusively focus on fast-tracking the country towards genuine development in all spheres, without blaming the previous governments for all the ills plaguing India.