Modi is a Banyan Tree Under Which Nobody Grows

A place in Modi’s cabinet offers no guarantee of fame or even applause for work done.
Pragya Singh 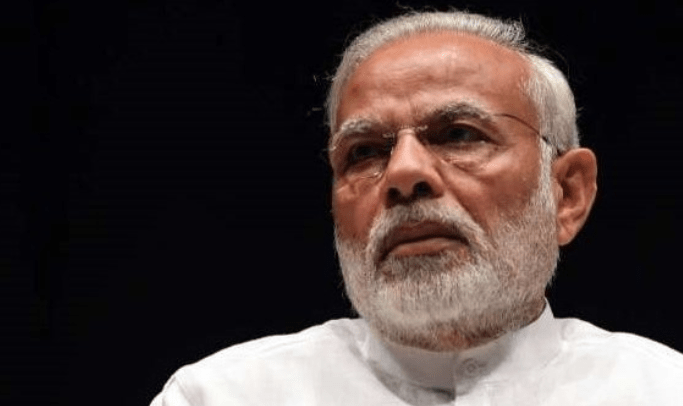 What does it say about a government that its spokespersons are far better known than its ministers? Recently a BJP spokesperson forgot who the Minister for Labour was on live TV. Stumped by the episode, I called around a dozen journalists and assorted lawyers, researchers, bankers, even a Mumbai-based actor, an IT worker in NOIDA and a housewife, asking them to identify the ministers in Prime Minister Narendra Modi’s Cabinet.

Only three people in the straw poll could recall the name of the Minister for Labour and Employment, just one the Union Minister for Culture and Tourism, none the Minister for Skill Development and Entrepreneurship and two the Minister of Agriculture and Farmers’ Welfare. Yet all recognised Sambit Patra, the shrill spokesperson of Modi’s party.

A place in Modi’s cabinet apparently offers no guarantee of fame or even applause for work done. But this is not an absolute rule. When asked to name the Home Minister, people sniggered as if it was a dumb query. Who does not know Amit Shah, right? He was involved in enough controversies before he became BJP president or Home Affairs Minister, so his fame preceded him. But the same hard-boiled journalists went blank when asked who the Ayush minister was.

Some were shocked to learn the Ayush Minister is not Dr Harsh Vardhan, the Health Minister. This would have been a big joke if it was not a bigger relief—at least people knew who the health minister was. You would think people recognise Harsh Vardhan because of the pandemic. Yes, but some still know him as “woh Dilli waley leader”—the education and health minister of Delhi who defeated Congress veteran and incumbent law minister Kapil Sibal in the 2014 election. As Ayurvedic “cures” for Covid-19 flood the nation and right-wing Baba Ramdev becomes unofficial rajvaidya (king’s physician), what chance does a health minister have?

“Modi occupies the number 1 to number 10 slots in his own Cabinet,” said a prominent journalist. So who is at number 11? “It’s hard to tell,” the journalist said, “Probably the Home Minister, Defence Minister and Finance Minister all occupy that slot.”

Indeed the Defence Minister and Finance Minister have a high recall value, for these ministries have a profile, independent of their ministers. Everyone knew who the ministers of Foreign Affairs, Highways and Road Transport too. Even the Human Resource Development and Petroleum and Natural Gas ministers are fairly well-recognised. Yet it is strange that the government of a party which sets such a store by culture has a minister whom nobody remembers. Just before the great dawn of the temple in Ayodhya, should not this minister be all over the news? Uttar Pradesh Chief Minister Yogi Adityanath seems to be talking up the temple alone.

Modi’s Cabinet is stockpiled with ministers handling tasks the PM designates important—like the imperative to empower women and youth. Yet most people could not recall that the Women and Child Development minister is Smriti Irani. Irani’s image as a former TV star has faded; now she is known for electorally vanquishing Congress scion Rahul Gandhi. Very few identify her with ministries she has led: Human Resource Development, Information and Broadcasting, Textiles, or Women and Child Development. Similarly, of the dozen I asked, only two knew the Youth Affairs and Sports Minister is Kiren Rijiju. They still recall him as Minister of State for Home Affairs, not as MoS Minority Affairs.

You would say that journalists aren’t doing their homework. True. You would accuse a straw poll of being terribly unscientific. True again. But this does clarify what many have been pointing out—barring a small handful, Modi’s ministers are overshadowed by him. This week the PM was in the news for supporting the New Education Policy. Earlier he inaugurated two Covid-19 testing facilities in Maharashtra. Then he led the Smart India Hackathon. Tomorrow he will wax eloquent—on renewable energy, maybe. Can anybody name the minister of New and Renewable Energy? None in the straw poll could. You would retort that RK Singh is a Minister of State, not high enough the pecking order for all to know. Fine, then name the Union Minister of Chemicals and Fertilisers. It is DV Sadanand Gowda, and nobody in the straw poll knew. Only four named the Union Minister for Jal Shakti correctly and just three Thaawar Chand Gehlot, the minister of Social Justice and Empowerment.

Modi is looming so large over his own party’s government that even the ministers we recognise were well-known before the Modi era. Defence Minister Rajnath Singh was chief minister of Uttar Pradesh and BJP president. Road Transport Minister Nitin Gadkari is a former BJP president. Law and Justice Minister Ravi Shankar Prasad is a prominent lawyer, former BJP spokesperson and was minister numerous times before 2014. Finance Minister Nirmala Sitharaman was a party spokesperson and that put her in the limelight. Minority Affairs Minister Mukhtar Naqvi and Information and Broadcasting Minister Prakash Javadekar were both popular spokespersons. Being relatively invisible in Modi’s era has not extinguished their names from public memory altogether.

Rajiv Pratap Rudy, the MP from Saran, Bihar, got high visibility during his stint as spokesperson. Now he is recalled as former minister of Skill Development while incumbent Mahendra Nath Pandey was identified by zero people in the straw poll. After they were told that he is the minister, journalists immediately recollected Pandey’s long political career, especially the stint as Uttar Pradesh BJP chief. “He is known as an organisation man, not for the ministry he holds,” one journalist said.

Another senior journalist attributed the widespread ignorance of Modi’s Cabinet in the (print) media to their discomfort. “Journalists who don’t share the BJP’s world-view were stunned by its victory in 2019 and switched off. They no longer care who is minister of what,” this journalist feels.

Then this government has people like the MP Anurag Thakur, known more for outrageous statements than their portfolio. Some ministers are known for reacting in defence of government decisions, most of which are announced by the PM. Commerce and Industries and Railways Minister Piyush Goyal, Ravi Shankar Prasad, and Sitharaman are often in this category. Their “sparring” with Rahul Gandhi has fomented a new reportage style—regular news items on who “hit back at Rahul Gandhi”. To be fair, Goyal is also known as the Railways Minister, especially due to the Covid-19 crisis.

Just like a banyan tree, which draws tremendous resources from the earth, the energy of the government and many ministers is concentrated on making Modi grow in stature and visibility.

So are we to conclude that the ministers who are not easily recognised are not working, or that their portfolio is not important? Minister of Agriculture and Farmers Welfare Narendra Singh Tomar has held six portfolios since 2014—Rural Development, Parliamentary Affairs, Mines, Steel, Labour and Urban Development. Surely while India “doubles” farmer incomes, he should be a household name?

Possibly, Tomar is victim of the persistent indifference towards all things rural, which the Modi government’s pro-farmer rhetoric has not changed. For the same reason, journalists (and others) could not recall who the Minister of Tribal Affairs was, although Arjun Munda was chief minister of Jharkhand. This is also probably true of ministers leading social justice, labour, water resources and so on.

“It is this government’s own doing that the media is unfamiliar with ministers,” says one journalist, referring to the new rule prohibiting media persons from government offices without written appointments. “Government officials don’t like being openly associated with media, so hardly any press enters the buildings where the ministers are,” this journalist says.

Despite near-certainty that their political careers will languish, Congress leaders such as Jyotiraditya Scindia joined the BJP. Sachin Pilot has been denying it, but is widely expected to follow suit. “Lack of recognition is OK with these leaders because joining the ruling party assures them of winning their own seats in Parliament and at least opens the chance of getting a ministry,” says a senior journalist.

Like the banyan which allows some light to filter through, the primus inter pares lets some other saplings grow.