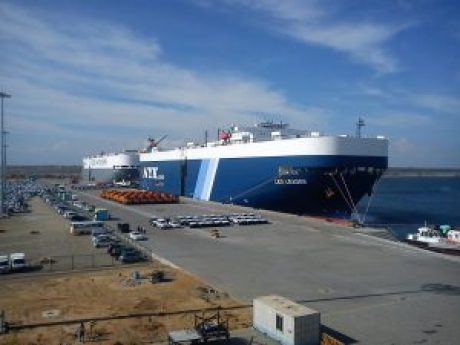 Sri Lanka has been often portrayed as being in the crossroads of geopolitical encounters with powerful nations throughout its history and its unique geographic location in the Indian ocean closer to the Indian mainland, yet distinct from it has made the island’s destiny extremely intertwined with India. Sri Lanka’s own historical identity is the best testimony proving how crucially India has played its influence in the island nation’s destiny. From one side it has been an inexplicable factor that how the Sinhalese community who represent the majority ethnic group in Sri Lanka perceive India as their stances on India embody a love-hate story. While they worship India as the county that brought Buddhism as a spiritual gift, the antagonism towards Indian among the Sinhalese is deeply rooted in the psyche of the people with the intense nationalist rhetoric which has always portrayed India as an invading force throughout Sri Lankan history. When India became an independent nation-state at the end of the British raj, there was a strong proposition arose from India’s scholar diplomat K.M Panikkar regarding the need for immediate cooperation among India, Burma, and Sri Lanka as a pre-requisite for a “realistic policy of Indian defence “. In Panikkar’s fascination on making the Indian Ocean “Mare Nostrum “to uphold India’s position, he further stated

“The first and primary consideration is that both Burma and Ceylon must form with India the basic federation for mutual defence whether they will it or not. It is necessary for their own security”.(K.B Vaidya, The National Defence of India, 1949, p.30 )

Even Nehru himself had pointed to the ethnic, linguistic, and cultural unity of India and Sri Lanka to support the view that later would inevitably be drawn into a closer union with India. Nehru’s approach to Ceylon (Sri Lanka) was not a euphoric claim emerged in the eve of India’s independence mixed with mere chauvinist effusions, because many of Indian policymakers and strategists believe that the departure of British power from the Indian Ocean region has enthroned newly independent India as the natural successor to Britain as the guardian of the Indian Ocean.

However, it was evident that Sri Lanka’s attitude to Indian in her foreign policy was skeptical in the first decade after independence with growing fear pervaded among Ceylonese politicians on a possible annexation of Sri Lanka to the Union of India. It was under this tense perception Sri Lanka’s first premier D. S Senanayake was eager to cementing a defence alliance with Great Britain which he considered being a practical necessity for Sri Lanka’s defence. It is a fact beyond any conjecture that India’s interest Indian ocean and Sri Lanka’s unique location in it are been decisive factors on carving the directions of every aspect of Indo- Sri Lanka relations. Indian naval historian Ravi Kaul wrote in the early 1970s about the strategic importance of Sri Lanka to the defence of India. Kaul stated

“Sri Lanka is important strategically to India as Eire to the United Kingdom. As long as Sri Lanka is friendly or neutral, India has nothing to worry about but if there be any danger of the island falling under the domination of a power hostile to India, India cannot tolerate such a situation endangering her territorial integrity “ ( 1974, Indian Ocean Power Rivalry, pp.66 )

These words still echo in New Delhi’s strategists in planning their foreign policy attitude towards Sri Lanka regardless of whatever the political changes taking place in both countries. In particular, the growing rivalry between China and India in the Indian Ocean stands as a crucial factor in the bilateral relations between India and Sri Lanka. Even decades before China embarked upon their ambitious Belt and Road Initiative, in 1963, China and Sri Lanka entered into a Maritime Agreement giving the most favoured nation status to the contracting partied agitated Indian public opinion at that time as Delhi suspected that such an agreement would provide facilities to Chinese warships.

However, the stir created by Sri Lanka’s close ties with China in the aftermath of the Civil War was a notable factor in the recent past.  The visit of the Chinese submarine in 2014 to Colombo harbour reached the climax of India’s tension on Chinese involvement in the island nation and Indian ocean. Given this critical background newly elected government of Sri Lanka’s “India First” policy seems to be a piece of consoling news for the policymakers in New Delhi. The statement made by Sri Lankan Foreign Secretary Admiral Jayanath Colombage has affirmed Sri Lanka would adhere to the “India First “policy in dealing with strategic security issues that would not undermine the interests of India while dealing with other players for the economic development. This position has given a clear signal to India about a paradigm shift in Sri Lanka’s foreign policy which was weighing between New Delhi and Beijing for years, but the acceptance of India’s position in the Indian ocean by Colombo and her willingness to comply with it is a diplomatic triumph gained by India from the Sri Lankan government under president Gotabaya Rajapaksa.

In his statement, the foreign secretary has accepted handing over of the Hambantota Port to China under 99 years lease was one of the biggest blunders made by Sri Lanka paving the path for India’s great anxiety over China’s role in IOR (Indian Ocean Region). A detailed report by Pentagon to the US Congress has clearly shown that today the Chinese navy stands as the largest navy in the world which consists of 350 warships with two aircraft careers and the report issued by the Pentagon to the US Congress indicates that China is determined to build another two aircraft careers with the eventual goal of overtaking the US. Yet, India’s unique geopolitical advantage will be a greater setback for China to reach its dominance in the Indian Ocean Region. Taking china biggest geopolitical headache Malacca dilemma into consideration, it is evident that India has the biggest advantage thwart Chinese naval engagements in the high seas of IOR and the closer ties with the Sri Lankan government under their newly adopted doctrine “India First” policy would make India’s task easy in its grip over Indian Ocean region. Indeed, it will be the realization of what K.M Panikkar dreamed about the Indian Ocean as Mare Nostrum in the eve of Indian independence.

Nevertheless, it is an indispensable reality to fathom that Sri Lanka is another country that has fallen to China’s debt trap and its long-term consequences can always play a bigger role in the foreign policymaking in the island nation. Even in the statement made by Sri Lankan president Gotabaya Rajapaksa, Sri Lanka needs to look for other players for economic prosperity while giving first priority to India’s security concerns. In this situation Modi’s government needs to understand that assisting Sri Lanka to spur its investments, reduce its debt burden will Colombo’s affinity with New Delhi harmoniously without pushing Sri Lanka towards China due to economic imperatives.

Punsara Amarasinghe is a research scholar at Center for Global Legal Studies in University of Wisconsin Madison and previously held one year research fellowship at the faculty of law Higher School of Economics in Moscow. Currently he is reading for PhD in International Law in Institute of Law, Politics and Development in Scuola Superiore Sant Anna, Pisa. He can be reached at punsaraprint10@gmail.com