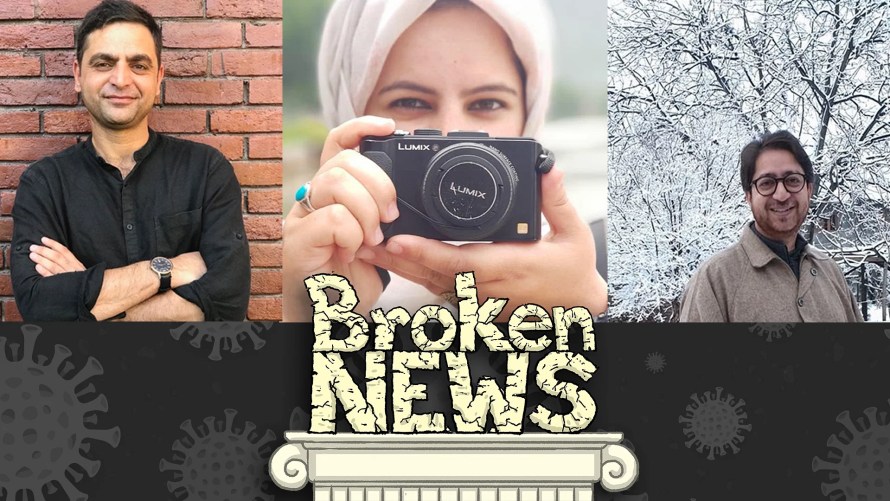 As the Covid-19 pandemic emerged as a severe health hazard to the Indian media fraternity many more journalists start falling prey to the disaster. Thousands of journalists along with other media employees got infected with the Novel Coronavirus as they have been playing the role of Corona-warriors along with the practicing doctors, nurses, sanitation workers, police personnel, etc. Lately, the casualties among media families because of Covid-19 across the country started mounting.

The populous country has lost nearly 50 working journalists to Covid-19 aggravated complications till the end of October, whereas the worldwide media Corona-casualties rises to over 450. The increase of media Corona-casualties in the Indian newspapers, news channels, and digital news outlets is precisely tempted by the callous approach of editor-managements’ towards the scribe while engaging them in reporting the pandemic from the ground with little pre-cautions and also preventive arrangements.

The robust Indian media family lost at least twelve journalists to Corona-complications in September. Lately, a young video journalist from Tripura in Northeast India lost his battle against the Corona infection. Jitendra Debbarma (46), who worked for a Kakborok language cable channel named Chini Khorang, succumbed to Corona complications on October 20, 2020, at Khumulwng hospital, which is around 25 km away from the State capital city of Agartala. Hailed from Balaramthakur Para in Jirania locality, the soft-spoken scribe left behind two minor daughters with other relatives.

Earlier, Mysuru based journalist Pavan Hettur (35), who worked for Kannada daily Prajavani died of the virus infection at a private hospital. He was admitted after testing Corona positive and passed away on 18 October. Patna based photo-journalist Krishna Mohan Sharma (63), who worked for Times of India, died of Coronavirus complications on 15 October while undergoing treatment at AIIMS, New Delhi. The same day, veteran cricket journalist & commentator Kishore Bhimani (81), died after contracting the virus at a hospital in Kolkata.

Guwahati based news presenter in All India Radio, Golap Saikia (52) died from Corona-infections on 26 September at a city-based private hospital.

Patna’s senior journalist Arun Kumar Verma (68), who was associated with various Prasar Bharti outlets died during Coronavirus treatment on 22 September. Indore based journalist Manoj Binwal (55), who was associated with Hindi newspaper Prajatantra, died of the virus infection while undergoing treatment on 20 September. A day back, Agra’s journalist Ami Adhar Nidar (50), who worked for widely circulated Dainik Jagaran, passed away with the infection.

Punjab’s Abohar based journalist Naresh Bajaj (57), who was associated with Sach Kahoon newspaper, succumbed to Corona-complications on 10 September. Ravinder Kumar (30) from Himachal Pradesh, who worked for Dainik Jagran, died of Coronavirus on 9 September. Assam’s rural reporter Dhaneswar Rabha (35) died at Guwahati medical college hospital on 6 September. Rabha is the first scribe in the region to die of Coronavirus. The next day, senior journalist Ashim Dutta (65) passed away with the infection at Silchar medical college hospital.

With all the casualties, the pandemic has crushed the mainstream media industry. Many print media owners have stopped publishing physical newspapers and shifted to the digital space. Some managements closed down their editions in different localities, reduced the number of pages, cut salaries, and even layoff employees including senior journalists citing the reason of shrinking advertisement revenues inviting no or little opposition from the salaried editors.

When over a hundred Guwahati based media persons turned positive for Covid-19, the concerned newspapers, news channels, and other media outlets tried to hide the information. Some infected media persons have however made personal revelations on social media. Various organizations including Journalists’ Forum Assam, Press Club of Assam, etc criticized the media outlets for their selective reporting over the issue arguing that when they identify Corona-patients by name & photographs, how come they collectively remain silent while their own employees turning Covid-19 positive?