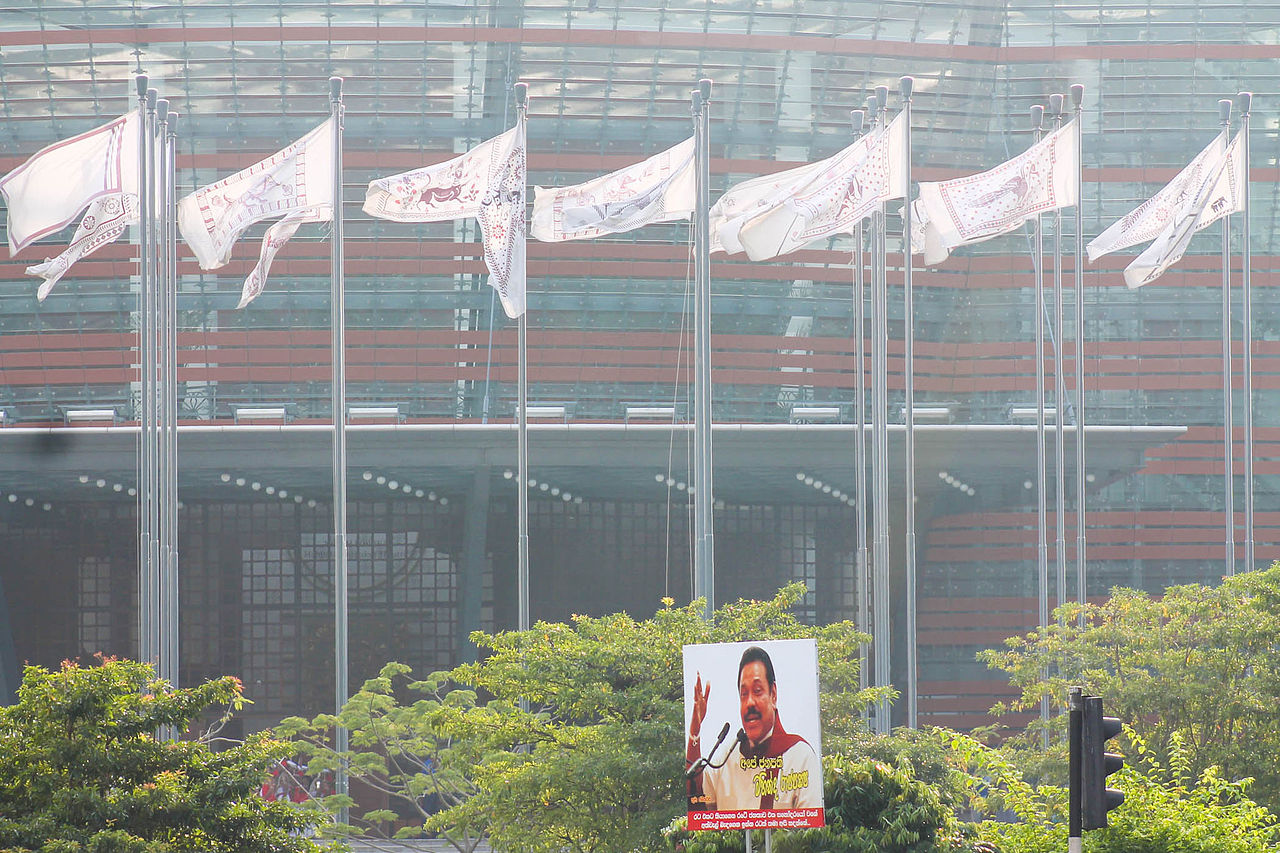 Earlier this evening, I witnessed the inauguration of Maithripala Sirisena as Sri Lanka’s 7th** President, after one of the closest elections in the island’s history.

Former President Rajapaska was trying for an unprecedented third term, thanks to the 18thamendment his party facilitated, allowing for unlimited terms. Elections were called two years in advance for a variety of rumored reasons, including a forecasted economic dip and Rajapaska’s waning popularity. Many observers were not surprised to hear the news of a snap election, but things became interesting when the race didn’t look somewhat predictable. The election gained international traction when Sirisena, a longtime friend of Rajapaksa’s, defected from the Sri Lanka Freedom Party (SLFP), as Health Minister and the party’s General Secretary, to join the common opposition.

While international media largely returned their attention to the polls only yesterday, Sri Lankans were taking notice of the growing list of defections from the two main parties, counting the General Secretary of the United National Party (UNP) who was appointed as Health Minister by the Rajapaksa administration. Every day since Sirisena’s announcement as the Common Candidate, few more politicians seemed to jump from the UNP – the parent party of the Sirisena’s New Democratic Front (NDF) – to the SLFP and vice versa. Now we can expect to see a continuation of such turnovers with the new administration looking to dissolve Parliament within a hundred days.

As January 8th came closer, voters were growing concerned about the serious possibilities for violence and corruption – woes that were not uncommon in Asia’s oldest democracy. This election, however, had the pledge of Election Commissioner Mahinda Deshapriya to be a free and fair one. While a few questionable campaigning tactics were employed, such as unsolicited texts from both camps via a leading Sri Lankan telecommunications provider and “illegal” candidate cutouts on the street, Deshapriya took steps to mitigate corruption to the best of his ability. He threatened state and private television channels to revoke their ability to broadcast election results if they disregarded campaign laws and along with the Centre for Monitoring Election Violence, gave international poll monitors permission to be present on Thursday for the first time in the country’s history. All in all, whether Sri Lankans voted for Maithripala or Mahinda, they should all feel proud of the entire nation’s effort to ensure fair and peaceful elections, as well as an admirable turnover of power.

Observers knew this would be a close race since the leading candidates were anticipated to split the majority Sinhala-Buddhist vote; however, this morning the incumbent conceded defeat early, with millions of votes yet to be counted. While I was confused, many others, including India’s Prime Minister Narendra Modi, were quick to congratulate unofficial President-elect Sirisena. As the poll numbers became clear, so did the new President’s victory. The SLFP candidate was expected to win southern districts, the Rajapaksa’s home region and stronghold, and did by a relatively small margin, averaging at 12%. Sirisena, on the other hand, won key administrative districts by leads averaging 27 points, earning him the greater part of the popular vote.

Although the 22 districts were closely split, with Rajapaksa winning ten and Sirisena twelve, the vote breakdown illuminates how the common candidate prevailed with less than two months of campaigning.

The Opposition won landslide victories in the Northern and Eastern provinces, but earned the bulk of his votes in the heavily populated districts of Colombo, Gampaha and Kandy. Tamil and Muslim communities are the majority in the North and East, many of whom have maintained grievances with the outgoing administration for not addressing reconciliation efforts as aggressively as they did the LTTE – the militant organization which fought the state for a separate Tamil homeland for 26 years.

Rajapaksa, conversely, had won southern districts, including his hometown of Hambantota and Uva’s Moneragala, but earned the bulk of his popular vote in the districts he had lost – Colombo and Gampaha. And with that obvious conclusion to my brief analysis as to how Rajapaksa was unseated, I give you my take on the latest democratic process in the Indian Ocean.

**The first Sri Lankan president was the Governor-General of British Ceylon and continued as president when the country gained independence.