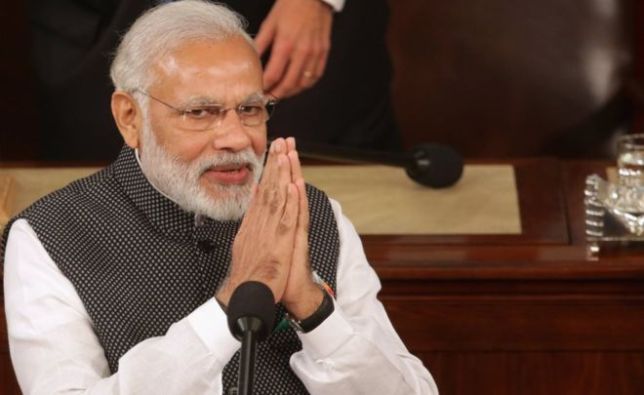 Slow down in Indian economy – Is it so?

The GDP growth for one-quarter ( 3 months) of 5.7% is being pointed out an indication of the slowdown in the economy. The critics ignore the fact that growing trend of the economy of any country cannot be judged from the trend in short period of 3 months or so.

While studying the growth trend, it is necessary to keep in view that there are several interdependent factors and the economic policies of the government have to be based by adopting balanced approach on multiple, interrelated issues. It is possible that when some long-term policy decisions are implemented to course correct some of the serious and negative factors, the growth trend may slow down for a short period during the transition stage.

It is surprising that the critics of demonetization refuse to admit the fact that the measure is necessary to wipe out the black money, which is the fundamental problem faced by India today. Demonetisation has certainly disturbed the black money based economic dealings, which can slow down some of the activities while the process of black money being detected and going away from the system are on.

The demonetization measure was followed by GST, which is a highly complicated exercise and need to be straightened up of any adverse impact during the implementation period based on the experience. This too can affect the growth for a brief period till the GST implementation measures settle down firmly.

There are no fundamental flaws about demonetization and GST measures, which are necessary to achieve the long-term objective of the transparent and fair economy. A bold and courageous government has taken these necessary steps, and the critics try to misinterpret the temporary disruption as long-term issues.

Followed by these two steps, Modi government has implemented bankruptcy law and has taken steps to derecognize shell companies. These two moves have certainly disturbed some of the investors, entrepreneurs, and industrialists, who have so far gone scot-free and failed in repaying a debt to the financing institutions. For example, one institution namely Essar Steel owes lenders roughly Rs. 45000 Cr, of which Rs.31671 Cr. Is bad debt. There are so many other institutions with a bad debt of several crores of rupees, which threaten to destabilise banks and financing institutions to an alarming level.

How can the government remain silent and allow such conditions to continue?

Similarly, several industrialists and investors seem to float shell companies which enable them to conceal income and evade taxes. This is a grave issue, and the country’s economy cannot remain at the mercy of such persons.

Country put up with bad trends for several years :

When corrective measures are applied, the industries claim that investment would go down and the economy would slow down.

Obviously, any government has to retrieve the situation from bad trends, and only way of doing this is to ensure that the defaulters and tax evaders pay, and the ownership of the industries are transferred to qualified and responsible investors, if necessary. As these corrective steps are taken, there is bound to be some disruption for some time and the sake of long-term interest of the country, such measures have to be necessarily implemented.

The failure of the past governments to initiate such corrective measures at the appropriate time has brought the Indian economy to a messy situation, where taxes were evaded with impunity and loans were not repaid, and still, the defaulters walking with head held high.

When the GDP came down from 6.1% to 5.7% in one-quarter, it does not mean that the economy has come to a halt. It only means that there is some slowdown due to the necessary reform measures and corrective steps initiated, which can be compensated by achieving improved results in the coming period based on the economic measures introduced now by the Modi government.

Consumption has not gone down :

There is steady growth in the consumption of goods and commodities in the country, which reflects the fact that consumer confidence remains high and demand are going up.

Such consumption growth is being increasingly met by import, which is a cause for concern. Such import directly points out to the fact that Indian industries are not showing dynamic outlook and are not adopting appropriate strategies to build capacities to exploit the favorable situation arising out of increasing demand in the country, by increasing production.

What responsibility for industries and investors ?:

The investors and industries give the excuse that the government’s taxation policies are responsible for the situation which is not so. It is well known that when taxes are levied, industries inevitably pass on the burden of tax to the consumers and rarely their profits go down in any significant measure.

There are some issues relating to the import duties from ASEAN countries which have become virtually zero making India’s state borders open. Industries say that this has affected their market in India. But, such agreement with ASEAN countries are mutual, and industries can export to such countries also utilizing the open trade policy.

The fact is that several industries lack efficiency to be competitive with the imported products and in the global market. Research and development activities in India are at a low ebb, and even for well-known commodity products, Indian industries are running to the technology suppliers abroad begging for technology and are paying very high fees for the same. The complaining industrialists are not talking about such issues. Obviously, efforts in investment in research and development are grossly inadequate, and the government-owned CSIR labs are falling way behind the country’s needs and expectations.

The industries are all the time looking for crutches of support from the government, instead of looking inwards as to how they can help themselves and the country with better performance.

Accumulation of massive debts over several years by the industries certainly speaks very poorly about their management capabilities and commitment to excellence in industrial administration. No responsible government can remain without taking steps to force and motivate the industries to improve their performance.

The responsibility of the state governments :

The performance of the overall economy and GDP growth are not dependent upon the efforts of the government of India alone and state governments have a significant role in it. But, nobody is talking about this.

The states like Maharashtra, Uttar Pradesh, and others have large economies, and some of them are bigger than the economies of several countries in the world. State governments are managed by different political parties, and many of them have extremely poor fiscal discipline and bad finances.

Substantial allocation of funds by the central government go to the state governments and many times, such funds are misused or diverted to implement populist measures that do not provide any returns.

Let Modi government move on with courage of conviction:-

The basics of Indian economy are vibrant, and there are no fundamental concerns. Several undesirable factors such as corruption, tax evasion have to be put down, and the industries must be made accountable for the performance and the repayment of their debt.

There are several issues in India such as inequality of income and opportunities, need to step up job growth and promote discipline in work culture apart from social issues of caste conflicts, etc. As Mr. Modi has pointed out recently, most of such problems can be successfully tackled only by implementing development schemes and efficient operations healthily.

Such objectives cannot be achieved in short time, and the gradual improvements are bound to be seen in various spheres that are already evident.

Critics need to have a holistic view :

The critics are entitled to have their own opinions, but they should not be selective in quoting facts and data without having a holistic view.

By advancing such criticisms, some of which appear to be motivated, the critics are eroding the confidence of the countrymen, a large majority of whom may lack the understanding of complexities of economic, industrial, technology and social issues , which are interdependent and need integrated solutions in a balanced manner.