Leave the flag, take the wicket 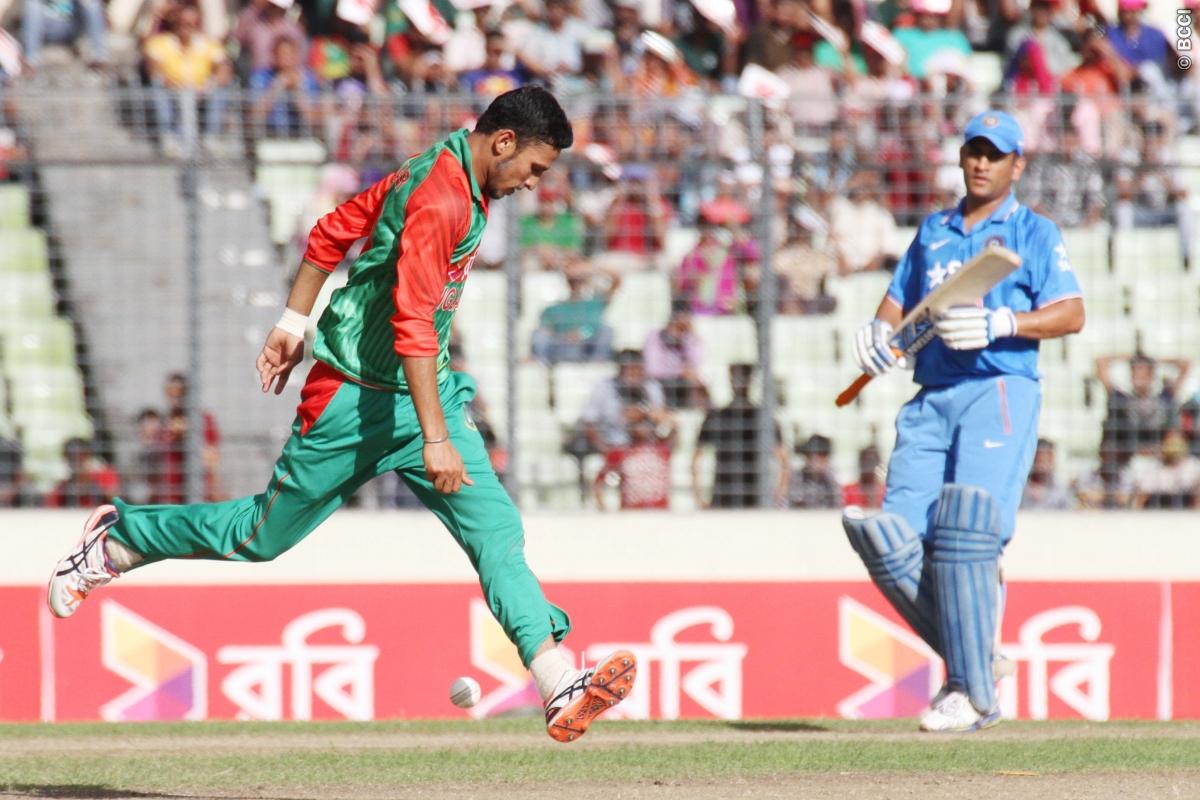 Cricket in its ‘national’ avatar has become an avenue for war by other means — an opportunity to display jingoism, sexual objectification of women, of doing ‘lena’ and ‘dena’ between nation-states

It starts off pretty innocuously, and happens most often during cricket tournaments. Certain citizens of the Indian Union start talking about the possibility of “what if.” What if the Board of Control for Cricket in India (BCCI) team and the Pakistan Cricket Board (PCB) team formed one great happy team.

How “we” would be an unimaginably formidable side, how “we” would take on anyone. It is interesting to note that few really talk of a “united” South Asian love-in team that includes the team from Sri Lanka Cricket (SLC) or Bangladesh Cricket Board (BCB).

There is more than pan-Southasianist fantasy love going on under such “unity” calls. I have a nagging suspicion that this is Akhand-Bharat with a velvet glove — something that would like to say “but, consider the positives.” Thankfully, the real world doesn’t start or end with cricket. But it is a major pastime and a serious passion for millions of people in the sub-continent.

We must realise that popular cricket is a deeply exclusionary game — it is the sighted male version of the game. Blind cricket and women’s cricket are feel-good versions for those who cheer “their” men in whatever colour.

But even within the sighted male version, a lot of talent is excluded — not for the sake of the game, but to pay homage to entities called nation-states. This is because ICC member entities like BCCI, PCB, BCB, SLC, and others are often mistakenly thought to be as “national” associations representing nation-states. Well, they don’t.

For now, consider this: The BCCI is not a government body, but a consortium of private clubs and legally functions as a society registered under the Tamil Nadu Societies Registration Act. It was founded in 1928. Many of the BCCI members were, in fact, formed much before the BCCI.

For example, the Cricket Association of Bengal (CAB) was formed in 1908. Even in its constituent structure, the affiliates of the BCCI don’t correspond to the states of the Indian Union. For example, some constituents are not states but entities, like the Railway Sports Promotion Board.

In short, there is nothing “national” about the BCCI team’s make-up. That the cricket associations of the Indian Union have largely been captured by politicians and their lackeys make them stink in other ways, but that doesn’t make them public or democratic entities — a key pre-condition for anything claiming to represent a constitutionally democratic nation-state.

The PCB is similarly a non-sarkari entity. So are BCB and SLC. There is nothing specially “India,” “Pakistan,” or “Bangladesh” about these bodies, just like there was nothing very “world-like” about the World Wrestling Federation. These are besarkari bodies with a lot of money and a mission.

Now that we know world-cup playing teams are drawing their players exclusively from the confines of a nation-state, it does not make something “national,” we can look for examples which complicate matters more. Take the example of Wales and Scotland. They are not independent nations, but parts of the United Kingdom. The prime example of this category is England.

However, they have all played in the World Cup tournament as separate entities. Hong Kong, a territory of China, played in the 2014 Cricket World qualifiers. The West Indies team is another kind of formation whose 15 cricket associations represent sovereign nation-states as well as British, Dutch, and US dependencies, putting flag-waving or TV-smashing tri-colour or green nationalisms to shame.

When cricket becomes a proxy for nationalism, it also comes with the hegemonic assumptions of a nation-state. For example, Mahedra Singh Dhoni, the captain of BCCI’s ODI team says: “What I can read from behind the stumps, I tell them in Hindi. It’s the best language to communicate.”

While it may be the best language to communicate for Dhoni, whose mother tongue is Hindi, he has not been entrusted by the BCCI or by anyone to carry forward the mission of the Hindi Prachar Sabha to the field. If anything, such things only show to some players that to fit into the supposed “national” team, the captain insists on his own mother tongue.

There are many examples to show that many talented players of the BCCI team don’t consider Hindi to be the “best language to communicate.” One remembers the 1996 Titan Cup match in Bengaluru, when the BCCI team’s fortunes were lifted by an unexpected batting partnership between Javagal Srinath and Anil Kumble.

The stump microphones picked up snatchets of their conversation and it was Kannada and not Hindi. Everyone breathed easier in their own language, irrespective of pompous claims about a “best language.”

That day, Srinath and Kumble were bound by Kannada —  a bond deeper than the imposed dominance of Hindi. Not all bonds are based on the dominance-subjugation-marginalisation model. In the Kannada-to-Hindi journey, cricket loses its diverse flavour.

It misses things that Karnataka players say to each other all the time, like, “Baratte, baratte” (“it will come, it will come” — generally used like “run baratte” or “wicket baratte”), “Namde cup” (“cup is ours”), “Ba Ba” (“come come,” or while running between the wickets “yes, yes”).

As many events have disturbingly shown, cricket in its “national” avatar has become an avenue for war by other means — an opportunity to display jingoism, sexual objectification of women, of doing “lena” and “dena” between nation-states (each one imagining oneself to male and the other to be female and rape imageries to top off the “conquest”). the media is a conscious partner in this sordid project.

If cricket fans love the game more than the flags they wave during games, they shouldn’t be opposed to bringing out the diversity of the cricketing world in full force. This can take several forms, including certain BCCI or PCB constituents like Karnataka or Sindh playing their own teams in the World Cup, just like Scotland or Wales.

This will result in more talent of display at the highest level. Many other practitioners of the game can rise to prominence and stardom. Cricket will be a richer sport if more players from the nearly 1.4 billion people from Pakistan and the Indian Union get to play the World Cup and not just 22.

We owe it to the players and to the sport. Others can take their flag and politics elsewhere.

[Image: Board of Control for Cricket in India]