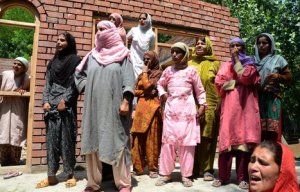 In international human rights law, an enforced disappearance (or involuntary disappearance) occurs when a person is secretly arrested, abducted, detained or is deprived of his liberty by the state or its agents with the authorization, support, or acquiescence of the state followed by a refusal to acknowledge the person’s fate and whereabouts, with the intent of placing the victim outside the protection of the law. The definition is broad enough to cover the enforced disappearances committed by State as well as non-state actors. According to the Rome Statute of the International Criminal Court, which came into force on 1 July 2002, when committed as part of a widespread or systematic attack directed at any civilian population, a “forced disappearance” qualifies as a crime against humanity and, thus, is not subject to a statute of limitations. On 20 December 2006, the United Nations General Assembly adopted the International Convention for the Protection of All Persons from Enforced Disappearance.

In J&K, since the onset of armed struggle in 1990, thousands of people have been made to disappear, never to see their families or friends again, left for dead or even tortured. This inhuman, savage & insensate act has been committed by all the tributaries of so-called security apparatus comprising Army, Paramilitary forces, and special task forces as well as counterinsurgents working under the superintendence, control & direction of the security forces. In few cases, even the militants have been accused of picking people for never to return. As per Association of disappeared persons (APDP), a non-govt. A voluntary organization representing the families of victims, the total number of individuals who have disappeared involuntarily are estimated to be in the range of 10,000 people till date.

Enforced or Involuntary Disappearances is barbarism at its worst and constitutes the most offensive form of human rights violations. Disappearances inflict intolerable pain on the victim’s mind, body and spirit. Worse, the victims’ relatives-parents, spouses, children-also suffer deep anguish due to separation, not knowing if their loved ones are alive, fear for their safety, unable to grieve, with no legal support and economic deprivation. In resorting to enforced disappearances, states attempt to hide their practices of torture and extra-judicial killings. It denotes “the reversal of what we may call the project of the 18th-century Enlightenment”, namely the establishment of a universal system of such rules and standards of moral behavior, embodied in the institutions of states dedicated to the rational progress of humanity.

And the practice of enforced disappearances has given rise to a new class of people called half-widows and half orphans which are now common phrases used in Kashmir for those women & children whose husbands & parents went missing without a trace after having been picked up by security forces. Their plight is most difficult & worst aspect of the whole issue as uncertainty is the greatest oppression of all, affecting the women’s or children’s entire life.

And as we observe this week, It is of paramount importance that Cases of enforced disappearances are well documented and brought before international Human Rights courts and bodies: the European Court of Human Rights, the UN Human Rights Committee, Committee Against Torture, the UN Working Group on Enforced Disappearances. Through international community, we must impress upon Indian Government to first divulge the information about existing cases of disappeared persons, co-relate the same with unmarked mass graves and further re-examine its policies and practices in Kashmir to assess if these meet the test of the global standards of scrutiny. This process is necessary for perpetrators to be held accountable for their actions and justice rendered, including reparations to victims and their families.