Kartarpur corridor: A road to peace between India and Pakistan? 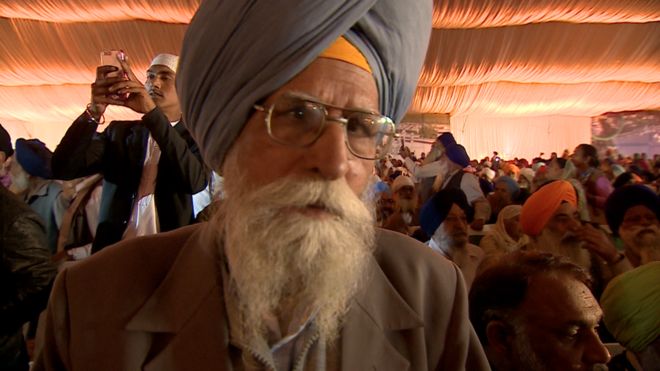 Seventy-five-year-old Gurcharan Singh was just a child during Partition in 1947, when his family left their home in the city of Sialkot, in modern day Pakistan, to head to India.

Now on a visit to the Sikh temple in the Pakistani village of Kartarpur, he was delighted that the two countries had agreed to construct a corridor allowing visa-free access to pilgrims from India.

“Since Pakistan was created our community has wanted this,” he told the BBC. “Two families,­ Indians and Pakistanis,­ are meeting again.”

The Gurdwara Darbar Sahib Kartarpur is one of the holiest places in Sikhism. It’s believed to have been built on the site where Guru Nanak, the founder of the religion, died in the 16th Century.

The temple is located around 4km (2.5 miles) from the border with India, but tensions between the neighbouring countries have meant Sikh pilgrims have often found it difficult to visit. Some have had to be content with viewing it through binoculars from India.

The “Kartarpur corridor” will however lead from the Indian border straight to the gurdwara, with the sides fenced off.

The move has been welcomed enthusiastically by the Sikh community, and also represents a rare instance of co-operation between the two countries, which have fought three wars against each other since independence. 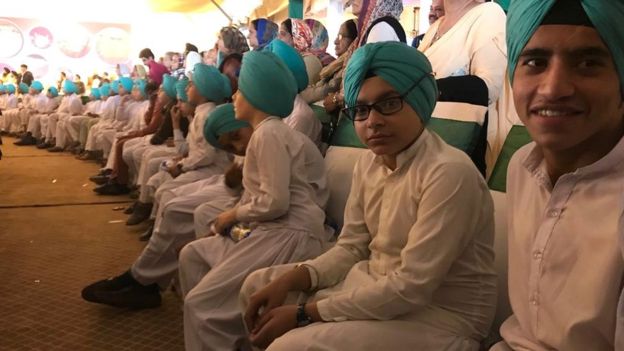 Relations between India and Pakistan remain strained, but at a ceremony formally starting construction work on the pathway on the Pakistani side of the border, the country’s Prime Minister Imran Khan said: “We will only progress when we free ourselves from the chains of the past”.

A number of Indian politicians were amongst those attending.

“The more people meet, the more they realise how much in common we have, and what we are missing by not resolving our outstanding issues.” he said.

Formal talks between India and Pakistan have stalled since an attack in 2016, which Indian authorities blamed on Pakistani-backed militants. Pakistan denied the claim.

“My political party, the rest of our political parties, our army, all our institutions are all on one page. We want to move forward,” he said. 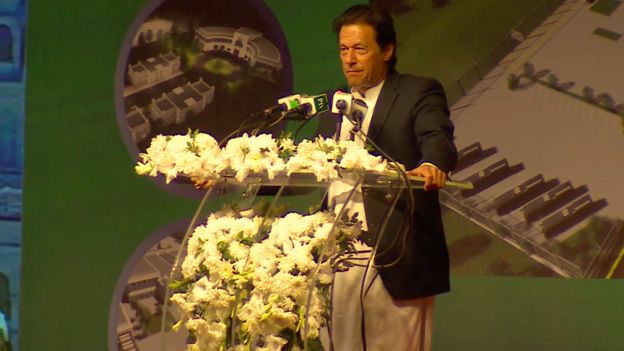 Following his election victory this summer, Mr Khan announced that for every “one step” India takes on improving relations, Pakistan would take “two”. However, a planned meeting between the countries’ foreign ministers on the sidelines of the United Nations General Assembly in September was cancelled by Indian officials, amidst anger over stamps issued by Pakistan commemorating what they termed Indian atrocities in Kashmir.

Analyst Michael Kugelman, from the Wilson Centre, told the BBC the Kartarpur border crossing was a “significant” development but it would be wrong to suggest that the next step was a peace process.

“It’s a confidence building measure but at the end of the day India and Pakistan are still at loggerheads”. 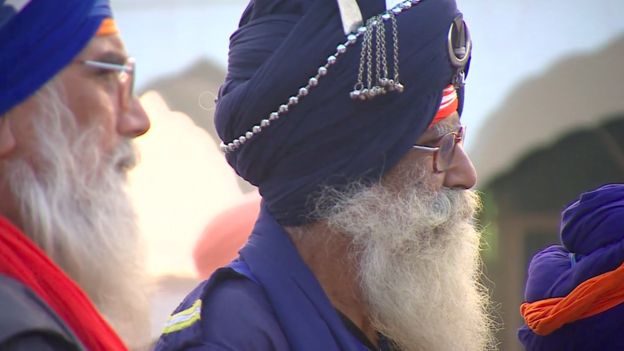 Many observers have also predicted that substantial progress on dialogue between the neighbours would have to wait at least until after elections are held in India, next April or May.

Mr Kugelman said: “It’s politically risky for the Indian government, particularly for a Hindu nationalist government like the current one, to extend an olive branch to Pakistan during the height of campaign season.”

The Kartarpur corridor is due to become operational next year, in time for celebrations of the 550th anniversary of the birth of Guru Nanak.