Is a reverse on India’s NFP on the cards? 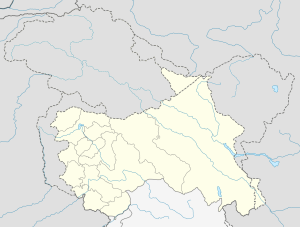 “Victorious warriors win first and then go to war, while defeated warriors go to war first and then seek to win,” Sun Tzu.
If India is planning to reverse their first use policy, then their answer can be found in these words by Sun Tzu. Before we begin analyzing the possibilities let’s get a basic fact clear. India does not have a defensive military posture. Those who believe this bluff by Indians are in for a surprise. Their policies in totality are offensive. They have always relied on hit and run and then act innocent. One might say they have mastered that. An Indian Minister states that India has gained a moral stature internationally by taking steps for disarmament. As opposed to this respected official’s Utopian beliefs, India has done the exact opposite of this. They have in fact taken the road of proliferation and rapid armament. First with nuclear submarine testing and now with the potential reversal of No-First use policy on the cards, disarmament seems a far-fetched reality for them.

They have another interesting theme to their policies. They devise a plan or strategy and then like to keep it a secret but somehow accidentally or shall we say very conveniently this highly classified information is leaked out, and it becomes an open secret. Then they go ahead and deny it so that their “moral stature” can stay intact until one of them comes forward and accepts it with a ‘So what’ point of view. This is exactly what they did with Cold Start doctrine, and now they are doing the same with the NFP. The Defence Minister of India, Manohar Parrikar, went on to say about the NFP that why one should bound themselves and instead one can say they are a responsible nuclear state and will not use it irresponsibly. The statement indicates the not so moral offensive military and nuclear stature of India.

Let’s look at it from a different perspective. India does not initiate a nuclear attack on Pakistan, but they go ahead and indulge in activities like the recent surgical strike. Since Pakistan has a nuclear first use policy and is also now equipped with tactical nuclear weapons, we will retaliate, and there are high chances for it to be nuclear this automatically gives India an opportunity to make a nuclear counter attack without even rolling back on NFP. What needs to be very carefully observed here is that even though the first attack was not nuclear, it did come from the Indian side. This implies that their Cold Start doctrine is a facilitator for the NFP until they roll back on it. One way or another they want to trap Pakistan into making the first nuclear move, little do they know the Pakistani generals are not spaced out children who will fall into this trap.

India’s single reason to reverse the NFP is to portray their hegemonic ambitions. They want the region to know they have the ball in their court. In the course, they are completely sidelining the stability of the region which will be nonexistent after a nuclear war. It goes without saying that any wrong move by India will initiate a war and the war will most definitely take a nuclear turn from one side or the other. India is well aware of this, but they still don’t want to bound themselves. The question is that bounding yourself for the greater benefit of the region, not a morally correct decision? As long as Pakistan is not provoked or attacked it will not initiate a war on its own since Pakistan is the only state who has seen war ever since independence and we have the least interest in having another one with the very hyper neighbor. However, if fiddled with, Pakistan is very much capable of defending its mainland and its interests. Pakistan will not be affected by any shift in India’s policy. Their tactic to create unrest in the country will go wasted once again.

If one is to think like a realist, then India can go ahead and do whatever they want to with their policies. However, if they claim to be a morally upright state with the greater benefit of the region and the world in their minds, then they must not opt for such a tactic. Not only will they lose their very carefully constructed peace loving image but they will also jeopardize the security of the region. An offensive move by India will not be taken well by Pakistan, and it will escalate existing issues. Especially with the Indo-Japan deal recently put into action, they should be cautious with such policies. Japan is a very sensitive country when it comes to nuclear politics for obvious reasons. India might end up losing the deal if they show such aggressive behavior. The region is in a state of relative stability, and our very selfishly ambitious neighbor should keep regard of the fact that nothing should be done to upset this balance. This is said not because their adversary lacks the ability to counter them but because they lack the potential to bare that counter attack. We all know what that will lead to. If India is to make a preemptive attack, then they are obviously not thinking of the caliber of counter attack they will be facing which will then make them run to the international arena and ask for some consolation. While Pakistan is a peace loving country what are we to do if poked from all sides?