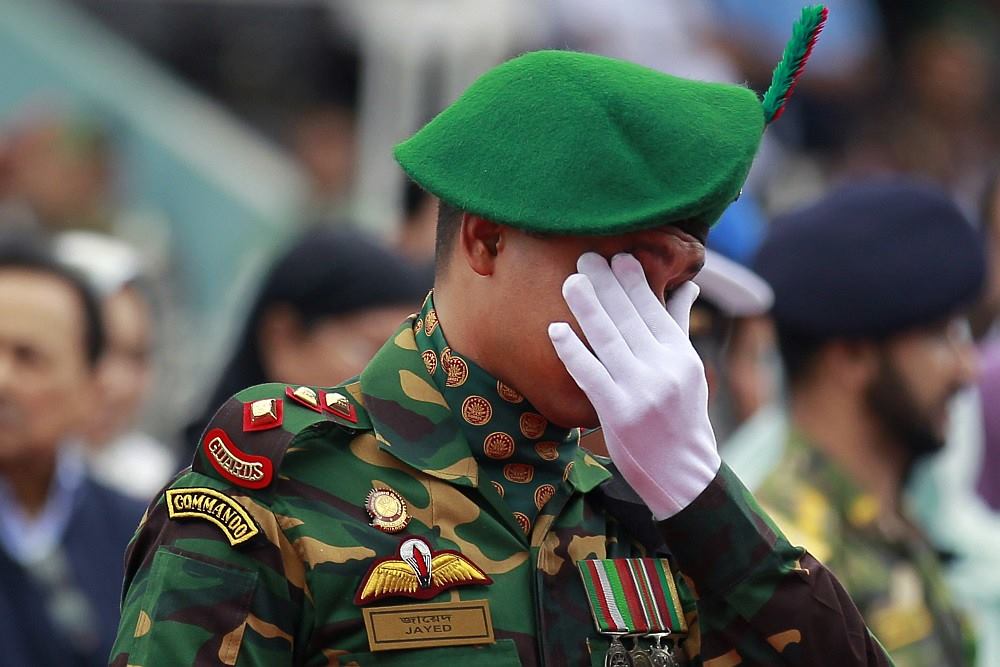 Bangladeshi people are now living in an environment of constant fear as extremist and militant attacks have intensified and appear to be all around them. Being carried out in what appears to be an incessant fashion, the liberal democratic fabric of Bangladesh is under considerable threat as religious minorities, non-Muslim priests, foreigners, bloggers, atheists, academics, publishers, gay activists and other non-majoritarian progressive groups are being subjected to targeted assault and deliberate attacks. During a night that Bangladesh will remember for long, 20 foreigners and 2 high ranked police officers were killed by the extremists in the Gulshan diplomatic area in an international restaurant in Dhaka. In another instance, yet another Hindu priest was killed in Jhenaidah early in the morning of July 1, 2016- the fateful day whose night saw people being taken hostage by gun and bomb wielding terrorists.

Though violence against foreign personnel and minority communities is not a new phenomenon in Bangladesh, people are observing a sort of paradigm shift after the Shahbagh Movement of 2013, especially in terms of the trends, forms, and objectives that these deadly terror activities have come to assume.

Before 2013, a majority of such attacks were not designed to target any specific liberal force, rather these attacks were carried out against political opposition, electoral actors, cultural groups (1999 Udichi Convention and 2001 Ramna Batamul bombings), mass people (less focusing on religion, race, color, or ethnic identity), and non-Muslim minorities. The forms and objectives of these attacks were not to kill or harm any specific person or family or community, but seek power, authority, and legitimacy through terror focusing on identity politics and amplifying the historical fault line between the liberal-secular and anti-liberal fundamentalist forces. The spread of global jihadist’s activities after the 9/11 has also exposed the close ties between sensationalizing activities across the world and local militant groups who carried out attacks across the country in order to establish a political caliphate by defeating the liberal forces.

In 2013 and its aftermath, the deepening clash of thought between the philosophy of Shahbagh movement on the one hand and the politico-empirical Islam on the other, clearly divided the socio-political actors into two parts debating the issue of war crimes verdict. Subsequently, the anti-liberal forces became marginalised and squeezed following the ascendance of liberal forces in the spheres of popular politics, media, governance, justice, and even geopolitics. As the anti-liberal blocs failed to counter the liberals politically, they adopted terror as their new agenda to attack specific and selected people from the liberals or non-fundamentalist groups.

About 85 people have been killed in extremist or militant attacks since early 2013. At the beginning, the extremists targeted secular or atheist bloggers, but from the mid-2015 onward, they have started attacking religious minorities, foreigners, academics and others. This fact about the attacks becomes evident when it is observed that 39 of those who have been killed between April and July 2016 have mostly belonged to religious minority groups or were foreigners. Besides, soft targets like, university professors, spouses of high ranked officials and gay rights activists has expanded the extent of damage that is being done to the secular fabric of Bangladesh. In fact, the country witnessed the killing of 23 persons on July 1, almost all of whom were foreigners, with 2 two high ranked police officers and a Hindu priest; a figure that is almost one fourth of the total killings that have been witnessed between 2013 and June 2016.

In answer to the question related to who these killers are, two contesting arguments have gone viral. The first argument is supported by the international media, donors and other organisations who justify, believe and try to prove the presence of ISIS or Al-Qaeda in the country. When these groups claim responsibility of the terror acts and killings, the international media takes it seriously. On the other hand, the Bangladeshi government rejects the global terror affiliation attached to these attacks, saying, neither the ISIS nor Al-Qaeda has any foothold in Bangladesh; rather, homegrown extremist and militant organisations i.e. Ansarullah Bangla Team, Jamaat-ul-Mujahideen, Ansar-al-Islam and other anti-liberal forces are behind these attacks and killings.

Unfortunately, these killings are getting institutionalized and intolerance is shadowing the liberal order; things are falling apart and neither the government nor any other forces in Bangladesh are in a position to guarantee protection and safety against such violent occurrences. While it is difficult to ascertain the elimination of such incidents entirely, but given that the government of Bangladesh has rounded up more than 11,000 people on the counts of extremism and radicalism but that it is yet to get the matters under control, speaks volumes about the misplaced priorities of those in power.

Major political forces are playing the blame game, and this culture extends the chances for militant forces to grow. Some groups demanding assistance from foreign countries amid the tension in religious line to save them, but none is demanding absolute solution to this problem. No greater national consensus to prevent the spread of extremism has been reached, everyone takes benefits from these killings and thus an atmosphere of suspicion is being created.

Given the rising occurrence of such incidents, Bangladesh is losing its international credibility in the fight against terrorism. The religious minorities, foreigners, and liberal socio-cultural actors are apprehensive about the state of governance, security system, preventive strategies, and judicial culture in the country. The politics of identity is also creating a social vacuum between political secularism and politico-empirical Islam in Bangladesh. The extremists are ultimately using this vacuum in order to occupy political space and further their non-liberal agenda by attacking minorities, foreigners, and liberals.

Vulnerability and inequality within the security system is one of the unrevealed causes behind the growing extremism and militancy in Bangladesh. While the security order in Bangladesh is more focused on urban protection, the extremist and militant organizations are getting stronger day by day carrying out attacks within the less focused rural domain. In turn, the increasing death rate and fear of evil death among the rural and non-city based minorities and liberals are rebuilding a reign of matsanaya (chaos).

Finding effective solution to prevent extremism is not an easy task for the Bangladesh government due to the unidentified trends, debate over actors’ involvement and unanswered questions regarding extremism and militancy. Connection and direct appearance of global militants with local extremists and the sources of terrorists’ funding are not well documented. Also the government’s counter terrorism mechanism and zero- tolerance stance did not do anything impressive due to the unidentified fault line between political activism and extremism.

Now the struggle not only remains in the realm of countering terrorism and extremism but also the fear of evil death among minorities, foreigners, and liberals must have to be erased in order to construct a Bangladesh based on justice, rule of law, equality, freedom, pluralism,  inclusiveness, and micro-democratic values.