India’s Ladakh nightmare is far from over 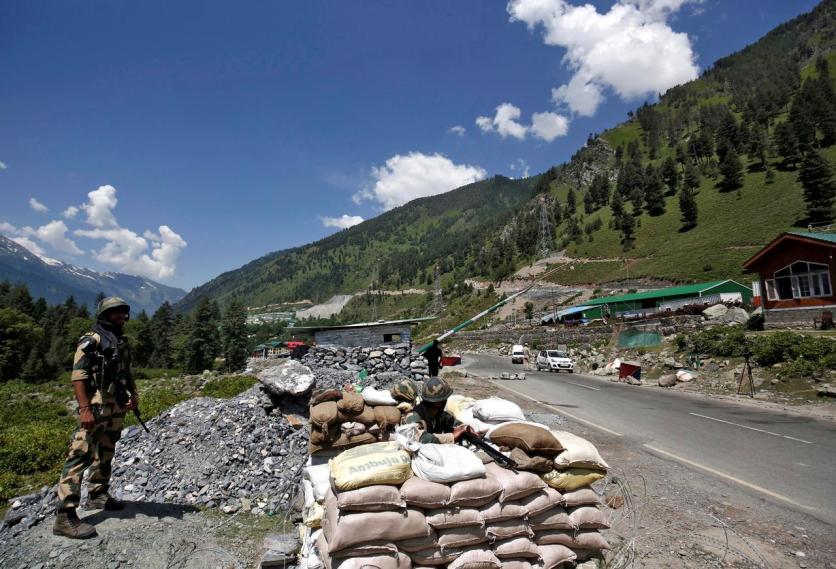 KARACHI:India appears to be stuck in the proverbial rock and a hard place. The country is struggling with the worst economic downturn, an interminable pandemic and a festering border dispute with China that has morphed into an embarrassing conflict with its mighty neighbour.

Even after the apparent de-escalation, defence and foreign policy experts believe New Delhi’s worst military nightmare is far from over. They say India was caught off guard and still hasn’t managed to extricate itself from the costly border spat with China.

When asked to comment on the situation after the agreement to de-escalate, Dr Ashok Swain, a professor of Peace and Conflict Research at Sweden’s Uppsala University bluntly said, “There is no end to this crisis. India is waiting for China to withdraw its troops, which will not happen.”

He pointed out that the situation on the ground is still favourable for China. Leaders in Beijing, Dr Swain said, know that they have an upper hand and will most likely wait for the winter. “These uncertainties help China strategically.”

Criticising Indian news outlets for overplaying the deal with China, Dr Swain said, “Don’t believe what they say, see what they do. The border stand-off is not going away, prepare for a long winter. China is ready for it.”

Dr Swain said the deadly brawl in the Himalayan border region has exposed the failures of India’s intelligence agencies. “This is a serious crisis and Prime Minister Narendra Modi’s administration is clueless,” said Dr. Swain.

On the diplomatic front, he said, India is already isolated in the region it once hoped to dominate. “Almost all countries that had strong ties with New Delhi are now in Beijing’s orbit,” said Dr Swain in an interview from Sweden, where he is based. “New Delhi’s diplomatic options are shrinking by the hour.”

What started as a hand-to-hand fight between the two armies along the disputed frontier, has now transformed into the most dangerous confrontation since 2017. Border skirmishes between China and India have punctuated the timeline of their transactional relationship, but nothing comes close to the intensity of the latest episode.

“While China is openly releasing details, the world’s largest democracy is busy concealing information and sending out ambiguous messages about the crisis,” said Dr Swain, who is an open critic of the ruling BJP’s domestic and foreign policies.

He said a cocktail of missteps by the Modi government offended Beijing. “The decision to revoke Kashmir’s quasi autonomy, provocative statements about the territorial disputes with China by key ministers, and India’s role in the South China Sea have triggered Beijing’s ire.” He placed the blame squarely on the Indian prime minister’s shoulders for prolonging the simmering confrontation in the Himalayas, which is expected to cost a lot more than originally estimated.

Referring to China’s military and economic superiority, Dr Swain said, “India cannot afford this conflict. The country is struggling with a faltering economy. There is no way India can match China’s military might.” India, he said, cannot play the big-league game that China is so confidently playing for decades.

“India is trying to become China while it is becoming a poorer version of it,” quipped Dr Swain, who has been teaching peace and conflict for over two decades at the oldest university in all of the Nordic countries.

Instead of criticising the prime minister for his lack of leadership, Dr Swain said, India’s pro-government media appears to be complicit in covering up Modi’s failures. “Indian media is spreading unverified reports related to China, which can add fuel to the fire,” he cautioned.

According to a recent article by Rahul Bedi, a Delhi-based journalist, Indian army will not be able to pull back from the Line of Actual Control (LAC) like it did in Operation Parakaram against Pakistan. In the article published by The Wire, Bedi warns that India, which appears to be bleeding financially, would have to create vast infrastructure and deploy 25,000 – 30,000 troops. The burgeoning bill of the conflict with China, Bedi warned, would severely impact the long-delayed modernisation of the Indian military.

While the agreement to defuse tensions raised hopes for peace, doubts remain about its ability to keep the two sides from slipping back into the same position over the disputed border. On the other hand, the five-point agreement makes no mention of India’s primary demand, the restoration of status quo ante.

Situation on the ground

For decades, the border dispute has been the biggest tinderbox in the China-India relationship. Describing the recent escalation, prominent defense analyst, Major General (retd) Inamul Haq said, “India has stirred up a real hornet’s nest.”

“I don’t think India is in any position to bargain or make demands,” said Gen Haq. Commenting on the possibility of a drawdown, he said, “For the final face-saver in this crisis, Prime Minister Modi has no choice but to contact President Xi Jinping directly.” He predicted that India will get the short end of the stick because it is negotiating from a position of weakness and China is not in a good mood.

“Neither side wants a war,” said the former general, who has been following the standoff that most analysts believe is one misstep away from turning into a dangerous conflict.

Taking a potshot at General Bipin Rawat, India’s newly appointed commander-in-chief, Gen Haq said, “The Indian military might have presented the Ladakh crisis as a cakewalk before the political leadership without sensitising them to the actual consequences of the conflict with China.”

“The situation might have created a schism between India’s civilian and military leadership,” he claimed.

Commenting on the latest developments, Michael Kugelman, a South Asia expert said, the two sides are not yet out of the woods. The agreement signed in Moscow, he said, does not signal the end of the crisis. “The situation is still very volatile, and we should be under no illusion that the new agreement will spell the end of this crisis. Not by a long shot,” he explained.

Kugelman, the Deputy Director of the Asia Program and Senior Associate for South Asia at the Woodrow Wilson Center said, “It is significant that the two countries’ top diplomats have inked an accord to de-escalate and disengage, but there may well be a disconnect between the diplomatic environment and the situation on the ground, along the LAC.”

Responding to a question about India’s options in the crisis, Kugelman said, “New Delhi’s options are limited, especially on the military side.”

According to Kugelman, India’s best bet is to hold its ground. “I imagine each side is looking for a face-saving measure to allow for an off ramp before the brutal winter sets in, but we could still be some time away from that.”

“But this doesn’t mean that the standoff will magically come to an end once the weather conditions become harsh. The India-China relationship is tenser now than it’s been in decades, and it’s going to take a whole lot and possibly more than Mother Nature–to compel the two sides to wind down,” Kugelman said by email.

If Beijing decides to keep its troops during the bad weather, India, he said, will have no choice but to do the same.

The Washington-based expert said, neither Beijing nor New Delhi is gunning for third-party intervention. However, he believes, the US will provide intelligence support to help New Delhi track the locations and movements of the Chinese troops.

On India’s failure to communicate its version in a cohesive manner, Kugelman said, “There is reason to believe that the Indian government doesn’t know how it wants to articulate its position, and that it lacks a clear and confident strategy for how best to move forward,” said Kugelman of the Wilson Center.