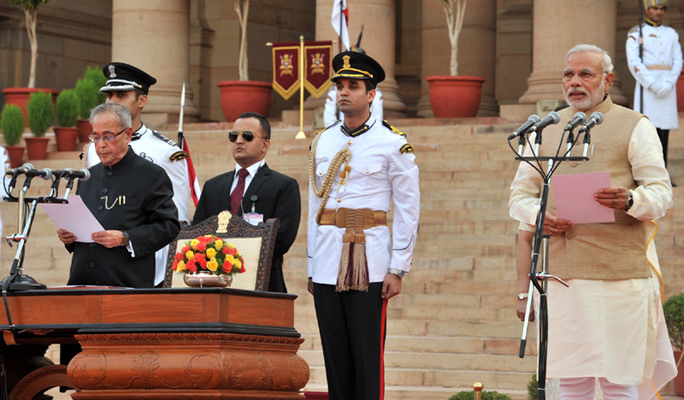 China’s gradual political, economic and military rise continues to be a primary focus among many decision making bodies throughout Asia and beyond, but often lost in the discussion is India, its strategic objectives, and its political influence in Asia and the world. As India continues to gain its footing on the global stage, it continues to revise the manner in which it approaches bilateral, regional and international relations. India is, arguably, on the right track in terms of blending long-term military strategy with political and economic goals. Here we examine the state of play between India and a host of regional states, to better assess India’s ability to shape its own geopolitical reality.

The signing of a Comprehensive Economic Partnership Agreement between India and Japan will soon make each country the other’s largest trading partner. Both remain concerned about the rising power and influence of China. India has for some time been alarmed by China’s military links with Pakistan and its growing presence in the Indian Ocean. Japan is still coming to terms by being supplanting as the world’s second biggest economy, and by China’s growing assertiveness in the South China Sea. The deal is the latest in an emerging pattern of greater economic cooperation between India and a region looking over its shoulder at China.

The burgeoning Indian-Japanese relationship may ultimately impact China’s ability to achieve its own objective of strengthening bilateral ties with a number of countries in the Asia region. India is effectively reinforcing the concept of Japanese centrality in Asian affairs, something that had been waning in recent years.

While being historically suspicious of Indian intentions, Southeast Asia holds a much stronger dislike of China than of India. Chinese machinations in the region are still prominent in popular memory, given China’s 1979 invasion of Vietnam, its support of the Pol Pot regime in Cambodia (1976-1979), and accusations of involvement in Indonesia’s 1965 coup. Furthermore, China still has unresolved border disputes with several nations in the region, including Bhutan, Taiwan, Japan, Vietnam, the Philippines, and Malaysia, as well as claiming a sizeable chunk of the Indian state of Arunachal Pradesh. Tibet of course remains a sore bone of contention in Sino-Indian relations.

India’s diplomacy has been heavily focused on East and South East Asia for 20 years now. Having already signaled the renewed prominence of India “Look East” policy, India’s Look East policy aims to improve economic and political ties with the region and attempts to carve out a place for India in the larger Asia-Pacific dynamic. Being the world’s largest democracy lends a certain degree of transparency to India’s foreign policy motives, something that is worryingly absent from relations with China. A regional order dominated over the past two decades by open markets, international cooperation and an evolving democratic community backed by Washington’s diplomatic and security ties, has also facilitated India’s growing stature among its regional neighbors.

The stark difference in political systems has at times appeared to be both sides’ Achilles heel, however. For India, adherence to democratic norms, checks and balances has hindered its ability to achieve its larger regional goals. For example, for decades India refused to have any relationship with Myanmar, leaving an opening for China, and long-held political tension with Sri Lanka hindered closer ties between the two countries — a gap that China since has fully exploited.

Long viewed by India as firmly within its sphere of influence, India has been concerned by Colombo’s active solicitation of Chinese aid and investment, with China now Sri Lanka’s number one aid donor (more than US$1bn per year), main trading partner, and majority supplier of more than half the country’s construction and development loans. Where India is preoccupied by domestic sensitivities — particularly from its Tamil population, angry at the way Tamils have been treated in Sri Lanka since the 2009 defeat of the rebel Liberation Tigers of Tamil Eelam — China faces no similar issues. The Rajapaksa regime welcomed Chinese overtures with open arms; India has been scrambling to catch up.

Sri Lanka is merely one front in a broader battle for control of the Indian Ocean. China has steadily built Indian Ocean ports in Bangladesh (Chittagong), Burma (Kyaukphyu) and Pakistan (Gwadar), while also steadily assisting Pakistan’s naval expansion, much to the chagrin of India. India has referred to Sino-Pakistani cooperation as detrimental to regional peace. But in the Indian Ocean, at least for the moment, India has the upper hand, having boosted its naval spending to 15% of its total defense budget over the past five years in an effort to protect what it views as ‘India’s Lake’. For the time being at least, there is space for both countries to maintain military supremacy in their own distinct backyard.

India’s relations with Myanmar have fluctuated between friendship, neglect and outright hostility, yet India’s rise on the international stage and Myanmar’s “democratic transition” are forcing both governments to reassess the nature of bilateral relations based on regional geopolitical developments.

India views Myanmar’s emerging political transformation as a strategic and ideological opening that offers New Delhi an opportunity to dilute Chinese influence while expanding India’s strategic depth. While India cannot expect to rival China’s influence in Myanmar in the near or even medium term, it can have an impact on that relationship. In turn, Myanmar stands to gain from a stronger relationship with India on a variety of levels, whereas China views the strengthening relationship between India and Myanmar as a strategic threat.

Since the 1990s, India’s approach to Myanmar’s government has been one of realism. India became one of only eight governments in the world to sell arms to Yangon at that time, underscoring the degree to which the bilateral relationship fluctuated since independence. Indian companies’ investment in Myanmar is a small fraction of the country’s total foreign direct investment that has reached Myanmar, the majority of it from China. India is simply not in a position to effectively compete, and probably will not be for many years to come.

India’s lack of capacity to become an influential trade and investment partner is driven by several factors, which include India’s underdeveloped energy infrastructure, which limits New Delhi’s capacity to transfer and distribute Myanmar’s oil and natural gas in India, the reality that the two countries’ mutual border is undeveloped, which contrasts with Myanmar’s border with China, and bureaucratic hurdles and red tape that impede the cross-border trade and investment process.

New Delhi’s interest in integrating India’s isolated northeast with the rest of the country will continue to provide Indian officials with an incentive to deepen economic, political and military ties with Myanmar. Yet security dilemmas on both sides of the border constitute major concerns for Indian authorities. From Naypyidaw’s perspective, deeper ties with India can alleviate some of its own concerns about destabilizing developments on its side of the border, while also demonstrating that the country can balance its partnership with China along with other regional actors.

Given Myanmar’s economic and political dependence on Beijing, it should be expected that the government in Naypyidaw will only do so much, and with caution. Even if Myanmar’s relationship with China does not fundamentally shift (and we do not expect that it will), India–and other countries such as the United States and Japan–offer Naypyidaw greater leverage against Beijing by emphasizing that Myanmar has other options. Chinese officials view the gradual development of economic, political and military relationships with India as a threat to Beijing’s unique relationship with the country.

Myanmar’s government understands the value it provides to both India and China. India’s security dilemmas and its interest in new sources of oil and natural gas will continue to drive its ambitions vis-à-vis Myanmar for the foreseeable future. At the same time, China’s access to the Bay of Bengal via Myanmar, and the security of energy accessibility via its landlocked southern provinces, make Myanmar an important strategic partner for Beijing. Within this context, deepening ties between India and Myanmar will remain an issue for China.

For the time being, India and China will continue their respective economic and political ascent relatively harmoniously, as there is plenty of scope for both countries to flex their muscles in their own neighborhood. China’s main allies in the region have been ill-chosen, with North Korea, Myanmar, and Pakistan all being perceived as bad boys for one reason or another.

India, on the other hand, has aligned itself with countries where it appears to have more to gain than lose (Japan, Indonesia and Vietnam, among others). India also appears to be making more headway than China in the battle for hearts and minds, which bodes well for the long-term future of Indian relations throughout the region. This suggests that India has the upper hand in the medium-term. However, while China’s rise has been met with suspicion and in some cases alarm, it remains many Asian countries’ largest trade partner, donor, and source of investment.

Anyone who underestimates China’s ability to learn quick lessons and adapt to dynamic investment climates will be disappointed. China has proven itself to be a shrewd and cunning competitor in the global economic and political landscape, and its ability and willingness to hurl money at countries yearning for assistance will continue to enhance its influence throughout the region for many years to come.

By the same token, no one should underestimate India’s strategic capabilities and commitment to gaining even greater regional and global influence in international affairs. As one of the few giants of the developing world, India shares a unique space and responsibilities. Ultimately, the question becomes how well it can leverage its comparative advantages in a manner that will ensure its future security, while concurrently promoting economic growth.