India’s current competitor appears to be Bangladesh, not China 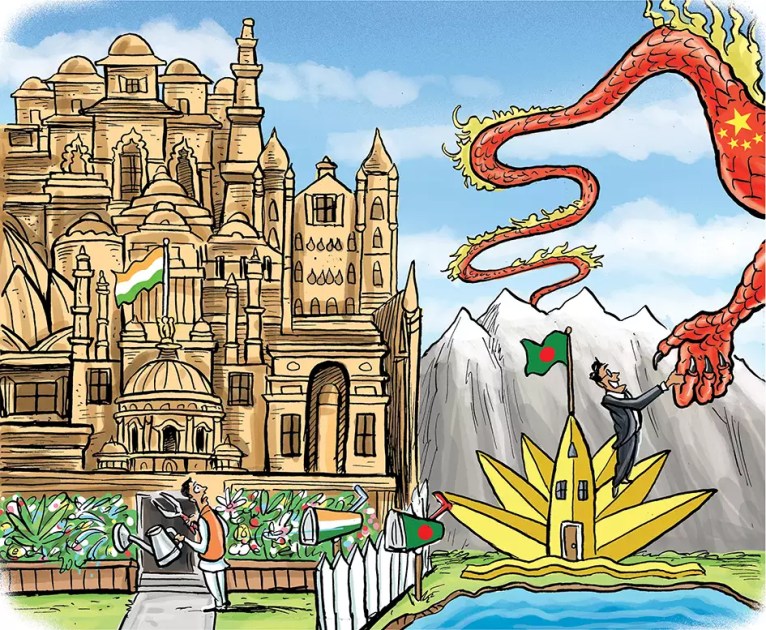 International Monetary Fund (IMF) recent data showed that Bangladesh’s per capita gross domestic product (GDP) growth rate is predicated to become the highest in South Asia and the fourth-highest in the whole of Asia in 2020 compared to that of last year. It’s per capita GDP growth would be the sixth-highest in the world in the same year.

The IMF’s latest World Economic Outlook (October 2020) Database suggests that India’s per capita GDP for 2020 will be lower than Bangladesh. The report predicts that Bangladesh’s per capita GDP would rise to $1,887.97, while India’s would fall to $1,877 in 2020. Bangladeshis, Indians, and people from other South Asian countries were understandably surprised when they learned about this news.

From the time it appeared in the media, the GDP issue had been prime news for quite a while in Bangladeshi and Indian broadcasting, print, and online media outlets. Social media users on both sides of the border had enthusiastically spoken, discussed, and debated about the issue.

When an ambitious country like India trails behind a smaller country like Bangladesh, it shows that India is under-performing in comparison with its ambitions. Although India aspires to become a major power in the Indo-Pacific region, the reality is that India is losing its influence in its own backyard, South Asia. Hence, India’s dream of becoming the Indo-Pacific power still remains a far cry.

In India, the current BJP-government and pro-BJP media have been blaming the coronavirus pandemic for India’s current economic despair. But the reality is that according to the extracts of a Washington Post article, “India might have eventually lost the race to Bangladesh even without the pandemic.”

What’s more, ‘per capita gross domestic product’ is only one of the many areas where Bangladesh is overtaking India. There are many more areas where India is trailing behind Bangladesh. To put this claim in numbers, few development indicators are mentioned below:

In addition to these few aforementioned indicators, Bangladesh has out-ranked India in Gross Savings, Safe Childhood, Primary School Enrollment, Fertility Rate, Military Expenditure Growth, etc. Witnessing this progress, experts from both sides of the border have recently opined that life in Bangladesh is far more attractive than in India.

India has long been dreaming of competing neck-and-neck with the Chinese economy, but so far has failed to even come closer to China’s global economic position. Instead, India has been, as revealed above, gradually trailing behind its smaller neighbor, Bangladesh, in many social indexes as well as several economic indexes.

Therefore, it appears that Bangladesh, not China, is India’s first competition and that India has to first go past Bangladesh before India starts to act upon its dream of competing with China.

This article was originally published on Oped Column Syndication.