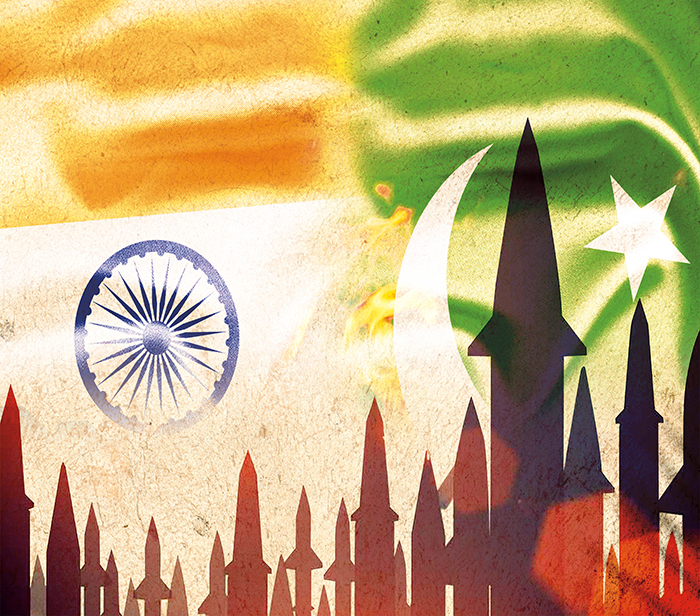 It is quite noteworthy that recently, Indian Army Chief Gen. M. Naravane while addressing a seminar at the Army War College in Mhow has urged Indian Armed forces to utilize the indigenously developed dual-use disruptive technologies. His statement reflects two points; one India’s pursuit for disruptive technologies, second India’s focus to indigenously develop these technologies.  This is further evident from the recent ban imposed by the Indian Ministry of Defence to import on 101 military systems and weapons, which includes missiles, lightweight aircrafts, helicopters, and submarines. With India building and deploying these technologies under its offensive military doctrines, South Asia’s strategic stability would be in serious jeopardy. These technologies can blur the lines between conventional and strategic warfare, and peacetime and wartime. Moreover, they can also create discrimination in the military powers of the states. This would ultimately increase the probability of first-strike between asymmetric military powers. In the South Asian context, India with its attempts to exploit levels below the nuclear threshold has become a liability in the success of deterrence stability.

The long-desired peace in South Asia has been primarily ensured with Pakistan’s nuclear deterrence in response to India’s offensive nuclear posture. The broader discourse on Deterrence in South Asia has mostly evolved and developed after the mid-1980s. Though the South Asian model of nuclear deterrence is not the exact replication of the Cold- War deterrence, it has taken its course in the process of evolution.  After the overt nuclearization of South Asia in 1998, it was generally believed that fear of ‘Mutual Assured Destruction’ (MAD) would serve as a stabilizing factor.  Likewise, the evolution of the regional strategic discourse has shown that though nuclear deterrence has stopped India to wage a conventional war, the Indian desire for a low-intensity conflict below Pakistan’s nuclear threshold is quite evident. In this regard, India’s limited war doctrines, which it hopes would not challenge Pakistan’s nuclear threshold have created deterrence instability in the region. Evidence comes from how over the years, India has been asserting the notions of its so-called ‘surgical strikes’ and self-proclaimed ‘new normal’. Furthermore, it has also indoctrinated such notions in its subsequent Joint Armed Forces and the Land Warfare Doctrines. Consequently, the burden of maintaining deterrence and strategic stability in the region has befallen on Pakistan. Since India is continuously involved in exploring space for low-intensity conflicts below the nuclear threshold of Pakistan, some of the disruptive technologies, like cyber warfare would provide the avenue for it. While some of them like AI, swarms, sensors, and satellites will “erode the foundation of nuclear deterrence” by improving the weapons accuracy, and remote sensing.

The use of emerging disruptive technologies in military systems and structures is an undeniable reality. In South Asia, this would undermine the nuclear deterrence equilibrium because it would further enhance the efficiency, accuracy, and speed of India’s offensive military systems, and weapons. Though Pakistan’s nuclear deterrence has effectively deterred the chances of all-out war in South Asia, India’s pursuit of disruptive technologies would likely put a strain on existing nuclear deterrence in the region. Therefore, Pakistan might need to further strengthen as well its conventional deterrence vis-à-vis India.  Given the economic difficulties, the prospects of this are not so favorable at least for the time being. In the longer term, Pakistan would be compelled to considerably invest in disruptive technologies to thwart India’s attempts of challenging Pakistan’s nuclear threshold. Nevertheless, Pakistan’s existing nuclear Posture would continue playing the role of credible deterrence against the wide spectrum of threats coming from India. Also, the prospects of the regional arms control would become more unlikely once India would integrate the disruptive technologies with its offensive nuclear posture. This would have severe implications for the existing deterrence equation in South Asia.