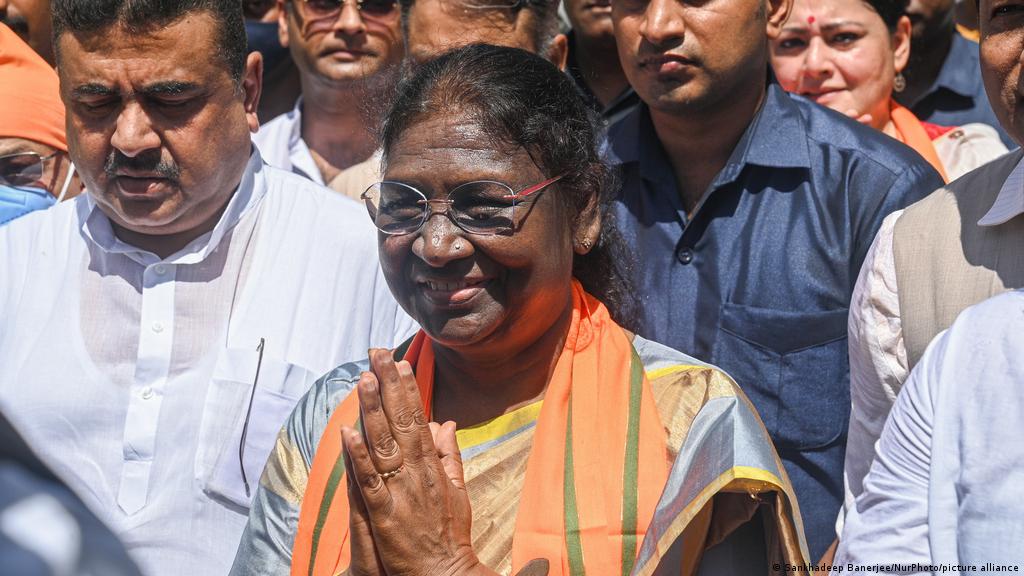 Given the importance accorded to it, one is compelled to deliberate on Draupadi Murmu’s tribal identity as she steps into office as 15th President of India. Constitutionally speaking, in India, all citizens are equal before law and nobody can be discriminated against on basis of religion, race, caste, gender, place of birth and other such factors. Constitutional spirit of Indian democracy and secularism also bears this stamp. Against this backdrop, what is suggested by election of Murmu as President of this country with emphasis laid on her tribal identity? No individual has any command over identity marked by region, ethnic factors as well as gender. Each is decided by birth. Of course, as per one’s choice, national identity and nowadays even gender can be changed. But the same hardly prevails about ethnic factors – be that of caste, religion, tribe, color and so forth. Conversion to any other religion in India tends to bear stamp of caste, tribe and other ethnic roots, individuals were earlier linked with. Besides, lynching and violent abuse of non-Hindus and those ethnically tagged with scheduled (lower caste/tribe) label is still practiced in India.

Murmu’s predecessor, Ram Nath Kovind did not select his identity- that as a Dalit Hindu. If this option was available, it wouldn’t be surprising if majority of Hindus opted to be considered as high-caste Hindus. To a degree, the trend of opting for names – which hardly suggest one’s caste – has become quite popular. This is marked by adding names such as Kumar, Singh and so forth to one’s first name. Incidentally, a similar trend is visible among Muslims- that of adding “Khan” to their names. Ethnic identity linked with “Khan” falls in the upper bracket of castes. Its increasing usage among sections of Muslims is primarily linked with popularity of Khans in Bollywood, irrespective of whether ethnically they are Khans or not.  To a degree, the same may be said about increasing usage of middle and/or surnames such as Kumar and Singh among Hindus. Adding such names to theirs – whether Kumar or Khan- is apparently more common among sections who prefer not revealing their actual caste-identity. In addition, the prevalence of tendency of certain individuals of using only a name, which does not reveal their religious identity cannot be missed. This is marked by their using only one name- without a middle or surname. This may or may not be their actual name but is probably used so as not to reveal their ethnic identity. Usage of single terms such as Bablu, Guddoo, Kabeer, Raja, Babu, Chand, Kamal, etc as names reflects this trend in urban areas. Recent years have witnessed increasing popularity of westernizing names. Thus Jamil may call himself Jimmy, Anirudh as Andy and so forth.

The preceding points have been specifically taken note of to draw attention to importance accorded by numerous citizens about not openly revealing their ethnic identity to persons they may be dealing with during course of their interaction especially while pursuing their jobs. It may be linked with their being strongly conscious of perhaps not feeling safe and/or comfortable about doing so, economically as well as socially. The hard reality of a bias and discrimination existing against certain sections cannot be ignored. Against this backdrop, what can be said about importance being accorded to new President’s tribal identity? She is an educated lady with considerable political experience behind her. Besides, she has overcome several personal tragedies and risen to this level. It is not possible for all individuals, irrespective of their gender or ethnic identity to succeed in defying such weak phases in their lives and emerge as stronger personalities than before. The point being laid stress on is that her success in her own personal life has not been simply decided by her tribal identity or her gender. But of course, at this stage, emphasis is being laid on it for political reasons which have motivated her selection to serve as President. The same was responsible for selection of Kovind. In his case too, little importance was apparently accorded to his being well-educated.

Of course, political compulsions and strategies cannot be pushed to sidelines when playing upon ethnic identities. And yet doing so at practically all levels- from heaping honors on few to targeting others – is hardly in keeping with secular and democratic principles, Indian leaders as well as citizens are expected to respect and practice. It will take perhaps generations before ethnic identities cease to guide socio-political as well as economic concerns, with individuals’ qualifications being accorded substantial importance. All individuals and/or sections of society have the right to be proud of their respective identities- caste, religion, regional, etc. But usage of the same for gains at various levels and/or to target others amounts probably to these being reduced to acting as pawns for those commanding them and/or deciding their stakes.

Certainly, each individual has the right and freedom to be as proud or whatever about his/her ethnic identity. But something, rather a lot, seems amiss when the same is pushed to the forefront and what has been gained by hard work, talent and experience is practically given little importance. In this context, in all probability, the trend cited of individuals using names so as not to their ethnic identity is also motivated by desire to be known by services they can offer and not let the same be overshadowed by what has been decided by their birth.

The manner in which socio-political strategies -based on ethnic factors – are exercised during elections at practically all levels only suggests that fate of Indians is decided by what no one has command over, that is ethnic identity decided by their birth. Election of 15th President of India may also be viewed as part of this bracket. Murmu’s election, prior to her that of Kovind and others to hold country’s highest office are only symbolic displays. They hardly signal end of bias and discrimination against people at numerous levels. Not surprisingly, the majority of deprived still remain deprived and their sufferings continue, socially, politically and economically.

Sadly, India still has a long way to go before all citizens are considered as equal. Incidents of terrorism taking place, particularly those marked by targeting non-Whites, only suggest that a similar trend is visible in United States too!