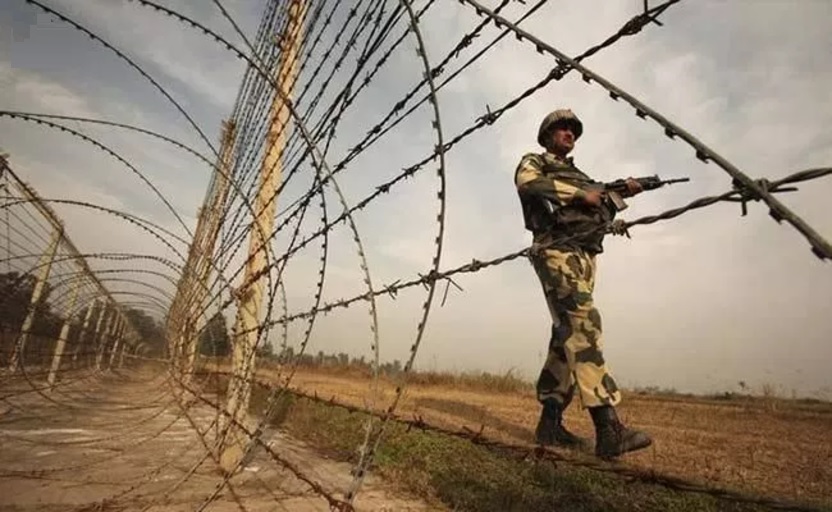 A Bangladesh-based rights watchdog on Monday said at least 25 Bangladeshi civilians were killed by the Indian Border Security Force (BSF) in the first six months of the current year.

In a report, Odhikar said the BSF injured 17 others and abducted another three Bangladeshi citizens.

“[A total of] 45 Bangladeshi nationals have been victimized by the neighboring border force between January and June, 2020,” the report said.

According to the data preserved by Odhikar, till the date since 2000 a total of 1,210 Bangladeshi civilians have been killed by BSF while 1,135 others wounded and 1404 abducted.

Referring to a much-talked killing of a Bangladeshi teenage student, the report said: “During this period, a BSF member entered Bangladesh and shot dead an SSC [secondary school certificate] examinee engaged in agricultural work.”

Shimon Roy, 16, was allegedly shot dead by the BSF on April 19 in the northern border district of Thakurgaon, according to local media reports.

“Our field-level officers and high-level officials at the headquarters have sent several protest letters against those killings,” Rahman said.

“Unfortunately, there have been killings at the border and we cannot assure that it will not repeat in the future,” he added.

Responding to the report, S. S. Guleria, a top BSF official at the South Bengal Frontier headquarters in India, told Anadolu Agency at least 10 Bangladeshi nationals died at the southern side of the border.

“Transborder crimes are at an all-time high here. Mostly they [Bangladeshis] come to procure Phensydl, a cough syrup used as a drug by youngsters. Bangladesh has banned the syrup and thus this youth tries to procure it from India,” Guleria said.

He further said that at least 6,000-8,000 “illegal migrants” were returned by the forces last year. In some cases, he added, food was also provided when necessary.

“Only criminals and those who attack our men are killed. At least nine BSF personnel have been injured by these notorious illegal infiltrators this year. Last year, we lost three BSF members, while 45 got injured. The criminals died as an act of self-defense by our BSF personnel […] to prevent infiltration and smuggling, youth try to cross the border to supply or procure drugs,” added Guleria.

He stresses that sanctity of the international border has to be respected by both sides.

The report said that the human rights situation in Bangladesh “during this [COVID-19] period was extremely worrying.”

It added that in the first six months of the current year, at least 158 people were subjected to extrajudicial killings.

“This report reviews violations of civil and political rights, including state repression, deprivation of the right to life and other important human rights violations. During this period, the government brought social media under scrutiny to curb citizens’ right to freedom of speech, thought, conscience and expression,” the report said.

It said under the controversial Digital Security Act, at least 96 people — including journalists — were arrested, adding that 78 journalists were tortured across the country in the said period, mostly for reporting alleged irregularities by the government while managing the COVID-19 pandemic.

Speaking to Anadolu Agency recently, Bangladesh Home Minister Assaduzzaman Khan, however, said that “no extrajudicial killings have occurred in Bangladesh.”

“During anti-criminal drives, police sometimes come under attacks by criminals first and then they [police] have to retaliate for their safety,” he added. [Source: Anadolu Agency]

*Cheena Kapoor in New Delhi contributed to this story.