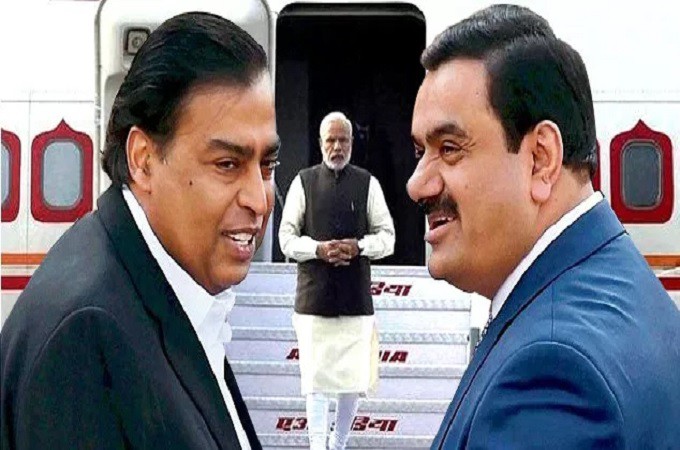 The coronavirus pandemic and the subsequent lockdown in India made the rich richer said a report by Oxfam. The report – titled The Inequality Virus – said the wealth of the country’s billionaires increased by an estimated 35 per cent during the lockdown, while 84 per cent of households suffered varying degrees of income loss, and 1.7 lakh people lost their jobs every hour, in April 2020 alone.

It also said income increases for India’s top 100 billionaires since March 2020, when the lockdown was enforced, was enough to give each of the 138 million poorest people a cheque for ₹ 94,045.

In August, Mukesh Ambani was declared the fourth richest man on the planet.

In the months prior and after, lakhs of migrant workers were left without jobs, money, food or shelter after the world’s strictest lockdown was enforced with little warning.

The report also said that if India’s top 11 billionaires were “taxed at just one per cent on the increase in wealth during the pandemic” it could increase allocation to the Jan Aushadhi scheme – which makes quality medicines available at affordable prices – by 140 times.

It also highlighted inequalities in access to healthcare, arguing that Covid protocols like social distancing and washing of hands were “a luxury when 32 per cent and 30 per cent of households live in one room and two room houses, respectively, in urban India”.

A global version of the same report flagged similarly distressing gaps in income inequalities – exacerbated by the pandemic – across the world.

“Worldwide, billionaires’ wealth increased by a staggering $3.9 trillion between March 18 and December 31, 2020… at the same time it is estimated that the total number of people living in poverty could have increased by between 200 million and 500 million,” the global report said.

According to Oxfam, the increase in the wealth – just since the crisis began – of the world’s 10 richest billionaires is “more than enough to prevent anyone on Earth from falling into poverty because of the virus, and to pay for a COVID-19 vaccine for everyone”.

Among the suggestions made to the Indian government to address such inequalities, Oxfam has suggested immediately revising minimum wages and enhancing these at regular intervals.

It also called on the government to impose a two per cent surcharge on those earning over ₹ 50 lakh and introduce a temporary tax on companies making windfall profits during the pandemic.

“It is time for the Government of India to take specific and concrete actions to build a better future… citizens’ voices seek a more equal and just future,” the report said.