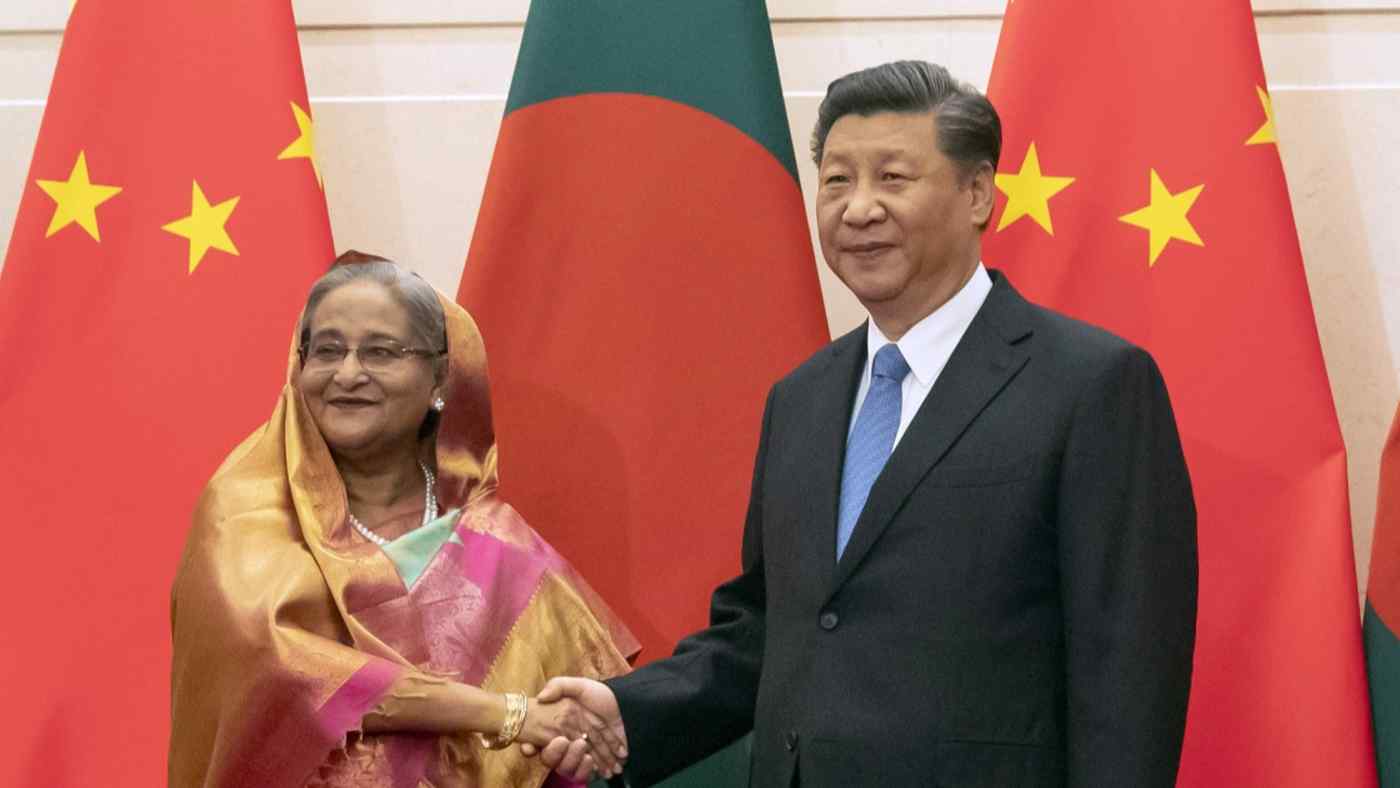 NEW DELHI — With China preparing to set up a maintenance facility in Bangladesh for surface-to-air missile systems it supplied in 2011, alarm bells are ringing in New Delhi.

The deal on the maintenance hub has not been officially announced either by Beijing and Dhaka, but a senior Bangladeshi diplomat confirmed to Nikkei Asia that the two countries have reached agreement on the facility.

He said, “Beijing and Dhaka want to keep this development under wraps currently as China is under increasing scrutiny from the West — particularly the U.S. — for upsetting the security balance in Asia with its territorial aggression.”

He added that the formal announcement of the missile deal has been complicated by Russia’s invasion of Ukraine “which has led the world to cry out for peace rather than war.”

The facility, in which Chinese company Vanguard is a partner, is part of a raft of Chinese military-related investments and supplies going to Bangladesh that also includes warships, naval guns, anti-ship missiles and surface-to-air missile systems themselves.

According to the Stockholm International Peace Research Institute, a Sweden-based think tank, Bangladesh procured some 17% of all Chinese military exports from 2016 to 2020, making it China’s second-largest arms customer, after Pakistan.

A senior official of India’s Ministry of Defense told Nikkei Asia on condition of anonymity that though Bangladesh considers itself a “close ally” of India, it likes to maintain close commercial and military ties with China. “The two signed a defense cooperation treaty in 2002, which includes weapons production. And defense ties have further deepened between the two, with Bangladesh’s military personnel also being sent to the People’s Liberation Army institute for training,” he said.

In 2016, Bangladesh also acquired two submarines from China to boost its naval power, at a cost of $203 million. This came despite the fact that Chinese-supplied defense equipment — trainer aircraft as well as naval frigates — had previously developed snags. The F-90 missiles supplied by China also reportedly ran into controversy in Bangladesh last year due to technical glitches.

Be that as it may, defense analysts predict that Bangladesh’s growing and vigorous military partnership with China will embolden the former while exerting pressure on India.

“The setting up of a missile facility, and China’s other military engagements with Bangladesh, is nothing but psychological warfare on India by China. Beijing is sending a strong signal to India that the country has now come into the Chinese orbit,” said Srikanth Kondapalli, professor of Chinese studies at Jawaharlal University, New Delhi. “This will bolster Bangladeshi sentiments, lead to domestic political reconfigurations like the mushrooming of pro-China groups within Bangladesh and further heighten the Chinese footprint within the country.”

Kondapalli told Nikkei Asia that the Dhaka-Beijing camaraderie does not pose an existential threat to India, “nor can we object to the military partnership between the two, as they’re sovereign states — but it does amount to China crossing a line.”

He noted that relations between Bangladesh and China were not friendly to begin with. “Beijing was critical of the creation of Bangladesh in 1971 and even exercised its first-ever veto as a U.N. Security Council member against the freshly minted country to scupper its entry into the United Nations,” he said. But they have moved closer since 1974, when the two established diplomatic relations, and Dhaka joined China’s Belt and Road Initiative in 2016. Some analysts also see Beijing’s growing proximity with Bangladesh as part of its efforts to dilute India’s relationship with neighboring countries including Sri Lanka, Nepal and the Maldives. “This is the reason [Beijing] felt insecure and threatened Bangladesh to not join the U.S.-led Quad” in 2021, said Ashok Sajjanhar, India’s former ambassador to Kazakhstan, Sweden and Latvia, referring to the U.S., India, Australia and Japan bloc. Neither Bangladesh nor any Quad members has admitted on record that the bloc had invited Dhaka to be a new member.

The diplomat said that as a countermeasure, New Delhi is rightfully strengthening its own outreach to Dhaka. “India had granted a credit line of $500 million to Bangladesh for defense imports, while the Bangladesh Army received 18 120mm mortars in December 2020 as part of the two countries’ army cooperation,” he said.

Given China’s growing influence in South Asia and the Indian Ocean states thanks to its checkbook diplomacy and growing role as an arms provider, India needs to tread cautiously, experts warn.

“Chinese aggression and geopolitical ambitions have made South Asia a hotbed of power competition,” said former Indian Foreign Secretary Kanwal Sibal. “India must fight back to keep Beijing out of its own strategic backyard in a three-pronged manner: by advancing domestic policies for development and economic recovery; engaging proactively with all its neighbors; and bolstering deterrence.”

Kondapalli is of the view that going forward New Delhi will likely step up its countermeasures against Beijing by supplying missiles and other defense equipment to other Asian countries.

“We’re already sending [India-developed] Brahmos missiles to the Philippines; we’ll now probably broaden our outreach to other anti-China nations like Indonesia, Malaysia, Vietnam for such supplies,” he said. “Also, to reset the equation with Dhaka, there will likely be a joint statement issued soon emphasizing [without naming China] that neither Delhi nor Dhaka will be involved in any misadventure that might threaten peace and stability in the region.”