India: The Conundrum in EIA 2020: Unfolding the drafts and concerns 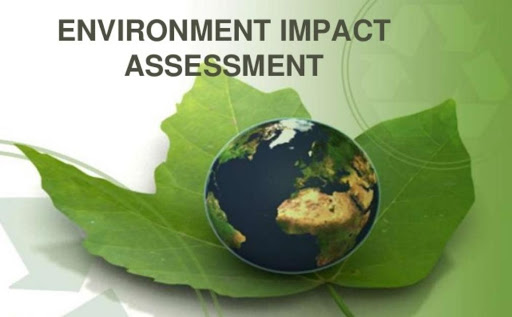 In the midst of pandemic in a delayed manner on March 23, 2020, the Ministry of Environment, Forest, and Climate Change finally released the much-awaited draft of the Environment Impact Assessment (EIA) 2020 notification in the official gazette the draft is delayed by 19 days. Within, the days of notification and release of the EIA draft it has been strongly criticized by environmental and climate change activists across the country. The new draft is not progressive in its true sense from the drat of 2006 but it is regressive as stated by many environmental experts. The concern from the draft is not only the environment-related issues but it also creates a dilemma on the legal gamut as on the very basic principle of rule of law. This article explores the conundrum of EIA 2020, along with the paradigm shift of the public.

From where it started: Background

The main issue that needs to be addressed along with the economic neoliberalism at the inception time of economic development all around the world is the issues related to the environment. The watershed step by the global community to achieve the same was the Stockholm Conference (1972). India is also a signatory to this conference and to protect the environment along with the consonance on the concept of sustainable development India enacted new laws after it. But it was only after one of the greatest Industrial disasters (Bhopal Gas Leak) of Indian history till now we had come with the umbrella act titled Environmental Protection Act, 1986.  The EIA is a part and parcel of that Act, for the first time India has notified EIA norms in 1994. But the inception of EIA working can be traced back behind 20 years, it started un 1976-77[i] when the planning commission has asked the Department of Science and Technology to examine a river valley project.

In the Indian context, EIA is statutorily backed by the Environmental Protection Act, 1986 which laid down various provisions on EIA, setting up a legal framework for regulation activities that are significantly pertaining to effect, utilize and access the natural resources.  The draft notification is issued under the powers vested in the union government under the umbrella act to take all protective measures and also to ensure the public participation  After the 1994 EIA notification replaced with a new draft in September 2006 for ensuring and protecting the environment in a more fruitful way to make EIA “process more transparent and expedient”

UNEP defines EIA as a “tool used to identify the environmental, social and economic impacts of a project prior to decision making”[ii]

This process tells us that we should see what is the impact of any project on the environment will be. If a coal mine is going to be built somewhere, then how many forests would be axed in the process? We should look at both the pros and cons of the projects, and through EIA we have to try to minimize the cons of that project.

The principle behind EIA

From the very start, there is the weak implementation of EIA and now the proposed draft comes with even more new problems when we are still not able to implement the EIA properly. The EIA draft 2020 comes up with multidimensional problems and issues, in the 80 pages, the government describes the proposed EIA that will replace the EIA of 2006. This draft instead of making the environment Act stronger, it makes it weaker. At the initial view of it, the draft is much economic concerned and not that much environmental concerned which is its prime objective.

The reasoning given by the government behind the new draft is streamlining the EIA process and to bring it in accordance with the recent judgments given by the Apex court but the Draft EIA  is not in any way doing it, on the other hand, it just shrinks the already existing scope, hindrance on public participation and removes some of the teeth it did have. Some of the major blow by this draft is discussed further here.

From this step, the project operating in violation of the Environment Act will now be able to apply for environmental clearance, this step is in contravention to the very genesis principle of EIA i.e. precautionary principle. It is a mere reiteration of the March 2017 notification for projects operating without clearance. This issue cannot be oy viewed through the sphere of the environment but also at first look it in terms of rule of law. In fact, the Apex court held that “ex post facto environmental clearances” is contrary to law.[iii]

The ongoing project that is operating without environmental clearance now can be cleared after imposing some minor fines for the violations. This step is a clear violation of the spirit of the environmental protection Act and due to this step, what could be earlier ratified will now find itself notified in the draft, here it is a clear case of sidestepping the order of the judiciary by the government to act according to its choice. This step is more favorable to the industrialists, it is not in any way beneficial for the environment. The very recent example of this decision can be seen in a disaster of the Vizag gas leak of LG Polymer, that plant is functioning even without the environment clearance and there are many more disasters that affect the environment, people, and economy.

Violation of Doctrine of Public Trust

The new draft exempted the public hearings that are a clear violation of the doctrine of public trust, Public hearing needed for Category A, Category B1. The duration of public hearings has been reduced. Earlier, 30 days were designated for a public hearing. Now, only 20 days would be provided.[iv]  This is not a reasonable time in any way as the people affected by the project are mainly forest dwellers so they might not be aware of the same even for a prudent person the time is less as to assess the impact of the project and to inform the concerned government officials.

Public participation is exempted as if any project violates an environmental law then the public has no right to point out that violation. According to this new draft, this violation can be revealed by the violator himself or the government.[v]

Until now, any project that was concerned with national Defence or security then that project was put up for public hearings and the information related to it was not made public which is right because it is not necessary for some important matters that concern national security. But in the new draft says that the strategic consideration projects will be decided according to the government and on the discretion of the government, public information regarding that would not be revealed by the government and no public hearings would be held.[vi]  Some areas also referred to “economically sensitive areas”.

This draft reduced the frequency of reporting requirements from every six months to once a year and it increased the period of validity for approvals in some important sectors. Also, the government has defined several projects that would be exempted from public consultations. Increased discretionary powers of bureaucracy.

Bhopal Gas tragedy among the world’s major industrial accidents of 20th century: UN, Massive fire at Assam’s Baghjan oil well that has been spewing gas for two weeks, and Vizag gas leak there are many more disasters. And on the global level, the most recent one is the Beirut disaster that killed 70+ people and 4000+ are injured.  These all are different disasters where EIA has neglected grossly especially the recent Vizag gas tragedy where the plant doesn’t have environment clearance. We need more strengthen monitoring requirements but the new draft is not able to provide it.

The objective of EIA is to balance a striking feature between sustainable development and economic growth along with the environmental safeguard but neither the Industry people nor the environmentalist is happy from it. Industrialist complains that EIA regimes dampened the spirit of liberalization, leading to red tap and rent-seeking. Long delays in getting clearance whereas environmental expert says that the EAC i.e. expert appraisal committee is just a rubber stamp.

The new draft in all and all focuses mainly on many exemptions with little environmental concerns addressed also it is saying us “Grow now, Sustain Later” which is a too gross violation of multidimensional things from different doctrines to basic environmental principles. This draft needs some specific changes so we can call it EIA in a true sense as in the present status it more like to say it EIA i.e.  Economy Impact Assessment. Development must be sustainable and democratic that includes all stakeholders. In all and all simply this draft denies the people to raise their voice for environmental protection and loaded the bureaucracy with much more ammunition in their hands.