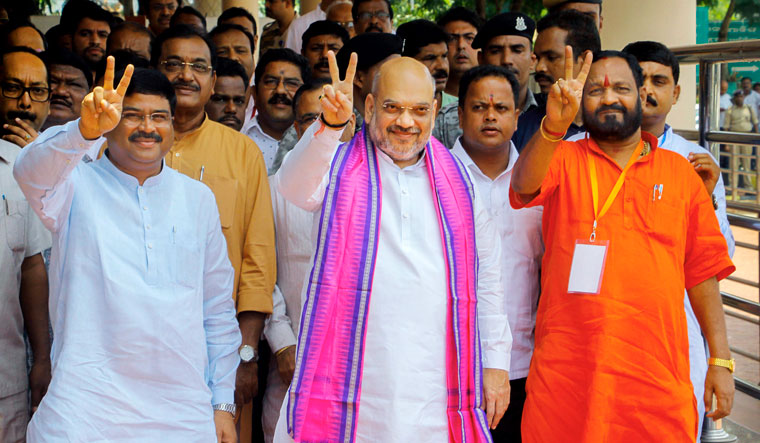 Seventy-five year old Naveen Patnaik will be nearing 80 when Odisha heads for the next scheduled assembly elections in 2024. He is credited for his sharp political strategies which have helped him stay as state’s chief minister for the fifth consecutive term. Biju Janata Dal (BJD) founded by him on 26 December 1997 is recognized as the most successful and longest surviving regional party of Odisha. The party is named after his father, Biju Patnaik (1916-97), who served twice as state chief minister. Patnaik has stayed the state chief minister since BJD contested first assembly elections in 2000. The party has also registered a notable entry in Indian Parliament.

Clearly, political drama likely to unfold more strongly in Odisha during 2024 parliamentary as well as assembly elections has already begun displaying its colors. Of this, election of Draupadi Murmu as 15th President is perhaps a minor, symbolic reflection. She is not just the first tribal, but is also first person from Odisha to hold this post. Patnaik did not take long to come to grips with this game being played by Bharatiya Janata Party (BJP). He did not waste time in extending his party’s support for her and make ample noise in Odisha to display the degree to which he favored her election as well as “campaigned” for it. He has talked of Murmu having made every “Odia proud”. Considerable coverage is also being accorded to their (Murmu-Patnaik) brother-sister relationship.

Prior to her stepping into Rashtrapati Bhawan as President, Murmu described Patnaik as her “rakhee-brother,” who had extended his party’s support to her even before she had asked for it. Irrespective of whether she belongs to his party or not, Patnaik has used all possible cards to publicize her regional roots and his support for her. This has certainly pushed Murmu’s political linkage with BJP to the background.

Patnaik’s cards have overtaken attempts being made by local BJP to claim credit for Murmu’s success. These include celebrations organized by BJD across Odisha on Murmu’s victory leaving local BJP leaders probably feel fairly subdued.

At present, BJP is the opposition party in Odisha Assembly. There is no secret about BJP’s political agenda. Jayanarayan Mishra, the recently appointed Leader of Opposition (LoP) has stated that BJP’s motto is Congress-Mukt Bharat (Congress-Free India) and BJD-Mukt-Odisha (BJD-Free Odisha).

BJP-stalwart and Union Home Minister Amit Shah’s eye on extending his party’s base in Odisha is marked by his trips to this state. West Bengal is probably one example illustrating that non-regional leaders’ visits can play little part in influencing regional politics. Patnaik’s success in his own terrain marks this further. Besides, BJP’s hope of turning cards in its favor by selecting Murmu from its party for Rashtrapati Bhawan has been considerably deflated by political strategies exercised by Patnaik.

Statistically, in 2019, BJD won 114 seats to147-member Assembly, BJP-22, Congress-9 and CPM-1. In 2014, BJD won 117 seats, Congress-16 and BJP-10. Odisha is represented by 21 seats in Lok Sabha. Of these, in 2019, BJD won 12, BJP-8 and Congress-one. During 2014 polls, BJD won 20 seats and BJP-one. At present, BJD has nine members in Rajya Sabha. From one angle, BJP is hopeful that selecting a tribal lady from Odisha as President will help it gain tremendously in forthcoming Lok Sabha as well as assembly polls. Scheduled tribals constitute around 23% of Odisha’s population.

The political reality that Patnaik-led BJD has succeeded in not letting BJP gain even a fourth of seats in state assembly in 2014 and 2019 elections cannot be ignored. This signals limited importance of even Modi-wave at the regional level. True, BJP has gained in Lok Sabha. Numerically, however, BJD has stayed ahead of BJP in representation from Odisha. It is as yet too early to speculate on possible shifts in the coming years. Nevertheless, prospects of Patnaik let state slip from BJD’s reins to BJP in 2024 seem fairly slim at present. BJP does not have a regional leader of his caliber to give him a strong fight. It may be noted, a similar weakness was probably responsible for BJP’s failure to push Mamata Bannerjee-led TMC out of power in 2021 West Bengal Assembly Elections.

Besides, Patnaik’s political astuteness has led him entertain a political understanding with BJP at national level as and when needed but without compromising on BJD’s hold in Odisha. Speculations may be circulated on BJD’s future after he chooses to retire from politics. At present, Patnaik has displayed no such inclination. Congress poses no threat to either party marked by its diminishing presence in assembly. Against this backdrop, unless desperate political cards are exercised to field numerous candidates and divide votes, 2024 elections are likely to be a straight fight between BJD and BJP, with prospects of former retaining its command fairly strong as is now. Irrespective of BJP leaders plans to electorally cash on Murmu’s ethnic identity, chances of Odisha being BJD-Mukt at present or in immediate future seem fairly bleak. Her election has certainly set stage for high political drama, as per BJP’s calculations, but Patnaik’s strategies has only led the applause favor him!