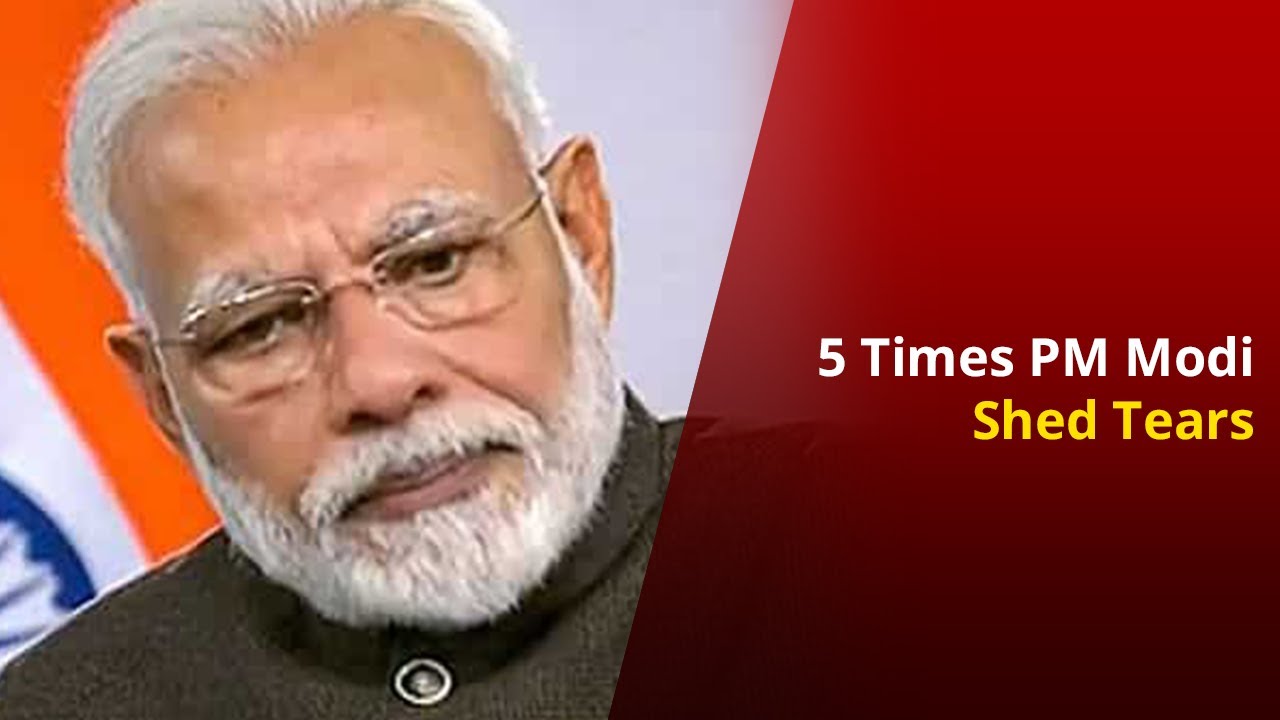 Mr. Narendra Modi often cries as if teardrops can replace misgovernance and hide the failures of his government. The display of teardrops helps to build a persona of human feelings. There is no scientific way to measure whether his teardrops reflect sincerity or master political strategy to hide Hindutva politics of hate. This is an old strategy of politicians to weep to manipulate the public and manufacture their humane qualities. It is becoming a permanent feature of Modi’s politics to hide his broken promises to India’s people. Historically, fascists often display their emotional side to decorate their rhetoric and hide their ruthless leadership under the teardrops. The sinking democracy, loss of public trust in Modi, awful economic crisis, social and economic conflicts are serious signs of a fractured republic in India under the BJP government.

The political journeying of Mr. Narendra Modi from Gujarat to New Delhi is based on well-crafted propaganda full of deceptive image-making and promises. His political success based on his ideological politics of Hindutva and policies of crony capitalism has accelerated the deaths and destitution of many Indian citizens. His tears did not fall either during the end of Hindu karsevaks in Godhra or for the Muslims who died in the 2002 Gujarat riots. The political dividends provoke Modi’s teardrops. He has used teardrops as a potent tool to accomplish his political objectives. Mr. Narendra Modi’s teardrops are master classes acting for reviving his lost glory as a visionary strong man in politics.

Historically, Adolf Hitler, Benito Amilcare Andrea Mussolini, Winston Churchill, and Margaret Thatcher have used tear as a ruthless politics tool. The merchants of power have used wet eyes to hide the failures of their political leadership and sinister politics. The tear shedding is a profound political expression and not an emotional human outburst for this reactionary, authoritarian and fascist leaders.

The acting skills and propaganda can help the actors in cinema, but the politics of performance cannot stay away from people’s everyday realities and their lives for long. The material crisis represented by the rise of mass poverty, hunger, homelessness, and unemployment brings back leaders from their dream journeying of power to the pedestrian path of democratic accountability. The teardrops of Modi might be providing illusionary relief to the fraudulent politics of the BJP and RSS, but no weeping can save Mr. Narendra Modi led BJP government from its quick fall. The farmer’s movement in India reveals the working-class consciousness and exposes the hollowness of Modi’s politics of tear and his diversionary tactics.

In a larger philosophical landscape, the political tear shedding emerges when democratic politics of representation based on people’s needs and desires no longer have a material foundation. Teardrops mark the end of politics of reason, debate, and disagreements grounded in evidence. In the market-driven cultural politics of Hindutva, the RSS and BJP are trying to create a long-lasting emotional space independent of the material reality of people and their everyday sufferings in India. The mass media is accelerating such a transformation in which emotive issues take precedence over daily necessities. The media manipulates the public mind by creating scenes of external threats to national security, heritage, culture, religion, unity, and sovereignty of the country—such propaganda signals to people that we need a strong leader to overcome these crises. The same propaganda machines also offer Mr. Narendra Modi as an alternative leader based on a strong vision.

The tide times reveal the cowards in politics and put all strong men and their political propaganda in the dustbin of history. As time progresses, India’s people realised that Mr. Narendra Modi is a political conman of capitalist forces in India. He has no feelings for the people and their country. He is only interested in false propaganda and captures power through electoral means to facilitate the deepening of capitalism, which marginalises India’s masses. India’s people learn from their everyday realities that BJP and RSS cannot govern and represent their interests. The regular weeping scene of Mr. Narendra Modi is a product of such a situation in India.

Modi’s teardrops are political and lack human emotion. His weeping is a strategy to overcome the crisis created by his ideological politics of Hindutva and economic policies.  It is time to expose Mr. Narendra Modi and his politics without substance.