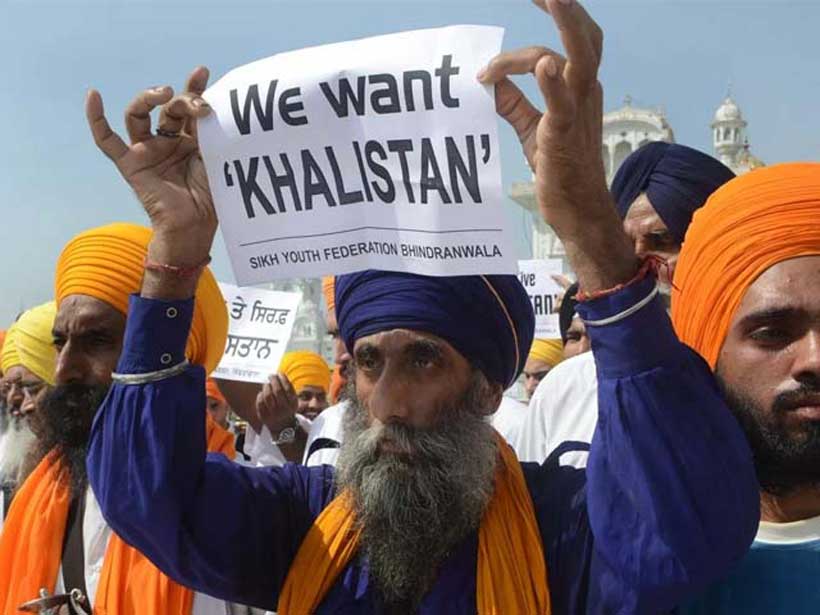 Sikhs in the United Kingdom organized Khalistan referendum at Queen Elizbeth Center, London on October 31, 2021. The referendum continued from 9 am to 6 pm where more than 30,000 Sikhs voted in favor of free Khalistan. Gurpatwant Singh, the Secretary General of Sikhs for Justice said: “The participation by Sikhs in such large numbers has defied expectation of all as we were expecting a huge turnout, but the sheer passion and the numbers that came out have overwhelmed everyone.” Gurpatwant further added that they will arrange referendum in the next phase in three big cities of the UK where large number of Sikhs reside. Similarly, referendum will also be arranged in Europe and Canada where Sikhs populations is in high number. Moreover, the final results of the referendum will be announced by the Punjab Referendum Commission in the next six months.

It is pertinent to mention that on October 31, 1984, the Indian Prime Minister was assassinated in response to Operation Blue Star was ordered by the authorities against Sikhs to limit the Sikh Justice Movement. In three decades since 1984, operations against Khalistan movement caused the loss of 20,000 Sikhs lives by the Indian government operations. This article aims to trace the cause of such move and what challenges it will bring for the Modi-led BJP government where minorities persecution has become a daily routine. Khalistan movement if gets momentum will further encourage Kashmiris to struggle for their right of self-determination.

Since BJP is in power, no minority is safe in India. Whether it is Modi’s Kashmir policy or BJP anti-Muslim and Sikhs provocations, the situation is quite grave when it comes to the rights of minorities. Human Rights Watch in its report in February 2021 stated: Modi’s government has adopted such policies which severely put bars on the rights of Muslims and other minorities. The report further added, “Prejudices embedded in the government of the ruling Hindu nationalist Bharatiya Janata Party have infiltrated independent institutions, such as the police and the courts, empowering nationalist groups to threaten, harass, and attack religious minorities with impunity.”

Similarly, there are a number of organizations which act against minorities under the patronage of BJP. BJP government in December 2019 passed the Citizenship Amendment Act that provided for fast process of non-Muslim asylum seekers from regional countries in India.  Hence, in February 2020, minorities from all faits protested against the BJP policies of citizenship. The central government tried to discredit the protestors especially Muslims by labelling them anti-state. Moreover, thousands of famers from across the country protested against the new forms law last year in November. The BJP leadership among blamed Sikhs for inciting the protest. Likewise, Prime Minister Narendra Modi in a speech in parliament described the peaceful protestors as parasites. Besides, Twitter accounts of those covering the protest were blocked.

Hence, minorities are under extreme stress and deprived of their due rights by the BJP government. Whether it was abrogation of article 370 and 35A, Citizenship Amendment Act 2019, Farm Act, National Register of Citizen, or extra-judicial killings of the minorities, India is no less than a hell for minorities. Now at a time when Sikhs are struggling to have their due rights, the Indian government is using any tactic to suppress them. Indian National Security Advisor Ajit Doval after a couple of weeks after the Khalistan referendum raised the issue with the authorities in the United Kingdom that why such an event was allowed to held.

Henceforth, instead of pressing minorities, the Modi-led BJP should revisit their policies and abandon provocations against minorities in addition to Kashmiris. If the Indian government chart out a balance policy where the rights of minorities are not violated, movements like Khalistan can never happen. More referendum vis-à-vis Khalistan has been announced by the leaders of the Khalistan movements in Europe and Canada where a large number of Sikhs are living.  However, if these repressive policies keep continuing, there would be further such movements in India. Similarly, if Khalistan movement get accelerated, it will further encourage Kashmiris to fight for the right of their self-determination.