India in the wake of a pandemic-driven recession: Massive loss, modest response? 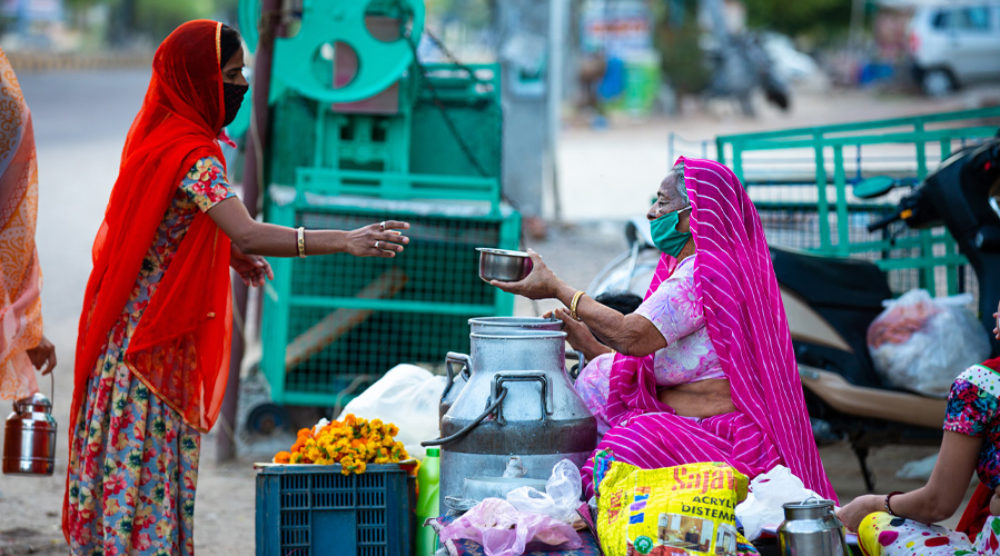 India’s national statistical agency announced on August 31 that quarterly (April to June, 2020) GDP declined by a massive 23.9 percent. This was the largest recorded GDP contraction among major economies (see Figure 1). Thus, the Indian economy is heading towards an unavoidable recession for the FY 2020-21 which could surpass the severity of the five recessions that the nation has endured since Independence in 1947.

The Finance Minister called the latest developments an ‘act of God’.

The tentative observation ‘might even result in contraction’ became a harsh reality soon after the Honourable Minister spoke.

The country’s central bank (Reserve Bank of India: RBI) was fearing the worst when, a week prior to the August 31 release of the GDP figures, it noted:

“…high frequency indicators that have arrived so far point to a retrenchment in activity that is unprecedented in history”.

It also offered model-based estimates that the ‘output gap’ (actual GDP falling short of potential GDP) would be severe (-12 percent). To make matters worse, the RBI, in typically sedate and understated fashion, highlighted the fact that the economy was slowing down sharply well before the onset of COVID-19. Thus, it noted:

“…From Q1:2018-19, (the Indian economy) …lost speed continuously over the next 8 quarters, reaching 3.1 per cent in Q4:2019- 20, the lowest in the national accounts series…” (see Figure 2).Furthermore, it noted with disappointment that investment – a major engine of growth – was faltering well before COVID-19 descended with full force on India:

The irony is that, despite a draconian nationwide lockdown regime, pursued over several weeks during March and April, there is little evidence that COVID-19 is under control in India (see Figure 3). As one economist lamented:

“The bleak data on the economy …and the seemingly runaway COVID-19 pandemic … point to serious shortcomings about the Indian government’s response”.

So, what about the government’s response? The headline statistics, as embellished by the government in May 2020, revealed that the government was committed to spending an impressive 10 percent of GDP to cope with the adverse economic consequences of the current pandemic. The IMF, in its ‘Policy Tracker’ , suggests a mundane package of measures.

“India’s fiscal support measures can be divided into two broad categories: (i) direct spending (about 1.7 percent of GDP) and foregone or deferred revenue (about 0.3 percent of GDP falling due within the current year); and (ii) below-the-line measures designed to support businesses and shore up credit provision to several sectors (about 4.9 percent of GDP). The key direct-spending measures are: in-kind (food; cooking gas) and cash transfers to lower-income households; insurance coverage for workers in the healthcare sector; and wage support and employment provision to low-wage workers. An additional 150 billion rupees (about 0.1 percent of GDP) will be devoted to health infrastructure.”

Is this enough? Not really, says an evaluation from Brookings Institution. The authors of this evaluation note:

“(The) funding responses and relief measures targeted at the poor and vulnerable…falls short as it mostly reallocates funding across existing budgets or allows people to make advance withdrawals on their social benefits rather than mobilizing additional funding. India needs to do more to help the families of low wage workers displaced from their jobs by the lockdown and the weakening economy.”

It remains to be seen whether, in light of the latest quarterly GDP figures, the government will come up with a more ambitious and comprehensive fiscal stimulus package to cope with the dire economic consequences of COVID-19.

Iyanatul Islam is an Adjunct Professor at the Griffith Asia Institute and former Branch Chief, ILO, Geneva. The views expressed in this blog are the author’s own and should not be attributed to the ILO.