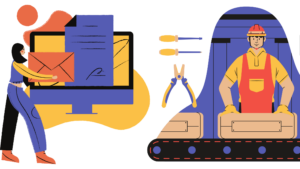 The truth will set you free. Before that, however, it will make you really uncomfortable. The Indian policy landscape, by and large, has gradually started to ignore socio-economic inequalities, especially those based on caste. The country’s competition policy broke away from this pattern, insofar that it never recognized inequality in the first place. A notable reason for this apathy is the argument that social justice considerations do not belong in antitrust policy. Conservatives in multiple jurisdictions have even coined a term for this supposed ‘anti-establishment narrative of liberals’ – Hipster Antitrust. It has been argued that no modern competition policy can efficiently incorporate the concerns of disadvantaged communities. Fortunately, the South African experience begs to differ. In June 2021, the South Africa Competition Commission blocked the proposed acquisition of Burger King South Africa by a private equity fund, ECP Africa, primarily on the basis that the merger would lead to a significant reduction in the shareholding of historically disadvantaged persons in the target firm, from more than 68% to 0%.

South Africa’s competition policy has been hailed for its recognition of apartheid as a reason for excessive concentration of ownership and control and unjust restrictions on the masses to fully and freely participate in the economy. With the existence of deeply entrenched socio-economic inequality in India, it is unfortunate that the country’s policymakers have, time and again, ignored the example set by their counterparts in South Africa. Even the 2019 report of the Competition Law Review Committee, which formed the basis for the latest competition amendment bill, repeatedly refers to the South African policy system, but fails to draw inspiration from its public interest principles.

The lack of sufficient policy backing, however, is not the only reason that socio-economic factors including caste discrimination have not received any competition law attention. The country’s competition regulator, the Competition Commission of India (CCI) has not utilized its enforcement and advocacy powers to address socio-economic inequality either. In order to do the same, the CCI needs to take note of two sectors that have received no enforcement and advocacy attention i.e., the labor market and the informal market.

Caste discrimination is still rampant in the Indian formal and informal labor markets. However, in what is indicative of the state’s approach to the subject, the last National Sample Survey Office (NSSO) report on the employment situation among social groups in India came out almost 10 years ago. Statistics that were published in that report presented a grim picture for Indian Scheduled Castes (SCs). Unemployment rate for SCs in 2011-12 was at 7.3 per cent, significantly higher than the national unemployment rate of 5.6 per cent. The survey also showed that SCs are employed for lesser number of days compared with upper castes. Even though the NSSO stopped taking note of this trend 10 years ago, discrimination in hiring and wages on the basis of caste still exists.

An eye-opening May 2021 paper in the Economic and Political Weekly quantitatively analyzed the extent of wage and employment discrimination on the basis of caste that still persists. Firstly, the paper points out that the average real daily wage for urban salaried workers in 2017-18 was Rs. 216.07 for Higher Castes (HCs) and Rs. 148.65 for SCs, i.e., a difference of Rs. 67.72. Out of the total wage-earning difference, about 55.8 per cent was due to endowment differences, while the contribution of discrimination to wage differentials was about 44.2 per cent.

Secondly, probability of access to regular salaried work was 0.477 for SCs and 0.547 for HCs in in 2017-18. The gross difference in probabilities of getting employment between the SC and HC was 0.070 in this period. Discrimination on the basis of caste accounted for 73% of this difference and difference in endowments, i.e., education, professional skills, work experience etc. accounted for only 27 per cent of the difference.

Competition law concerns in labor markets can primarily take two shapes, i.e., exploitation of monopsony power by employers as well as prevalence of wage-fixing agreements. In the context of labor markets, the term ‘monopsony’ broadly refers to market power that allows employers to determine wages and other employment terms. An employer with monopsony power can decrease wages below the competitive level, reduce rates of employment or determine other terms of employment and even engage in wage discrimination.

A recent study by OECD provides a brilliant example of this. In a hypothetical small, remote town, only one factory exists that employs a number of specialized workers. Acknowledging the absence of other employers, the factory owner has incentive to engage in anti-competitive activities, including setting low or discriminatory wages without losing many workers. Similar instances can be found in India; wherein members of the scheduled castes are discriminated in terms of employment opportunities and wage determination. We have already discussed the gap in wages and probability of access to regular salaried work between HCs and SCs and the extent to which it can be credited to caste discrimination. The same can be attributed, to a certain extent, to the monopsony power of employers in the Indian labor market.

While the impact of monopsony power on caste-based discrimination has not received sufficient empirical attention, scholars have acknowledged that certain castes can be subject to discriminatory wages and hiring opportunities[i], especially if employers in a certain geographical region are less in number[ii]. Wage fixing agreements exist when employers collude to fix or limit a certain wage for employees. The existence of collusion in labor markets, especially in the informal sector, has been observed by scholars[iii]. While anecdotal evidence of collusion to engage in discriminatory wages on the basis of caste, especially in the agricultural sector, exists, empirical research on the subject is scarce. A role, therefore, is also of the Indian academic fraternity to explore arrangements among employers that result in caste-based discrimination on wages and employment opportunities.

Unlike courts in France, Spain and the US, the CCI has not had the opportunity to analyze issues of discriminatory hiring and wage discrimination in labor markets. However, it did have the chance to investigate other issues in the labor market. In the case of Air Works India (Engineering) Private Limited v. GMR Hyderabad International Airport Limited & Anr. (AWI case), it was alleged by Air Works India (AWI), among various allegations, that GMR was creating impediments for AWI in providing services at the Rajiv Gandhi International Airport. It was also alleged by AWI that GMR was poaching its technically skilled employees. While the CCI found a prima facie violation of competition law by GMR on other aspects, it made no observation on the poaching allegation.

While an issue concerning the labor market was side-stepped in the AWI case, it was explicitly considered to be outside the purview of competition law in another case. In Air India Limited v. Interglobe Aviation Limited, Air India Limited (Air India) alleged that Interglobe Aviation Limited (Interglobe) was indulging in predatory recruitment of its trained pilots and inducing them to breach contractual obligations. The CCI did not find a prima facie case on grounds that i) an airline recruiting another airline’s pilots will not bring about structural changes in the operations of the market, ii) there is no bar on Air India or any other airline from recruiting pilots of other airlines after seeking a ‘no objection certificate’. The CCI then proceeded to entirely divorce the labor market from competition scrutiny by stating that “this seems more of an employment issue than a competition issue.”. The CCI provided no reasons to back up its observation that issues of employment cannot be scrutinized under a competition lens. Considering the CCI’s reluctance to acknowledge issues of labor markets, it is unlikely that instances of discriminatory hiring and wage discrimination will be taken cognizance of anytime soon.

Instances of caste discrimination in labor markets are more prevalent in the informal sector, which has not yet been analyzed from a competition lens due to the lack of necessary data.  The CCI, too, has not undertaken any research or advocacy initiatives that can sufficiently analyze a sector that consists of 81% of the country’s employed population. Increased attention to labor markets and the informal sector is a potential starting point to incorporate socio-economic inequalities in the competition law landscape. It is crucial that literature on these areas is developed with the backing of the CCI, the central government and academic institutions.

Indian policymakers, academicians and the CCI have ignored the relevance of public interest generally, and caste inequality specifically, in the country’s antitrust discourse. In order to ensure that competition law can benefit disadvantaged communities, it is necessary that socio-economic inequality is recognized as a legitimate consideration in policymaking, enforcement and advocacy. A shift towards what may be called Humane Antitrust is needed to ensure that competition law and policy truly works for the people.