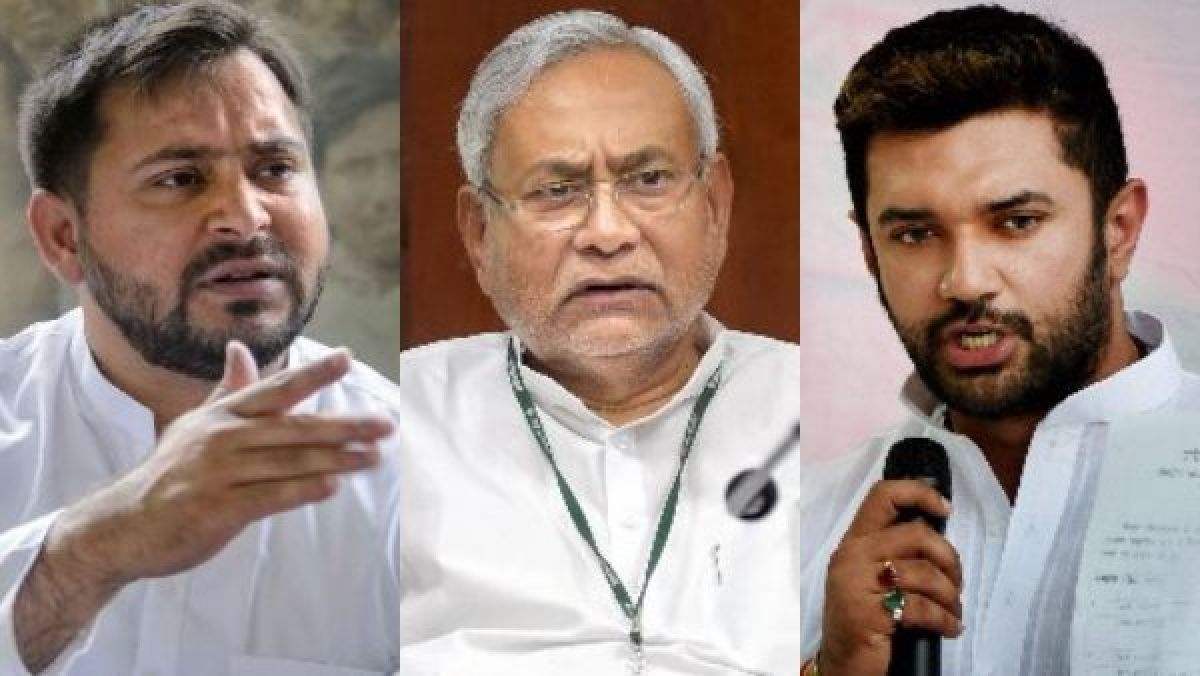 Leading the NDA charge, Prime Minister Narendra Modi flew down to address as many as three rallies where he urged the voters to vote Chief Minister Nitish Kumar back to power

Within a few days, the electoral verdict of Bihar Assembly Polls may spell a few political shocks for leaders and parties in the race. The present Chief Minister Nitish Kumar (Janata Dal-United), desperate to return to power for the fourth term, is apparently a little nervous because of the show put up by his key political rivals. Though Bharatiya Janata Party (BJP) is JD-U’s ally, prospects of Chirag Paswan (Lok Janshakti Party) spelling a political headache for Kumar cannot be ruled out. While Paswan remains a “committed ally” of BJP, he has chosen to oppose Kumar in Bihar. What is perhaps equally unnerving for Kumar is the decision of anti-BJP parties to form a Grand Alliance (Mahagathbandhan) in Bihar elections.

Given that to date, BJP has not had a chief minister from its ranks to head the Bihar government, the possibility of the party trying its hand at this game cannot be ruled out following the verdict. Chances of BJP indulging in political maneuvering towards this end are likely to be decided if Kumar fails to secure a majority or wins by an extremely slim margin. Kumar is not probably oblivious of the statistical significance of his and other party’s performance during these elections. His own political cards were shrewdly manipulated during the preceding parliamentary as well as assembly elections from Bihar.

During 2010 assembly polls, BJP finished second in the race for power winning 91 seats in the 243-member Bihar Assembly. JD-U won 115 seats, while Rashtriya Janata Dal (RJD) secured – 22 and Congress got four seats. BJP performed well in Bihar even though at that time, it was not in power at the center and its campaign did not rely on Modi-wave.

Undeniably, the results of the 2014 Lok Sabha polls leading to BJP with Narendra Modi heading central government as Prime Minister had a definite impact on subsequent politicking indulged in Bihar. Stumped by BJP in 2014 Lok Sabha polls, key regional parties of Bihar did not wish this scenario to be repeated in assembly polls held in October-November 2015. The anti-BJP parties wished to retain their political hold in Bihar. With this vision set before them, a Grand Alliance (Mahagathbandhan) was reached primarily between JD-U, RJD, and Congress to contest assembly polls.

BJP may have performed well in Bihar assembly polls (2015) if Grand Alliance had not been formed. It may be noted, during the preceding 2010 Bihar assembly elections, JD-U, RJD, and Congress had contested as rivals. Their total vote share, 22.50, 18.85, and 8.9% respectively, was more than 50%. The vote share of BJP and its allies was around 40%.  Besides, votes of Yadavs and Muslims, Grand Alliance banked on cashing on Mahadalits’ votes. In addition, with Congress in their team, the alliance was optimistic about gaining votes of high caste Hindus. Of course, there prevailed the risk of high caste Hindus, Mahadalits, and a significant percentage of Yadavs opting to give BJP a political chance. Clearly, this marks importance borne by caste-factor in Indian elections. This also throws questions about Modi-wave’s success in this direction during the 2014 and also 2019 parliamentary elections. While chances of Muslims’ political approach preferring BJP were dim, speculations were raised about the possibility of it being divided because of All India Majlis-e-Ittehadul Muslimeen (AIMIM)’s decision to contest a few seats for Bihar Assembly.

Grand Alliance and its verdict, however, proved to be short-lived as JD-U decided to part company with it on July 26, 2017. Political handshake between JD-U and BJP brought the latter from opposition to power and pushed Congress and RJD to the opposition. JD-U chief Kumar stayed the chief minister. As JD-U had not witnessed any threat from either RJD or Congress, the party’s decision to turn its political back towards them was certainly not welcomed by the latter two. Besides, considering the strict stand displayed earlier by Kumar against the Modi-led government, he’s changing his own political priorities spelled quite a shock for his former associates.  Political statistics apparently guided Kumar to take this step.  He re-calculated BJP’s political moves as well as possible gains in the future and shifted his priorities in keeping with the same.

Kumar’s handshake with BJP was well-timed based on his political calculations, around two years ahead of 2019 parliamentary polls. Kumar did not want his party to face the same verdict in 2019 that it had met in 2014. He acted shrewdly as is suggested by seats won by BJP and JD-U in the 2019 Lok Sabha elections. Nevertheless, at this point, it is difficult to ignore the manner in which BJP was stumped by Grand Alliance in 2010 Bihar assembly polls. If Grand Alliance had not split, BJP may not have performed as well as it has in the 2019 parliamentary elections from Bihar. Besides, BJP’s gains in the 2014 Lok Sabha elections cannot be de-linked from the fact that during that period there was no Grand Alliance. Division in anti-BJP votes probably helped BJP cash on it in 2014 polls. The emergence of the Grand Alliance went against BJP in 2015 assembly polls and its division apparently helped BJP as well as its allies in the 2019 Lok Sabha elections from Bihar.

Against this backdrop, the re-emergence of the anti-BJP Grand Alliance (without JD-U) bears its own significance.  The member parties include RJD, Congress, CPI, CPI (M), and CPI (M-L). Prospects of Bihar’s political destiny being affected by the Modi-wave are fairly limited. Elections at the assembly level tend to be more strongly influenced by regional parties and leaders. Given that more than 90 parties are engaged in a political race in Bihar, a lot may be shaped by whether they succeed in splitting key vote-banks or not. But then this depends on how shrewdly the voters exercise their strategy. After all, Bihar’s political destiny is dependent on electoral cards played by voters. And if they decide not to give another chance to Kumar and no party/alliance wins a majority, a stormy battle for power wouldn’t be surprising!