In Defence of China Pakistan Friendship and CPEC 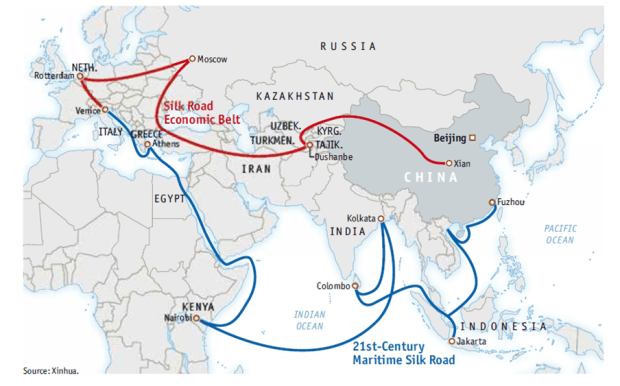 C. Christine Fair in her recent opinion article titled  Pakistan Can’t Afford China’s ‘Friendship’ has tried to muddle the clarity of China Pakistan Economic Corridor (CPEC) reflective of enduring mutually beneficial friendship between the two countries. Her analysis on Belt and Road Initiative (BRI) and CPEC reflects the enormous loss of objectivity for venting opaque views. The concocted incidents cited from the history of Pakistan China bilateral relations shows the failed attempt by an intellectual mercenary who would sacrifice objectivity to vindicate her biased rhetorical disposition under the garb of analysis.
Her “analysis” shows the ignorance of the Chinese model of foreign assistance. Unlike the US that has historically used the foreign aid as a tool to corrupt the local elite for buying their loyalties to serve its interest, Chinese employ foreign economic assistance for capacity building of the recipient state. Such strategy has been highly effective and has helped China to connect and secure goodwill with the people of economic assistance recipient country. Non-interference and development projects instead of cash driven foreign economic assistance strategy by China has bought it huge approval for its enhanced role in developing countries in Asia and Africa.

Economic consensus between Pakistan and China reflected in CPEC is structured on decades old all-weather friendship that has lasted the testing times. As Chinese model, both for military and economic assistance is banked on developing domestic capabilities instead of building perpetual reliance on China, Pakistan has received immense assistance in this regard from all weather friend. In Pakistan, the ongoing process of indigenisation of military hardware technologies is achieved through sustained support from China.

Christine Fair argues that China failed to help Pakistan especially in 1971 war with India. When Indian proxy war by arming and training terrorist organization Mukti Bahni in East Pakistan reached its peak, to avert Indian aggression of direct war, the US foreign policy elite favored the idea that China’s mobilization of forces along Indian border would dissuade India from starting a full-scale war with Pakistan.  Christine Fair deliberately fails to mention the rift between USSR and China at that time and Treaty of Peace, Friendship and Cooperation signed between USSR and India on August 9, 1971, whereby USSR pledged to come to the rescue of India in the case of war against any state. It was this treaty that forced China not to play the role it wanted to help Pakistan.

Destabilization through terrorism sponsoring leading to Balkanization of other states in South Asia is Indian strategy for dominating the region as the largest state carving its sphere of influence riding on the economic rise.  India has a long history of state sponsored terrorism for destabilizing the region through the use of nonstate actors.  In China, the territorial integrity is closely linked to the legitimacy of Chinese Community Party, which is reflected in its foreign policy as well. The BRI is aimed at creating a stable and economically prosperous neighborhood that will augment the dividends of Chinese economic rise at home.

Pakistan and China have offered India to join CPEC for regional connectivity and economic development. Christine Fair who has historically argued that India has the instrument of accession by the rule of the state of Jammu and Kashmir. Hence Indian claim of sovereignty over the state is stronger than Pakistan. She blatantly ignores the fact that sovereignty belongs to the people of the land. The popular uprising against Maharaja Hari Singh before the signing of the instrument of accession with India meant that he had lost the legitimacy to conclude any agreement on behalf of people of Jammu and Kashmir. Maharaja Hari Singh had ceased to be legitimate ruler of princely state Jammu and Kashmir. The argument for Indian sovereignty over Jammu and Kashmir by such instrument of accession is in complete disregard of human rights covenants especially those dealing with civil and political rights. Kashmir is recognized as disputed territory between India and Pakistan under United Nations Security Council resolutions, hence opposition of CPEC by India on baseless claims of territorial sovereignty over Kashmir is not justified. Pakistan wants that the people of Jammu and Kashmir should be given the right to self-determination integral to the basic of human rights and promised by Indian leadership when they took this dispute to the UN.

CPEC will become the engine of peace and stability for Pakistan. The benefits of energy generation projects and communication network for mobility of goods and services will reinforce the efforts by Pakistan to counter terrorism and extremism through economic uplift of least developed areas of Pakistan. Often rhetorical, devoid of empirical evidence charge labeled by the detractors of CPEC is that the project is not commercially viable. Such argument ignores the fact that China initiated this project because China stands to gain massively through CPEC. Reducing the cost of importing and exporting goods through BRI connectivity projects, and securing access to markets, achieving the further competitive advantage that Chinese firms already enjoy will ensure that China becomes the driver of world trade and development in the near future.

While the Western Scholars presume that China is developing Gwadar port as redundancy in case of blockade of Malacca Strait, such narrative ignores the logic of economics. China is diversifying supply routes for reducing the cost of imported raw material especially petrochemicals. For China, the proximity of oil rich Middle East makes Gwadar port natural cost effective choice for imported energy.
Early harvest energy under CPEC are coming online and are helping Pakistan tackle the chronic shortage of electricity for the domestic and industrial purpose. In the past, the US announced plans for giving preferential access to industrial units established in militancy hit areas of Pakistan especially Federally Administered Tribal Areas (FATA), the US came up short on its promise of helping Pakistan to counter terrorism through economic uplift of the society. Instead of giving meaningful market access to Pakistan’s industry, the US has relied on misdirected, meager and inefficient foreign aid that is often squandered. A Recent visit by a high level delegation from Chinese National Development and Reform Commission for reviewing the progress on CPEC related projects especially Special Economic Zones(SEZs) shows that this project is driven by market considerations helping Pakistan and China achieve economic development. In Pakistan, the consensus at societal and state level about CPEC demonstrates the confidence that developing countries pose in China led BRI that is structured on geoeconomics rather geopolitics strategies of the US that have created nothing but destruction and destabilization around the world.