In Afghanistan, Keep Your Eye on the Exit 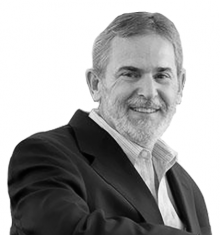 The President’s announcement of his strategy for Afghanistan opens a new era for the 16-year war, yet most of the rhetoric and strategy matches that of two previous administrations. He identified broad goals such as “winning” against terrorists and building a capable Afghan government not necessarily one made “in our image.”  He hedged his commitments: more fighting, but not unending, and more support for the Afghan government, but not unlimited. Overall, the speech however was long on goals, short on strategy, and devoid of specifics.

Let’s go back to basics and try to fill in the blanks. Everything we do there should contribute to this goal of preventing foreign terrorists from establishing themselves in Afghanistan, not lead us chasing new directions and new enemies or vague illusions of a modern government.  Above all, we should remember: if we want something done right, we shouldn’t do it ourselves.

Through 16 years of fighting, after almost 2400 American deaths, the Taliban are still fighting, al Qaeda still has a presence, although a diminished one.  ISIS has come in largely by co-opting Taliban leaders in some districts.  Some of these Taliban have moved back and forth from the ISIS banner.  As the president noted, a wide variety of foreign fighters have joined them.  Our presence seems to attract foreign terrorists.

Fundamental to our strategy, from the beginning to now, is the idea that we could build an Afghan army and government that could expand to fill its territory and deny access to foreigners.  In this, we and they have failed miserably.  Part of the problem, as the president noted, is that we tried to create a systematic bureaucratic and democratic system in a society that operated on tribal and personal connections and that was still riven with rancor from years of fighting.  In Afghanistan, I’ve seen great projects by foreign NGOs and U.S. military (with CERP—Commander’s Emergency Response Program—funds) but those projects don’t build a capable Afghan government.

In fact, we’ve spent less than 10% of our aid on government programs. Despite the enormous sums you hear – over $110 billion on aid and on the military—over 75% of that money disappeared on expensive foreign consultants, administrative, and security expenses from the major contractors who handle U.S. aid.  Only a small portion of that money reaches the people of Afghanistan, nor does the money spent by our contractors, our NGOs, and our military on development help the Afghan government build out its capabilities.

We also need to remember that the Taliban are Afghans, too. They are going to be in Afghanistan after we leave.  In most cases they are locals: fighting for local control within 10 miles of their homes.   Their support has grown because the government, the police, and the Army have failed to provide security and services to the rural population, and according to many reports, steal from and mistreat the population when they do show up.  Are the Taliban good guys?   By no means. But we didn’t invade Afghanistan because they beat women and persecute men without beards.  In a crude way, they provide what the government does not: the crude justice of Sharia law, crude security from government malfeasance, and a crude economy of poppy cultivation.  Evidently, to many Afghans, this is often preferable to the malevolent presence of the government.  The Taliban must eventually negotiate a peace once it is clear they can’t retake control in Kabul.

Thus, to achieve the president’s goals, we need to build out the government, not in our own image but as a capable force to deliver benefits and security to the population. We have a chance now with a good leader in Ashraf Ghani, who has established a merit based civil service and an anti-corruption commission, although divided leadership plagues the government.  We need to spend our money through the government so that Afghans can provide services to the Afghan people.  We might, for example, qualify ministries and programs that can account for their spending.  We can do the same with governors who can meet clear guidelines (no drugs, no foreign fighters).  We can provide greater support to the World Bank-operated Afghan Reconstruction Fund, which spends its money through the government and monitors its use.

We need to learn to spend through the Afghan government or not at all.  Only money that builds out the Afghan government advances our fundamental goal.  Yes, warlords and clans may benefit, and yes, there will be corruption.  We can control but not stop malfeasance, and all the inspectors in the U.S. government won’t change that.

What about Pakistan, the ally we love to hate?  The President, condescendingly, said Pakistan would have to “demonstrate its commitment to civilization, order and to peace.”   Let’s look closer, starting with history.  The United States and Pakistan funded the Haqqani network as one of the most successful and violent groups in the fight against the Soviets in the 1980s. Pakistan’s military and intelligence services retain ties to the Haqqanis, although most of the fighters have now been driven out of Pakistan’s tribal areas and into Afghanistan.  Sirajuddin Haqqani is now head of operations for the Taliban.  The Haqqani and other groups span the border, and Pakistanis now complain about attacks in Pakistan by fighters who come from Afghanistan.

At this stage, with over $50 billion of Chinese investment heading into the country, threatening Pakistan or cutting our declining aid is less likely to change Pakistani positions than in the past.  Inviting a greater Indian role, as the president did, will convince the Pakistanis that they’d better stay involved any way they can, including by ties to the Taliban.  It is worth noting that, as usual, Secretary of State Rex Tillerson was careful to clarify that the he wants India to be involved in “supporting Afghanistan’s political and economic modernization.”  A development role for India is much less provocative than a military one.

What can we expect from Pakistan?  Stabilization of border areas and preventing militants from crossing and funneling support.  Pakistan has taken a major step by asserting government control of the tribal areas, for the first time in either Pakistani or even British colonial history.  We can and should support the extension of Pakistan’s government into the tribal areas.  We can also revive and expand border control.  In the past, we have successfully bridged Afghan and Pakistani differences with tri-partite border monitoring and even coordinated military actions on both sides of the border.   A “virtual wall” monitored by all sides would go a long way towards reducing the mobility of militants that both sides complain about.

So, to sum up:  if the president wants to fight terrorists, help Afghans build their own government, and squeeze out foreign fighters, he needs to focus more than in his speech:

These steps won’t “win” the war or kill all the people –Afghans, Pakistanis, and others—who have taken up arms in Afghanistan to contest for territory and kill Americans.  However, they can strengthen the credibility of the Afghan government and its ability to control territory and thus push the Taliban into negotiation.

Only by building out a credible Afghan government that controls its territory will we achieve the president’s goals.  From the beginning, that was and remains our exit strategy.   We need to keep our eyes on that exit door.

The Author is Richard Boucher

Ambassador Richard Boucher served 32 years at the U.S. Department of State, including roles as Ambassador to Cyprus, Assistant Secretary for South and Central Asia, and Spokesman for six different Secretaries of State. After retiring from the State Department, Boucher spent almost four years as Deputy Secretary-General of the Organization of Economic Cooperation and Development (OECD). Boucher currently teaches at Brown University, focusing on the intersection between diplomacy and… Read More
This article appeared in the Cipher Brief on 25/08/2017